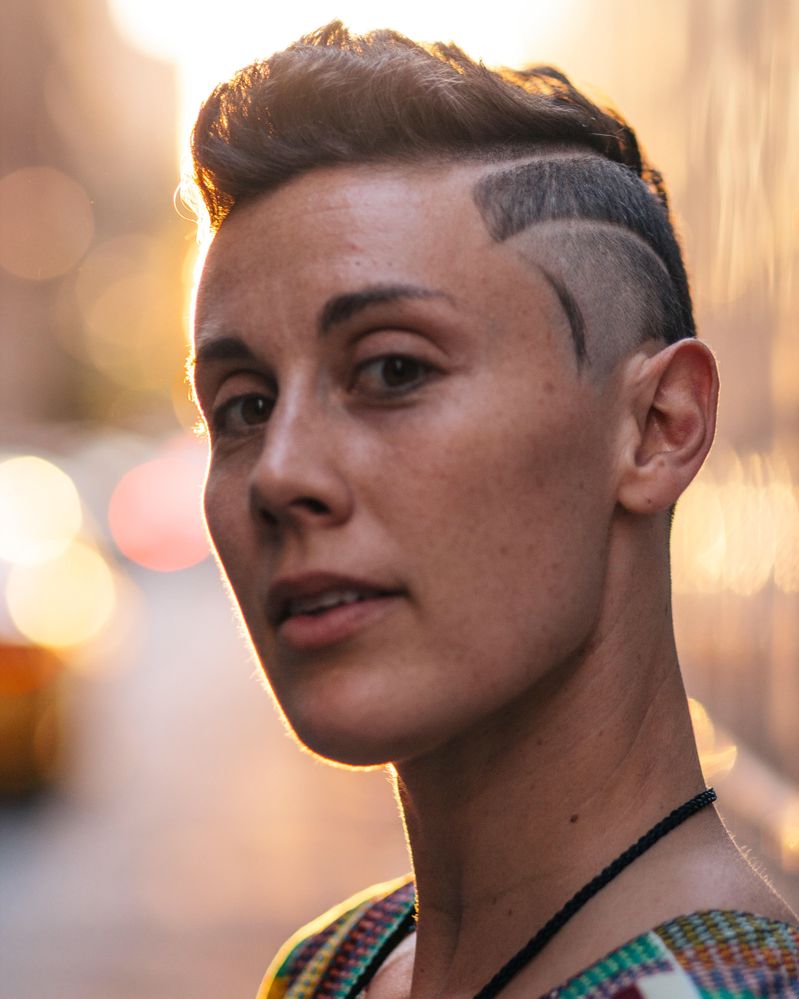 From the age of five until 17, Anna Matuszewski (mah-two-SHEV-skee) spent her childhood training for the Olympics in figure skating. When she injured her knee, the door to the Olympics closed. Happily, another opened, this one leading to a career as an independent ice skating coach and choreographer. Eventually, Anna’s passion for dance led her to start a “floor” choreography business with clients like Macklemore & Ryan Lewis, Nordstrom, AT&T and the Bill and Melinda Gates Foundation.

Since Anna’s parents and her three siblings all own and operate their own businesses, perhaps Anna was always destined to be an entrepreneur. We caught up with her in Seattle in between tour dates to talk about how she’s grown her business over two decades, how she balances single motherhood with worldwide performances and why she spends her free time making art films.

Anna, how did you go from a childhood of figure skating to a choreographer for an internationally famous music artist?

I skated competitively until I was 17, training at the USA National Team training centers with Michelle Kwan and other Olympic-bound skaters. When I hurt my knee, I had to have surgery which put me on a path to coaching skating instead. When you train for figure skating you also take all kinds of dance classes, so I was always doing dance along with skating, but it wasn’t my main thing.

The real story of how I ended up as a hip hop choreographer is after my surgery I took a few dance classes at Westlake Dance Center in Seattle. One day I showed up at the wrong time and accidentally took a hip hop dance class. I just fell in love with it. From there I auditioned for their performing company and did that for a couple seasons. When I was ready to form my own crew, I started my Breaking Point Dance Company.

My company grew into an actual dance school in 2002 until 2009, when I had my daughter, Anyango. I wanted to put my energy into being a mom, and I wanted to try something new. Anyango was one-month old when I did my first show with Macklemore. 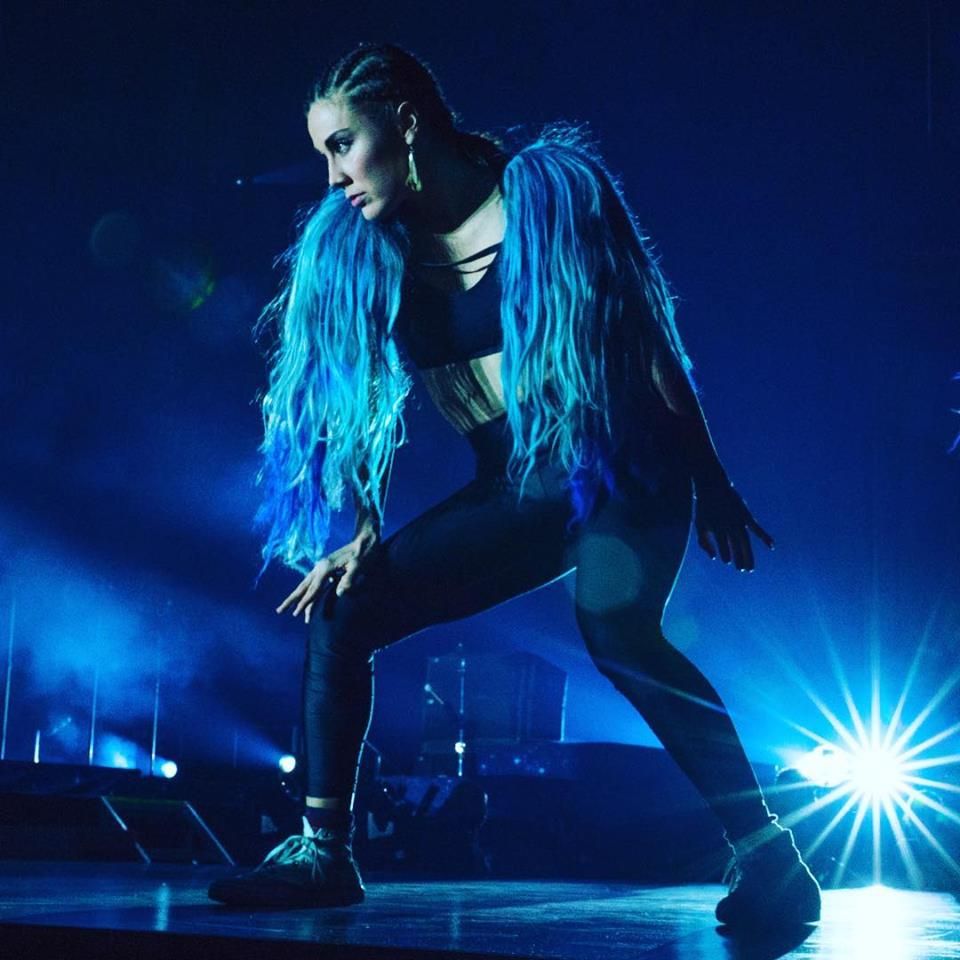 Anna performing with Macklemore at KeyArena in Seattle, WA

How did you end up working with Macklemore?

My daughter’s father -- who was my partner at the time -- was playing trumpet in this band, Macklemore & Ryan Lewis. We would go to all their shows and hang out together. They played small local venues for 100 people max -- this was before they had any big hits. They’d just finished their first EP and were about to do their biggest show ever at Neumos in Seattle when all the scheduled dancers flaked on them the night before. Ben Haggerty (aka Macklemore) called me up at midnight and was like, “Hey, can you put something together for tomorrow?”

I did that show with another dancer friend, and we’ve been performing together ever since -- nearly ten years. I think I’m the longest standing band member in Macklemore! They’d never planned on dancers being part of the gigs, but I just kept rehearsing routines and showing them to Ben. As a result, I made myself a job.

You grew up in the Seattle area and your main client is based here. Did you deliberately choose to stay close to home?

When I was running the dance school, all my peers were leaving for L.A. to book jobs with Beyonce. I stayed here in the suburbs teaching middle schoolers how to do a two-step because I wanted to make a difference in the community. I was seeing the positive effect of dance on people’s lives. These kids didn’t have anything, and dance meant so much to them. That’s still something I really care about, making a difference in my community. Right now I’m teaching 50 local sixth graders a dance for their graduation!

What does a typical day look like for you when you’re on the road touring?

I’ll wake up around 9 a.m. on the tour bus in a new city. I’m usually stiff, and I can’t find my glasses. I haul my broken luggage out from under the bus and go to the venue where we’ll be performing that night. Production has already set everything up for us, so I’ll get some food, take a shower and then explore the city.

We come back for sound check in the late afternoon. We know our routines, so we don’t really rehearse much. I get dinner at catering and handle some business back home on my laptop. 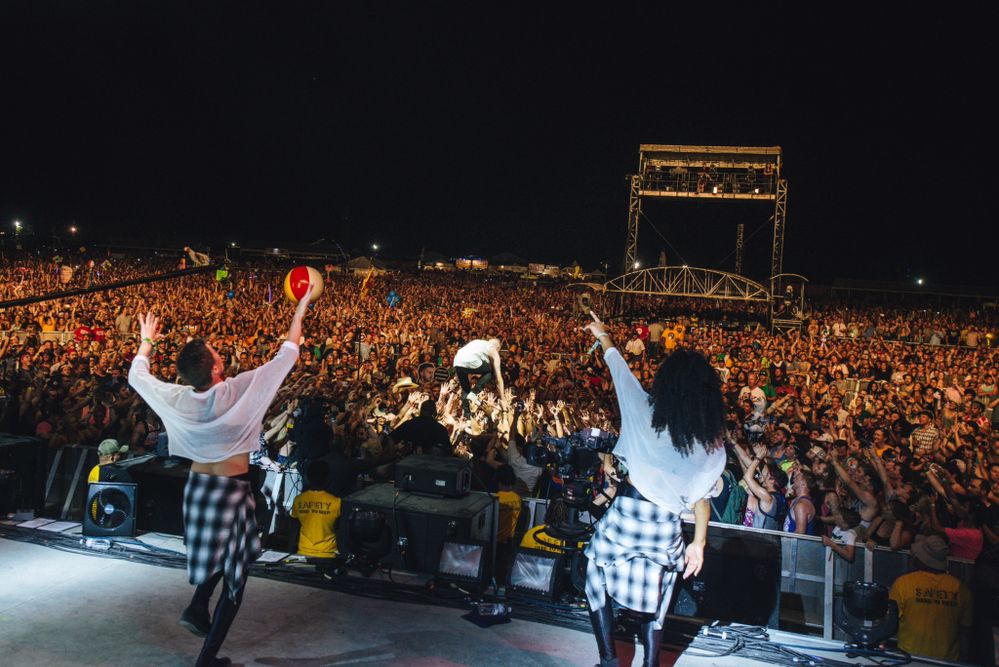 How long are your tours, and does your daughter travel with you?

Our last tour was seven weeks in Europe, but they vary in length. We have about 50 shows between now and the end of August in both the U.S. and in Europe. We’re going to Germany for just one day this weekend!

My daughter has always traveled with me, but now that she’s in second grade, I can’t take her on the road as much. I have to start thinking about transitioning to something more flexible after this summer.

Tell me more about your production company, Teenie Banana Disco, and the videos you make when you’re not touring.

I want these videos to be a layered expression of content -- like a variety show of singing, dancing, acting, mime. Right now it’s me trying to make artsy videos when I have time. We’ve now made about ten videos. I fund the films myself. When they’re done I put them up on our YouTube channel. That’s it!

I’ve learned so much from doing the films, and that experience crosses over into my paid gigs. For instance, when I did a commercial for Sonos I was able to go with the same vibe and choreography I’d been working out for my own projects. For that commercial they needed three sections of choreo, and I had 27 prepared!

What do you love most about your work?

I like the energy of it and the way it exposes me to the world. I have friends all over now, and I love  walking around new streets with new friends and having coffee. Of course, I wouldn’t do it if I didn’t love performing.

I still love skating, too. I still teach, and that makes the best money of everything, believe it or not! People hire me to choreograph their athletes on the ice, and I’ll get hired to come in and do workshops.

What do you most struggle with at your work?

The downside of this job is that it’s so hard physically. If you get injured, it’s game over.  On tour, there are a lot of personalities, so I try to bring my mothering skills and be nurturing to the younger, less experienced people on the tour. I’m not just dancing -- I’m working and supporting an artist and an ongoing project. I try not to bring my own drama.

By the time I come back from tour my body is broken, and my spirit is drained. I give so much of myself when I’m performing, and there’s not much time to refill my well by listening to music, connecting with family and friends and doing other things I love.

What will life and work look like for you after touring comes to an end?

When I’m off the road I focus on being a creative director and collaborating with people on a variety of projects. I feel so much more solid as I get older, and I have learned to trust my abilities. I’m really good at what I do, I know that for sure now.

I would love to work with refugees and do some kind of global dance exchange. What I really want to do is work in film. I’ve done choreography for some big commercials like for Sonos, AT&T and Nordstrom, and I’ve enjoyed that work so I want to be more available for that type of thing.

I’ve recently started doing corporate gigs, too. I created a “flash mob” dance with 100 Gates Foundation employees to perform at their annual employee celebration day. Bill and Melinda Gates were there and they were loving it!

Where do you hope to be in ten or 20 years with your business?

I’d like to be in Thailand on an elephant, sending FaceTime videos of my choreography to people who can use it for the Superbowl. Also, I’ll be making lasting works of art and getting paid for them.

QB Community members, did you ever have a setback that led you into a totally new career or passion? 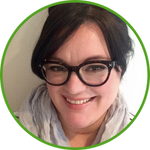 SarahGonzales
I've worked in print, broadcast and digital media for 20 years and managed to start a couple small businesses along the way. I love collaborating with and supporting creative folks who have great ideas. As Content Creator for the QB Community team, I’m excited to help other small-business owners be the best they can be!
Related articles
Related Q&A