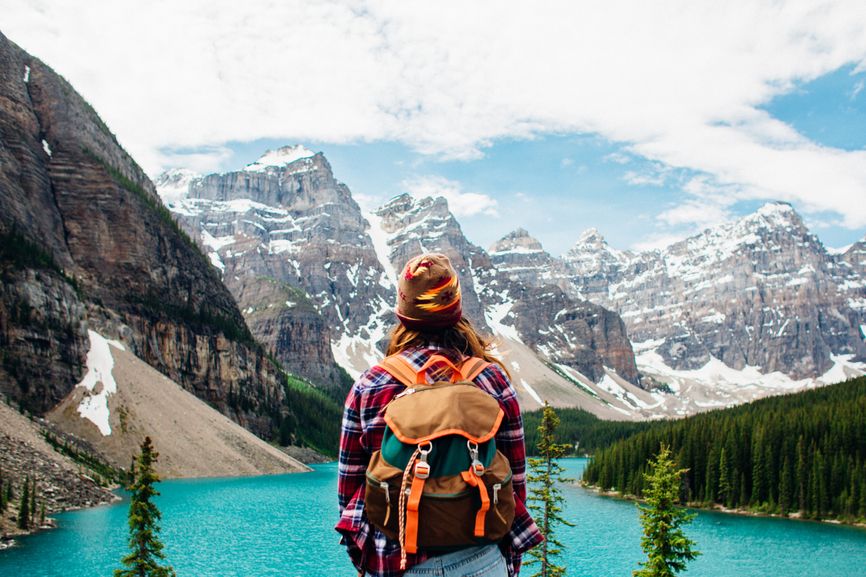 Right now, women are making their voices heard like never before. But women have always been making history, chipping away at the glass ceiling, proving they belong anywhere they choose to be. Breaking barriers is what we do! In business, education, military and elsewhere, women are making their mark and helping others do it, too.

While we love to look forward, where would we be if we didn’t recognize those who came before us? Read about these inspiring way-pavers (all from the U.S.), and then tell us: who inspires you?

Elizabeth Blackwell (1821-1910) was the first woman to graduate from medical school and become a doctor. She did so at the top of her class in 1849, even as she faced administrative pushback. Elizabeth was inspired to become a doctor by a terminally ill friend who wished she could be treated by a female physician. She went on to open clinics serving poor women and children.

Harriet Tubman (1822-1913) operated the Underground Railroad and helped to free slaves, but did you also know she was the first woman to lead a military expedition? In 1863, along with Colonel James Montgomery, Harriet raided rice plantations along the Combahee River in South Carolina in order to free slaves. Another first? She’ll soon replace Andrew Jackson on the $20 bill becoming the first woman on U.S. paper currency.

Madame CJ Walker (1867-1919) was the first self-made woman millionaire in the United States. She started as a washer woman and eventually grew her hair-care product company into an international business. She used her success to help fund the NAACP anti-lynching campaign in 1919 and created scholarships for African-American college students.

Anna Bissell (1846-1943) is considered to be the first woman CEO in the United States. She ran the Bissell company, selling sweepers and vacuums all over the world -- even to England’s Queen Victoria! Anna’s company was the one of the first large employers to offer pension plans and workers’ compensation to her staff.

First woman to start a bank

Maggie L. Walker (1864-1934) was the daughter of a former slave. She opened a bank in the confederacy capital of Richmond, VA as a way to combat racial segregation and strengthen economic freedom for African-Americans. Throughout her life Maggie supported African-American rights, and her home is now designated as a National Historic Landmark in Richmond.

First U.S. woman to win gold at the Olympics

Margaret Abbott (1878-1955) was the first woman representing the U.S. to win first place at an Olympics. She cinched her victory in golfing at the 1900 Paris Games, the first Games that allowed women athletes to compete. Fun fact: Margaret’s mother also competed in the same golf tournament finishing seventh!

Lt. Col. Florence Blanchfield (1884-1971) was the first woman to hold a permanent officer rank in the U.S. Military, which was granted in 1947. Florence had served in the Army Nurse Corps since 1917 and, concerned about the disparity of pay and benefits between ranking officers and the all-woman Nurse Corps, she was instrumental in getting the Army-Navy Nurses Act of 1947 passed in Congress. The Act gave enlisted nurses commissioned rank in the military, ensuring them the same benefits and pay as male officers.

Muriel Siebert (1928-2013) was the first woman to own a seat on the New York Stock Exchange and the only woman to hold a seat for ten years. She bought it when she realized she was making just 60% of what her male counterparts were earning. Muriel went on to found the brokerage firm Muriel Siebert & Company, become New York State’s first female superintendent of banking and to direct New York City’s Municipal Credit Union. She fought her whole life for women’s equality on Wall Street -- including getting a women’s bathroom installed near the trading floor!

Martha Stewart (b. 1941) is considered the first self-made female billionaire in the U.S. The media mogul began her career working on Wall Street and in fashion modeling before focusing on her passion for cooking -- inspired by another American female all-star, Julia Child. Martha gives away millions in charitable donations through her foundation each year.

Megan Smith (b. 1964) was named as the first female CTO under Barack Obama in 2014. Previously, she was a vice president at Google and helped to found the Malala Fund. Today she is CEO and founder of shift7, a technology think tank.

These female pioneers did more than just set “firsts” in their chosen field. Like all good business leaders, they forged a path for other women to follow. We’re grateful for their unwavering efforts and their remarkable achievements.

QB Community members, tell us which historical figure inspires you?