Going for a Different Kind of Gold: 9 Olympians Turned Entrepreneurs 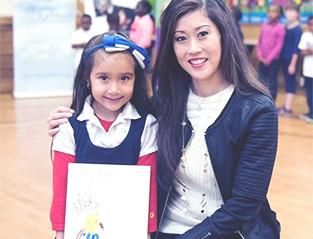 Kristi Yamaguchi's clothing line donates some proceeds to her foundation (image via Tsuyabrand.com)

It's time for the 2018 Winter Olympics and we couldn't be more excited!

Olympic athletes have a lot in common with entrepreneurs. They all have a laser focus on a goal, a singular dedication to do whatever it takes to succeed and a never-wavering determination to beat out the competition. Sounds like the formula for “Starting a Business 101,” right?

Given their familiarity with these fundamental business concepts, it should come as no surprise when Olympians “retire” and go into business for themselves. Here are nine who made a successful transition from winning in sports to winning in business.

This legendary hockey goalie from the 1980 “Miracle on Ice” team that bested the Soviets now runs Gold Medal Strategies, a marketing and promotions firm based in Boston.

Training is expensive, so this Canadian athlete started his business a few years ago as a way to help fund it. He makes “Olympian Survival Bracelets” and sells them on his website.

When a trainer suggested that Michelle use all her senses to visualize herself winning, she started thinking -- what exactly does success smell like? So she started PhiaLab, a perfume and salon products company, after the 2006 Winter Games.

Shannon hurt her knee skiing in 2008. That’s when it occurred to her that she could start a business while she recuperated. So she launched Silver Bean Coffee Company (named for her silver medal in Turin), which she’s since sold. She now runs a motivational event business, Team Empower Hour.

Carrie may not have medaled, but she became the first American woman to score a perfect 10 on the floor routine. Today she’s scoring high with big clients at The Zimmerman Agency, a PR firm in Florida.

Still an Olympian, Ted started and runs his own Utah-based company, Shred, which makes helmets, goggles and more for snow and bike sports.

Mom to four, Haley knows that swimming isn’t just a fun and useful skill, it’s also important for kids’ safety in the water. She founded Water Sprites Swim School in Chico, California after medaling in Athens.

Once called “the fastest man in the world,” this former sprinter opened Michael Johnson Performance, a sports training facility for athletes from youth to pro in Texas.

This Olympic champion launched her own women’s clothing line, Tsu.Ya, in 2012. The company donates a portion of every sale to Kristi’s Always Dream Foundation to support early childhood literacy.

What a great list! What's really striking is how many of these former Olympians have gone on to start ventures aimed at helping people (especially kids) achieve their dreams. It's no surprise that so many of them go on to carve out careers as motivational speakers.

Last year I attended a conference keynoted by Emily Cook, the downhill skier who fought her way back to the Winter Olympics after a terrible accident. She had such a great personal energy. I still get chills thinking about it.

@EmilyCowan I was thinking that too! They all certainly had a lot of people behind them, coaches and support for their elite careers, so it's so cool to see them giving back what they've learned.

In other Olympics news, turns out I'm a huge curling fan! Who knew?!

I always wondered what happened to all these greats. Nice to hear that they all found occupation and are doing well after thier sporting carreers ended.

Get started: Fly through setup and get up and running, fast
This is a Zoom webinar, you must sign up on Zoom to register. Follow this l...
Read more

Fall Cleaning for your Business
Hello Community! I hope you all are thriving, not just surviving. :)We had ...
Read more

Looking for a tool to help you run your business virtually? Intuit Accelerate (Beta) is here!
From the makers of QuickBooks and TurboTax, we bring you a new beta product...
Read more