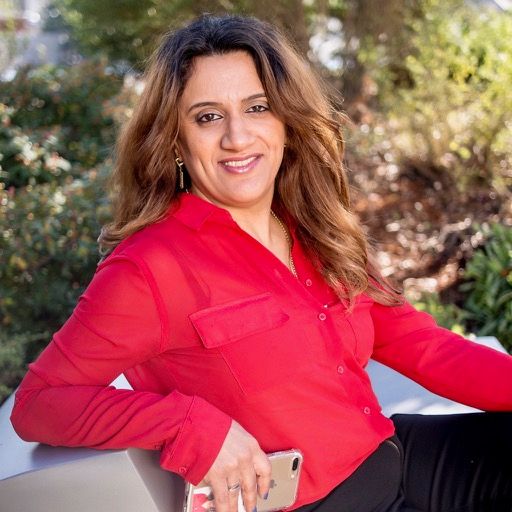 Aytakin “Ika” Aliyeva became passionate about pursuing a career in social media after witnessing the organizational power of Twitter and Facebook during the Arab Spring of 2010. So she came to the United States from Azerbaijan, earned a college degree in social media marketing and, with $300 in her pocket, moved to San Francisco.

Today, Ika (“eye-kuh”) contracts for Instagram/Facebook and successfully launched Femigrants Foundation to support immigrant women entrepreneurs -- but it was a very lonely and difficult start on the road to achieving her American Dream.

We spoke with Ika about building a 2,500-member community of immigrant women, the challenges she has faced and overcome and her ongoing belief in the power of social media.

Ika, what did you do before you founded Femigrants?

Before I came here I had a good job with an oil company in Azerbaijan, but that wasn’t my passion. I wanted to work in social media because, during the Arab Spring in 2010, I saw what an impact it could make and how it was helping people to organize and positively change their government systems. So I came to the U.S. to study this.

After college in Tennessee, I tried out different careers before launching Femigrants Foundation. I was a marketing intern for a news agency, a freelance blogger, I owned a limo service company, worked for a start-up company and I was also a housewife working 24/7 at home.

Working at the start-up company was both educational and a challenge for me as it helped me to gain the experience of working in a fast-paced environment. I learned how to wear a lot of hats and discovered more about my own capabilities. But I always felt that I didn’t have a voice there because I had been isolated from the working world as a housewife for a time, and so I had lost my confidence. However, that experience helped me to to define my future career goals and led me to work for my dream company, Instagram/Facebook. That’s where I regained my confidence, became the best version of myself and was able to use my voice for good -- all skills that gave me the courage to launch Femigrants Foundation.

I am originally from Azerbaijan, a post-Soviet country that borders the Caspian Sea, Russia, Turkey and Iran. I grew up in a community that didn’t accept female leadership and where girls were supposed to get married by the age of 16. Although it wasn’t accepted in my community for girls to study abroad, my parents dreamed of me becoming a successful leader and supported me throughout my education in both Azerbaijan and in the U.S.

Leaving my job, my family, friends and everything back in my country, and starting over several times from scratch with no support network was a big challenge for me. I still remember the days when my husband and I knocked on restaurant doors in San Francisco, asking for jobs because we had only $300 in our pockets. We both had college degrees from Western universities, but we needed money immediately to live.

There were times then when I felt depressed, not being included in the community that I longed to belong in. I didn’t have a support system or anyone to talk to, share my experiences with or seek advice. I will never forget the moments when I was praying for a fairy or an angel to bring food for my baby when I was unable to walk or stand due to a pregnancy-related health condition. All the challenges I experienced as an immigrant woman and mother with no support opened me up to seeing how many female immigrants are in need of resources.

Is your experience why you founded Femigrants? 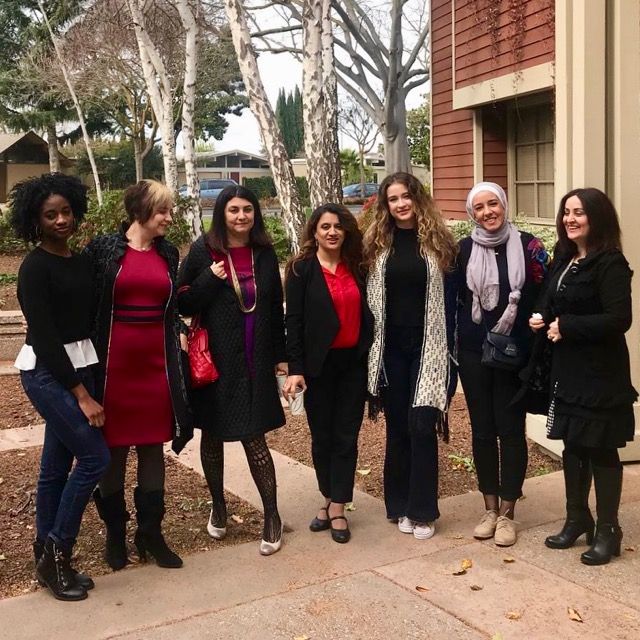 Femigrants Foundation members in Silicon Valley, CAWhat are some of the unique challenges immigrants face when starting a business in the US?

One of the unique challenges immigrants face is the lack of a support system and networking opportunities. For instance, my husband and I opened a limo service but it took us nine months to get it started because we had to figure out every detail ourselves. Later, we had a friend who’s also an immigrant, say to us, “I also want to open a limo business.” We already had that knowledge to share with him, so he opened in just two months.

The language barrier is also a challenge for some groups of immigrant women. Migrating to the U.S. after the age of 25 is very challenging because it becomes much harder for immigrants to go back to school, adapt to the new culture, build a new network and learn a new language. Despite graduating from universities back in their countries, some immigrant women still have to spend several years learning and developing their English language skills when they arrive in the U.S. before they are even able to start seeking business opportunities or building their careers.

Femigrants Foundation is a diverse and powerful organization of more than 2,500 immigrant female entrepreneurs and professional leaders from all over the world who now live in the U.S. We connect our community members to the resources they need, including direct support from other immigrant women peers, getting published on local or international media news, free marketing services and local networking events.

Our main goal is to empower immigrant women and help them to become successful leaders within their communities by encouraging diversity, community participation and networking. At Femigrants Foundation we want to give a voice to diverse immigrant women to hear their stories and ideas on contributing to their community as individuals and as entrepreneurs.

How do your members interact with one another?

I really believe in the power of social media and using social media platforms is one of the main places for our interaction. We have a Femigrants Facebook group with more than 2,500 members where we keep our community motivated, engaged and inspired. We also share successful stories of immigrant women, announcements of our local events and we connect our members to one another.

For example, we connected with a video producer who became a member of our community in Washington D.C. She messaged me because she got a grant from the U.S. Embassy to feature immigrant women who had become successful entrepreneurs. As a result of sharing some of these Femigrant’s stories in the news media, they received exposure and one of them even connected to funding for her project. We’ve had a member offer her Silicon Valley offices as a venue for another member’s event. The members definitely support one another in so many ways!

What do you want people to know about being a immigrant woman entrepreneur in the U.S.?

Immigrant women are capable of achieving their American dreams and making positive changes in their lives and communities. They are hard-working and sacrifice a lot in order to reach their goals. They deserve new opportunities, chances and trust to build a better life in the new country that they move to with these big dreams. 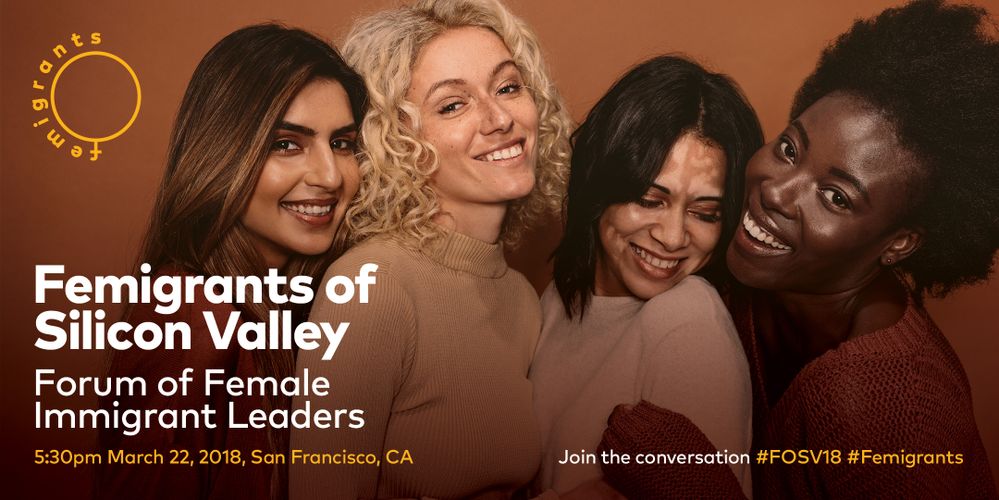 Tell me about your Femigrants forum coming up later this month.

On the first anniversary of our foundation launch we’ve organized a Femigrants of Silicon Valley Forum of Female Immigrant Leaders on March 22 in San Francisco where we will celebrate the achievements of immigrant women leaders. We’re bringing together a very talented and diverse group of women entrepreneurs and professionals working in some of the top tech companies in Silicon Valley including Oculus, Facebook, Salesforce, Pinterest and more to discuss diversity, inclusion, empowerment, challenges, community partnerships, civic engagement, achievement, migration, confidence and more.

I encourage immigrant women to attend this forum and use it as an opportunity for building a professional network, learning more about building a successful business and career, and to find investors for their brilliant ideas. We are stronger together!

QB Community members, how does your support network help you to achieve your business goals?

Brava for your brilliance. So proud of you.