In Case You Missed It: Meet 9 Entrepreneurs We Celebrated During National Small Business Week 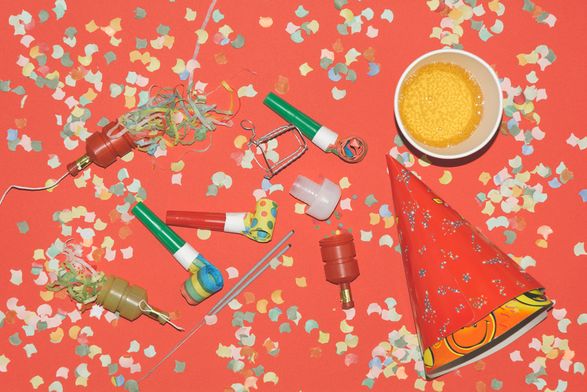 From woodworking to winemaking, hair salons to Heidi's salsa, QB Community has been celebrating National Small Business Week (April 30-May 4, 2018) by highlighting amazing small business owners from a wide variety of sectors.** Here they are rocking it, in case you missed them.

Originally from India, Alan started out in the hospitality industry there before moving on to managing kitchens in London. A move to California with his wife brought him the opportunity to operate a fast food franchise for nine years before opening his first Jinky’s Cafe in Los Angeles. Fast forward through 20 years of hard work, and Alan is now the owner of five Jinky’s Cafes throughout the LA area.

Not long after opening her salon, Brenda was diagnosed with thyroid cancer. Buoyed by the support of her family, friends and her dedicated clients, Brenda was able to keep Bohemia Hair Studio open for business. Today, three years into remission, Brenda cherishes the community she’s been able to create as a small business owner.

Alexia Burke started making her own ice cream and popsicles with coconut milk and cashews. One she’d nailed the recipe, she shared her confection with her friend Lisa – who instantly signed on as a business partner. One month later, Alexia became a bona fide small business owner – and she was ready and rarin’ to go.

Sarah Alexander is celebrating one full year as the owner of her handcrafted planter business, East Pine. While still holding down her day job as a product manager for a social media collaboration platform, she sells her made-with-love products on Etsy. Impressively, Sarah’s venture has grown from making gifts for friends into running a full-blown business that is now taking over her Los Angeles home.

For Geoff and Chantelle Mace, Creating Calerrain Wine Is a Dream Come True

As a young married couple, Geoff and Chantelle Mace  loved to buy a new or unknown wine from their local grocery store, try it and then visit the winery that produced it. Traveling up and down the coast to sip and better understand their favorite beverage inspired Geoff and Chantelle to set a lofty goal for themselves: One day, they vowed, they’d own and operate their own winery.

“Ms. Karen” Works Hard to Share the Magic of Dance

Karen Dycaico once co-owned one of the most successful dance studios in the San Francisco Bay Area. After leaving for personal reasons, Karen spent the next 20 years working for other people. Now she’s celebrating the one-year anniversary both of her studio, Dance Magic, and her return to working for herself.

When Heidi Rivera won a salsa contest using her family recipe in 2009, she was encouraged to launch her own business making and selling her salsas. Today, Heidi and her longtime friend and business partner Nikki have been making “The Freshest Salsa in a Jar” for seven years. They’ve gone from selling their homemade goods at farmers’ markets to selling their three salsas in over 1000 stores nationwide.

A respected small business owner and community member, Chris Rhodes remodeled existing houses and built new homes, including his own, all over the area. But in October 2017, wildfires tore through Santa Rosa, completely destroying entire suburban neighborhoods. Today, he and his crew are busy helping other fire victims rebuild.

BAGI Preserves the Ancient Art of Setting Glass On Fire

Diane Weiss is an Intuit executive by day. By night (well, at least for a few evenings a week), she’s an active member of the Bay Area Glass Institute (BAGI). For Diane, “active” means more than just practicing her mesmerizing art of blowing glass. It also means teaming up with other dedicated BAGI members to keep the only glass-arts “hot shop” in the area open for business.

**These entrepreneurs do have one thing in common: They've all been featured vendors at Intuit's Small Business Week celebration this past week in Mountain View, CA, and many have received a marketing/social media makeover courtesy of QuickBooks. If you haven't yet heard of these companies, expect to find them "rocking" their Facebook, Instagram and Snapchat!

Kirk Wells Had a “Crazy” Idea for a New Business. Trust Us: It’s Smokin’!

April Hall’s Handcrafted Jewelry Is Gorgeous, and Generous, By Design

Love them all! But especially Ms. Karen's Dance Magic.

I love the Izza Pops story :heart: I keep trying to find them in my local supermarket!