Kari Browne Sold Her Two Beloved Cafes by Trusting Her Gut, and Her Heart 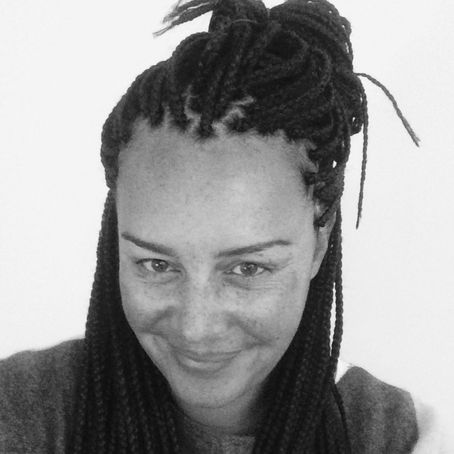 When former journalist Kari Browne had her children she knew that the traveling lifestyle of a news producer would be difficult, so she decided to open a kid-friendly cafe in her Brooklyn neighborhood. She built it from the ground up -- wrote the business plan, designed every aspect of the interior, hand-selected all the vendors and employees and managed it herself. This special place, where she was often behind the counter, hosted daily art and music classes for children while providing a relaxed environment where parents could hang out and let their kids roam. Two years later, she bought a second cafe and also styled it into a hip, kid-friendly venue.

In 2016 her family followed an opportunity to Sydney, Australia, and Kari sold both of her cafes, an experience she describes as “super emotional.” We spoke with Kari about the process of valuing her business, finding the “right” buyer and leaving behind something she built with love.

When it came time to sell your business, where did you start?

When we decided to move to Australia, I was told the only way to sell my cafes was to use a business broker. I contacted a couple of brokers who wanted steep fees and knew nothing about my businesses. They told me to sell them as a generic business and get an investor to buy them who may turn them into other businesses. Essentially, they would be valuing my business based on the terms of only my lease. That whole process sounded so thoughtless, so transactional and not personal at all -- everything my cafes were not.

You wanted the cafes to keep going as you had originally created them?

Yes. I decided to take a huge risk and list the cafes myself by making an announcement on social media and by giving an interview to our neighborhood’s local blog. I was able to control the narrative of the sale and explain why I was selling, that the cafes were thriving, not failing and what I hoped for my businesses. Ideally, I hoped someone else in the community would buy them and continue running them.

From the moment word got out, I was flooded with emails and interest. I had specifically targeted neighbors and customers who, perhaps, had always wanted to own and run a cafe like mine. I knew other people shared  my dream..

I pitched it in terms of having already done a lot of the hard work of opening a new business. I’d found staff, gained a following, developed relationships with vendors and so on. All a new owner had to do was maintain what was here and continue to grow. That’s still a huge task -- maintaining and growing a business is just as difficult as starting them from the ground up. 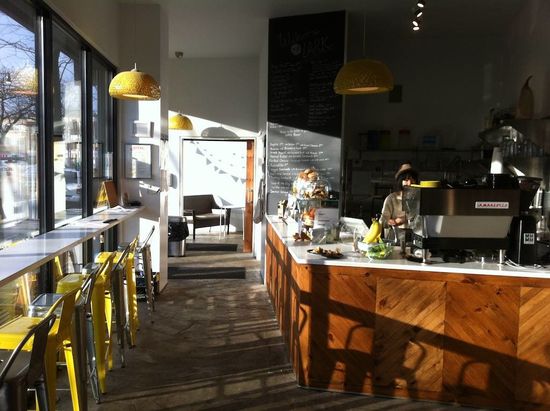 Kari built LARK Cafe in Brooklyn from idea to success.

You sold the cafes as turn-key businesses -- lease, furniture, staff and so on?

I was selling the cafes “as is,” with staff, vendors, menus, equipment, a website and customers included. I met with dozens of interested buyers. The main themes that emerged were being burnt out in their job, wanting to pursue a long-held dream of owning a cafe or they were ready to for something creative and local. And everyone loved the idea of working for themselves.

Why was it important to you to find the “right” buyer?

Selfishly, I wanted the legacy of these cafes to continue. I also wanted to find someone who would not just take over the businesses but grow them while having being realistic about how difficult it can be. Entrepreneurship is not for everyone -- it’s one of the toughest things I’ve ever done in my life. But it’s also one of the most rewarding adventures I’ve ever been on.

A married couple approached me, both with Wall Street backgrounds who lived in the neighborhood. They were really excited about the prospect of taking over both cafes, which was appealing because the integrity of each one would stay the same. We had long and candid conversations about business ownership -- the challenges, the slow times, absent employees. They asked all the right questions, and I felt like they were up for the challenge. They really connected with the vision of the cafes, and they wanted everything to stay the same. They didn’t even want to close for a day. It was important for them to keep the continuity. I loved that.

Was going through the selling process emotional for you?

It was super emotional. But, I loved meeting with prospective buyers. It was therapeutic for me to talk openly about selling and trying to find the best match between the businesses and the new owners. So many customers and neighbors praised what we had built in our community, and seeing how many people wanted to take over and continue the legacy was the most incredible feeling. 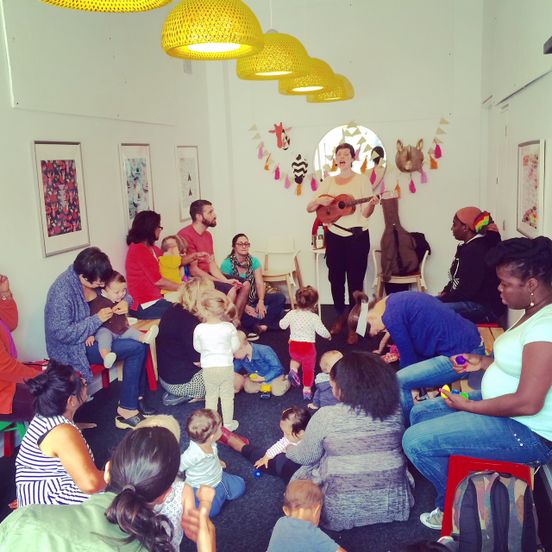 Daily classes brought the neighborhood to the cafes.

How did you know how much your business was worth?

The figure was a difficult one to arrive at. The previously-mentioned brokers would have used a valuation solely based on the lease, the equipment, furniture and any fixtures we were selling. So I ended up valuing it myself, also including elements I thought had great worth, like the staff, customers, vendors, reputation, marketing materials, social media following, websites and a host of good will.

Those are the things that make valuing a business difficult. The brokers said we wouldn’t get more than $50,000 to $60,000, but we walked away with about ten times that much! We ended up listing one at $325,000 and the other at $299,000 and they sold for a bit less than that. At the end of the day, your business is worth whatever someone is willing to pay for it.

Were you able to pay back your investors and loans?

Yes, happily I was, and I was so grateful to them for being on the journey with me. Ideally, when determining the the selling price, you want to be able to cover all your debts and walk away with something, too.

Do you miss running the cafes?

I really miss the customers and my staff. I miss that feeling of going into the cafes and knowing, “I made this! This is mine!” There’s something really fulfilling about creating something and seeing it flourish. 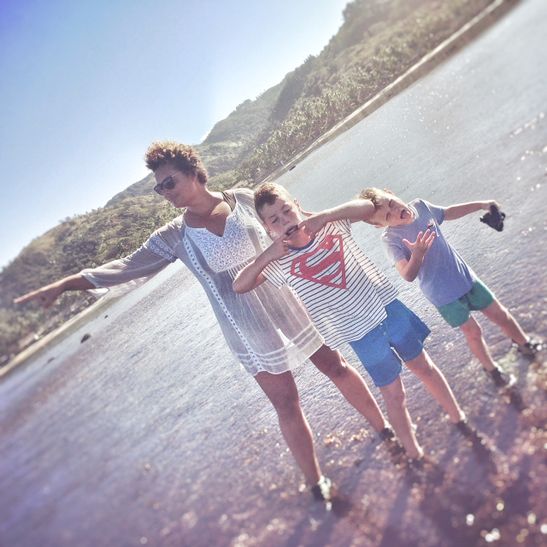 Free to roam the Australian beaches with her boys.

So, what are you up to these days in Australia?

It has obviously been a huge move, and my number one priority is settling my family into this new, magical country. This past year, stepping away from the cafes, I’ve had a lot more time with my children.With the cafes, I was on 24/7. I was glued to my phones. That’s the reality of running a small business in the hospitality industry. I’m so glad to have had this past year to devote all the time to my children, to myself, to my family. No one is trying to get in touch with me, and it’s wonderful!

QB Community members, have you sold a business or thought about selling your business? When you started your business, how much thought did you give to selling it later down the road?

Great article. Valuing your business is such a struggle sometimes. 1) you know the efforts you have placed into the business but the ability to sell it for the amount that you truly see fit is gratification for your hard work. 2) I love the concept of a kid-friendly cafe. Having children in a cafe has always been an adventure for me! 3) Looks like you are enjoying Australia!

Why was it important to you to find the “right” buyer?

Selfishly, I wanted the legacy of these cafes to continue. I also wanted to find someone who would not just take over the businesses but grow them while having being realistic about how difficult it can be. Entrepreneurship is not for everyone -- it’s one of the toughest things I’ve ever done in my life. But it’s also one of the most rewarding adventures I’ve ever been on.

@Karibrowne it's hard to find the sweet spot between realistic and idealistic, but I think you've nailed it! Just goes to show that there's never only one "right" way of doing things. Your new buyers - not to mention your long-time employees and vendors - are lucky to have found a business owner so invested in setting them up for continued success. I hope they continue to pay it forward :smileyhappy: (And if any of your former colleagues are looking for a new place to set up a kid-friendly cafe, I live in Newburyport, MA. Just saying!)

Traditional Lead Magnet vs Quizzes
It's Friday, and welcome back to the Talk About Your Business Page. Before ...
Read more