Andrew Evans officially became an entrepreneur when he was 12 years old. That’s when he performed a magic show at his sister’s best friend’s birthday party. Afterward, the friend’s dad slipped Andrew $20. “I thought, whoa,” recalls Andrew, who went on to perform throughout middle school and high school at parties, picnics and festivals. “Getting paid to do what I love was a really big moment.” In college, Andrew turned an empty bedroom in his apartment into a 25-person theater and wowed audiences with both original and re-interpreted magic tricks. Later, as a grad student and then a design lead at IDEO, Andrew’s passion for magic and illusions never waned. Four years ago, he used his engineering and design skills to create, design and build The Magic Patio, an underground “magic speakeasy” located on the patio of his apartment. Although Andrew has never spent a penny on advertising, from the get-go, his Magic Patio events always filled up in a flash. Now, The Magic Patio is relocating to a bigger, indoor venue. As he contemplates the transition, Andrew tells us why he’s excited to grow his magic business into bigger, even more spellbinding brand.

Andrew, not many people figure out how to turn a lifelong passion into a viable career. It sounds like you were born to be a magician/entrepreneur!

I’ve always had an entrepreneurial bent. As a kid, my friend and I would raid her candy jar and then try to convince her parents to buy the candy back from us. At garage sales, I’d insist on ringing up things on my little Fisher Price cash register. The first time I got paid to perform magic, I realized I was on to something. There was an endless supply of birthday parties and events where I could do magic. And it helped that I’ve always been comfortable being on stage.

Getting hired to perform motivated me to keep practicing and to think of magic as more than just a hobby. Even as a kid, I understood the importance of delivering a high-quality performance. If something doesn’t go right, I feel real guilt about not giving the audience a great show. I’ve always considered it a privilege that people will pay to see me perform, whether it’s at The Magic Patio or as a magician for hire. I want to give them an experience they really value.

Tell us the story behind The Magic Patio.

I moved into my apartment five years ago. I spent a year and a half building a collapsible stage out on the patio, along with a small bar, light and sound systems and all the props. I created a faux brick wall to turn my bedroom into the box office. There’s seating for 45. My background is in design, and I spent two years building high-end tree houses, so I love exploring the intersection of design and magic. As I tell people, the real trick is storing everything in a tiny space!

The event itself is 90-minutes long. It’s more than just magic – we’ve created a show with characters and a story. You’ll meet Albert, the bumbling stagehand and Naomi, the magician’s assistant, but we put our own spin on those heavily stereotyped roles. Instead of just moving props and trying to be invisible, Albert is in the spotlight. And Naomi is a total badass.

When people email me after a show, they talk about the whole experience. Sure, they mention the magic, but so many other things help define an evening at The Magic Patio – the weird alleyway, the bedroom box office, the specialty drinks, the homemade marshmallows and cookies. We’ve created and designed an experience goes beyond just the magic.

You’ve never done any advertising for The Magic Patio, but every seat is consistently full. What’s your secret?

Until very recently, Magic Patio events have been strictly invite-only, and you have to know someone whose attended to get on the invite list. If you’re attending, we’ll send you an email with general directions to an address that doesn’t actually exist (but there’s a clue on a gate if you look for it). We open the gate for entry during a very specific 15-minute window.

It’s a bit counterintuitive, but I’ve found people buy into things a little more when there’s a bit of a barrier to entry. It certainly explains why our events get booked in 60-seconds flat.

When we move to our new space, we’ll have more performances each month, and we’ll be able to seat 70 people. Now you can sign up to get on the list. The venue is still intimate, which is really important to me. I want to feel like I’m having a conversation with everyone in the audience.

You plan to have more shows and bigger audiences. Are you thinking about scaling and growing The Magic Patio in other ways, too?

When I think about growing the brand, Disneyland vs. Six Flags is a good case study. At Six Flags, you just want to get on as many rides as possible. At Disney, you’re having a much bigger experience – the rides, the characters, the food, the lights, the merchandise. There are so many different levels of engagement in the park. 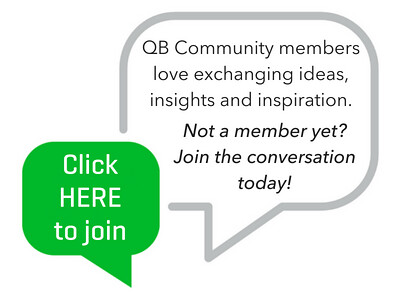 Disney is a nice metaphor for The Magic Patio. In the short term, I’m putting together a longer show, and I’m also working on one I can do for about 20 people at a time while the venue is under construction. Looking ahead a few years, I’d like The Magic Patio to be a hub for all kinds of alternative live performance. I know so many people doing amazing things with improv, circus performance, freestyle rap, spoken word. I want The Magic Patio to be a brand that stands for curated, high-quality entertainment that’s interesting and different. It could be a space for camps and classes for adults and kids, too.

In the future, I’d also love to engage with corporate clients who want to hire me for events or buy out The Magic Patio for a large-group experience.

Andrew, is it important for you to connect with other magicians and illusionists?

I’ve always found inspiration outside the world of magic, and I think that keeps my ideas fresh and new. That being said, recently I’ve been connecting with other magicians, and it feels really communal and supportive.

I’ve always been more inspired and energized when I work with other people, which is a big part of why I created The Magic Patio. For the short time I was a full-time magician, I found it lonely – I was always practicing on my own. The Magic Patio allows me to create something special with a group of friends. I love being part of a much bigger endeavor.

QB Community members, how do think about turning your business into a brand? 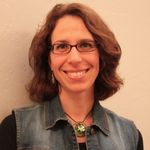 WillowOlder
I’ve been self-employed for most of my career as content specialist, so I know how much discipline and determination it takes to run your own business. As QB Community Content Chief, I love sharing the stories of people committed to doing things their way. I hope you’ll join our community and share your inspiring story!
Related articles
Related Q&A