Small Business Week: Chris Rhodes Lost Everything to a Wildfire – Except His Desire to Get Back to Work 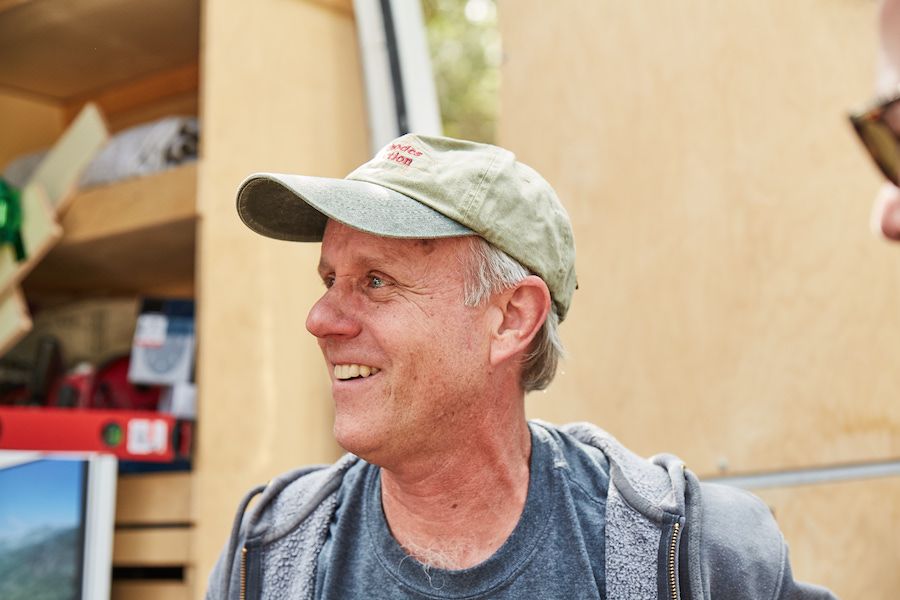 Milestone: Still in business after losing nearly everything in a wildfire

Chris Rhodes has run his own construction company in Santa Rosa, CA for more than 30 years. A respected small business owner and community member, Chris remodeled existing houses and built new homes, including his own, all over the area. But in October 2017, wildfires tore through Santa Rosa, completely destroying entire suburban neighborhoods. Chris and his wife, Liz, fled for their lives. When the smoke finally began to clear and the embers cooled, Chris learned he’d lost his home -- and seven others he’d built nearby were gone, too. “An integral part of my career simply evaporated,” recalls Chris. “Losing all those homes I identified with so much was almost as tough as losing my own.”

Chris’ personal and professional devastation was nearly unimaginable. But today, he and his crew are busy helping other fire victims rebuild. An optimist by nature, Chris considers himself lucky. He’s living in a small fixer-upper he and Liz had bought shortly before the fires. He’s happy to make do with a tiny carport where he can build cabinets and a little backyard if he needs to spread out his supplies. At some point, he’ll get through the long approval process to start rebuilding his own home. In the meantime, Chris has work to do.

QuickBooks celebrates Chris! After the fires, all Chris had to show for running a construction company for three decades was a few small hand tools he’d managed to save. In honor of Small Business Week, QuickBooks wanted to help Chris get back solidly on his feet. The team created a new, branded truck decal, filled his truck with a fresh supply of tools, gave him a new computer and gifted him a check for $10,000.

Follow this link to watch a video of the QuickBooks team surprising Chris!

Chris, you’ve been through so much. Tell us what the past few months have been like.

After the fires, Liz and I stayed in 11 different houses in a six-week period while I was getting the house we’d bought a few months earlier into a livable state. Without it, I don’t know where we would have ended up. Our friends have had to move all over the Bay Area. We’re really fortunate to be able to stay nearby.

From a business perspective, things have been very busy. The fires destroyed 5,000 homes in Santa Rosa alone. My crew was busy before the fires. Now there are so many people wanting to rebuild. Anyone who can swing a hammer is getting hired and being paid well. It’s a blessing and a curse – there’s plenty of business to go around, but all the turmoil has artificially brought up demand, so we end up paying more in materials and wages.

Is it helpful during this chaotic time to have a reputation as a respected local business owner?

There’s no shortage of people calling me with work, and I’m fortunate that I can be selective in the jobs that I take on. Over the past ten years, 90% of my business has been either repeat customers or referrals. That’s due in part to my really great crew. One of my guys, Blair, started working for me 25 years ago as an 18-year-old kid. He wasn’t particularly good when he started, and he always had excuses for not showing up on time. But I stuck with him, and he’s a huge asset to my team.

My crew likes working together, and my customers are comfortable having these guys in their house. I’m busy enough that I could bring on another guy, but it’s got to be someone who knows what they’re doing and will be a good fit with the rest of crew. 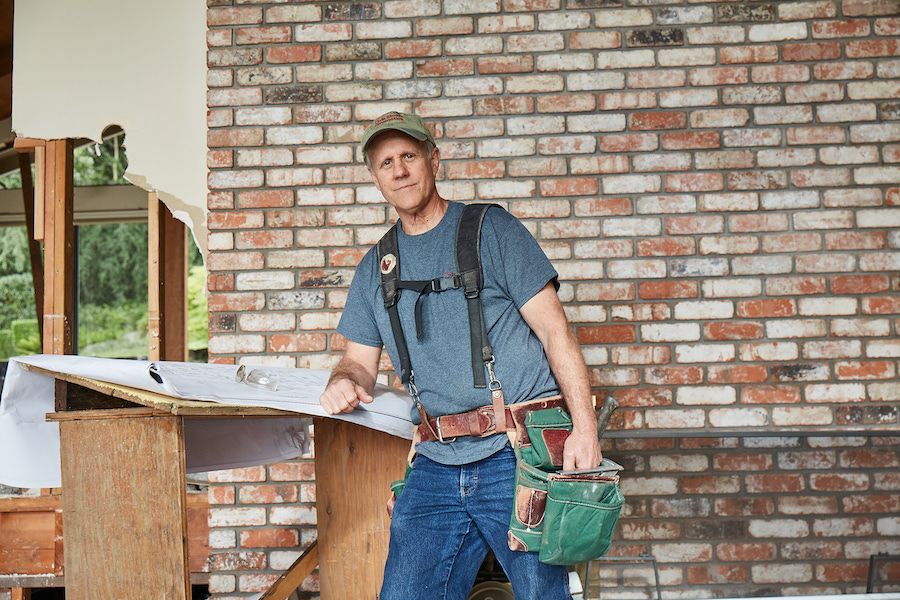 How would you describe you approach to running a business, both in good times and in bad?

Making sure the business nimble and adaptable has been the key to keeping my company healthy. The economy has gone through ups and downs over the last 35 years, and adapting my business model to the changing economic demand has been challenging.

I started out in the mid-1980s building custom homes. In the mid-1990s, that market started to dry up, and I shifted to doing major remodels. When those jobs became less available in the early 2000s, I focused on small additions and remodels. As the market picked up after the housing crash of 2008, we got back to doing more major remodels. Now I will be working on some large custom houses for people who lost their home in the fires. In a way, I’ve come full circle.

You’ve been in business for a long time. What do you know now that you wish you known when you were starting out?

There are three primary things I attribute my business success to that I wish I’d known from day one. First, know your expenses, both labor cost and materials. Success and failure depends on how well you know your numbers. As a craftsman, I was much more comfortable with the trade part of the business. It wasn’t until I better understood the financial part of the business that I became more successful in operating my business.

Second, understand your cash flow. Doing weekly cash flow projections helped me better understand how to stay on top of my accounts payable and accounts receivable.

Third, be loyal to your subcontractors and suppliers. I regularly use just one or two “subs” from each of the various trades, and I keep them working regularly on all of my jobs. We’ve built strong relationships over the years. I’m loyal to them, and they are loyal to me.

What do you find particularly rewarding about running your own business?

I love the satisfaction of completing a job and having the customers thrilled with the end result.

You know, when you run your own business, it helps to be naturally optimistic. Having lived through the recent fires, I know you can’t be too worried about your stuff. Sure, I lost some things that can’t be replaced, and that’s a bummer. But our crew can do anything, and we can undo anything. I know I can always build something again. And I just trust that tomorrow will be a better day.

QB Community members, how have you supported a small business when times were tough?

"Making sure the business nimble and adaptable has been the key to keeping my company healthy." Absolutely! Chris's longstanding efforts toward adaptability have clearly helped him get his business back on its feet after the fires.