How 6 Designers Started Their Accessories Businesses 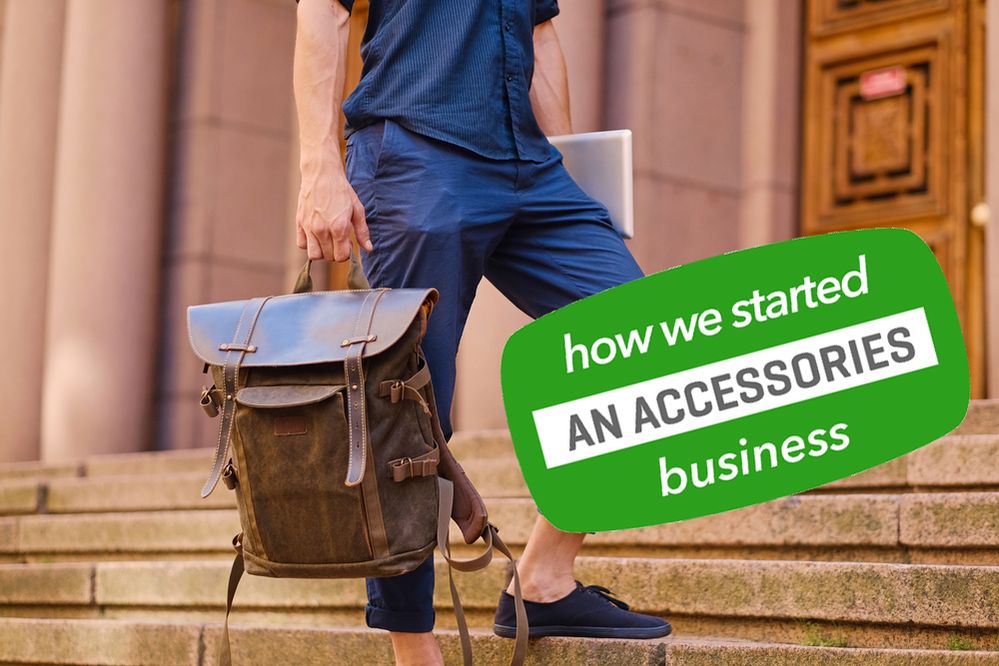 Handbags, belts, guitar straps and bow ties -- these six entrepreneurs took their small accessories business into the big world of retail. Here, they tell us how they got their businesses started. 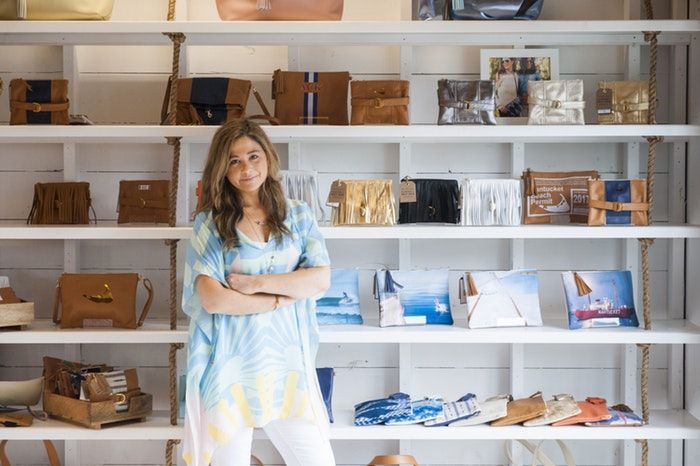 Sara Rossi of Beau & Ro, a handbag company: “I don’t have a design background, but I live in the Garment District of New York City, so I have easy access to amazing materials and manufacturers. This really helped me when I was putting pen to paper in the beginning because it showed me what my options were. When I had my first samples made, I hosted a launch party for friends and family. Everyone there bought one of the sample bags. I launched online on the same day, and got my first orders just a few days after.”

“I’m opening a 1,800-square-foot store in Nantucket this year with two other women who run their own companies, Milicent Armstrong of Artemis Design Co and Taylor Ivey from Ellsworth & Ivey, which I never thought I’d be able to do!” 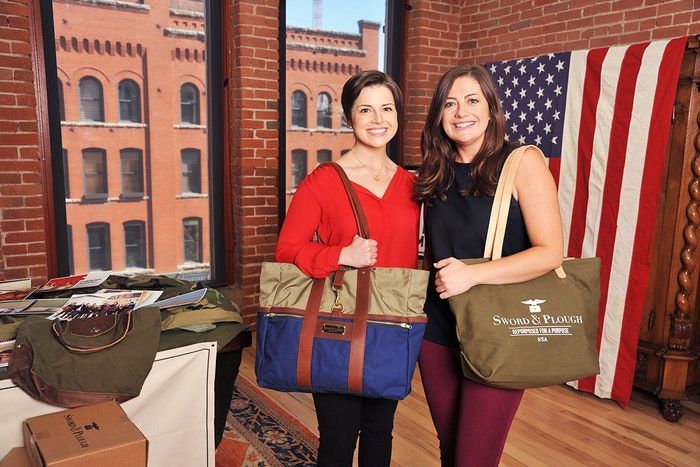 Emily & Betsy Núñez of Sword & Plough, repurposing military goods into handbags and accessories: Emily says, “My sister was always the dreamer and inventor in our family when we were growing up, so I could see that the wheels were turning. She looked at me and said, ‘What would you think if we turned an Army ROTC tent into a tote bag?’ We immediately jumped into a brainstorm. We started sketching on napkins and asking questions like, "What would it look like? Who will sew it? Do we just make one? Is mom going to make it?!’”

“That turned into a six-hour lunch. And we decided to keep building on the idea. Starting our own business has been an adventure. As we grew, we incorporated veterans into every stage of the business — as designers, managers, sewers, quality control experts and even models — and we're committed to our mission of empowering veteran employment.”

Read Emily & Betsy’s full story: They're on a Mission to Repurpose for Good. Meet Emily and Betsy Núñez from Sword & Plough 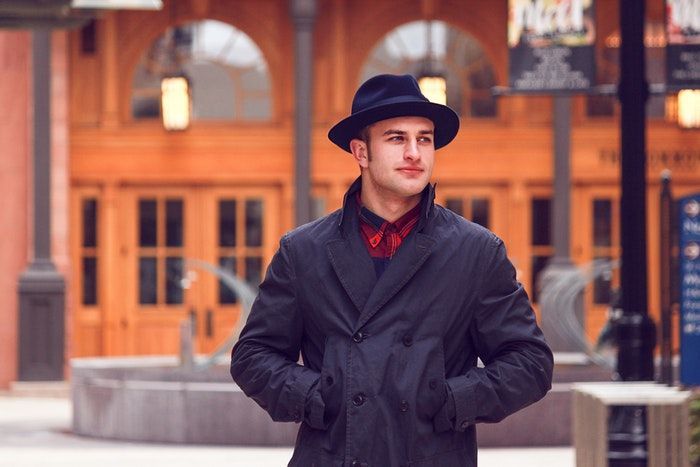 Benjamin Steele of Sir Wylde, men’s accessories: “I knew I was ready to start a company when I returned from [Mormon] missionary work in England. A friend suggested I start a neckwear company and I thought that was a great idea. I established Sir Wylde with 75% of my savings, which as a college student was very little. I sold my car to pay for tuition and to help out with the costs of starting a business.”

“Sir Wylde has taken off and we’re going to expand our line to sell bow ties, handcrafted hats, t-shirts and suspenders. Everything is made in America and made by artisans.” 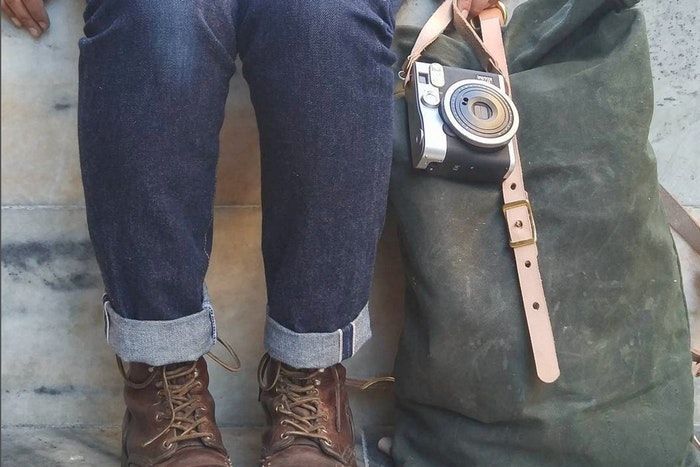 Jess Murray of Aegis Handcraft, leather goods and accessories: “The original idea developed from a not-so-great work experience. I had just graduated with a degree in fashion design from the Fashion Institute of Design & Merchandising in San Francisco. I got a couple gigs working in the industry, but something just kept eating away at me. I was working as a denim tailor in a place that, while promoting American-made goods, sold items that were way too expensive. Customers never really knew where the products were being made or who was actually making them.”

“When I first started Aegis Handcraft, I went to a few business workshops where they asked questions like: ‘How scalable is your business idea?’ and ‘How much money can you make?’ While I'm constantly considering these big questions, I have confidence in my business because what I wanted to achieve was to do things my way. More often than not, I might be taking the most tedious or difficult road, but at least I'm the one calling the shots. Now, I’m able to make and sell a product in a way that makes sense to me.” 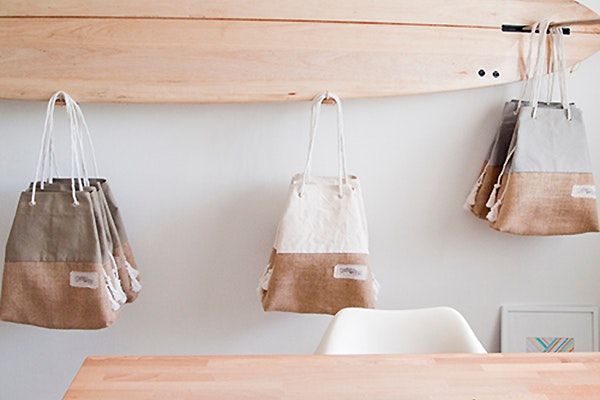 Tessa Chapman of Chapman at Sea, beach and surfboard bags: “When I got into surfing properly, I wanted a surfboard bag that suited my style. Everything was either super sporty or brightly colored, which didn’t appeal to me, so I drew my ideal bag and realized I already had it. I’d inherited my grandfather’s old army duffle and whenever I’d go traveling, it would come too, stuffed full of dive gear and whatever else I needed. It was the perfect adventure bag — simple, practical and made of this beautiful canvas that looked better the more I used it.”

“With the duffle as inspiration, my husband and I designed a couple of surf bags that turned out great. I realized that if we needed something like this, there was probably a wider market for them, so I made more. When I launched Chapman at Sea, I wasn’t thinking about effective advertising or anything — more about creating a surf brand that I could be proud of.”

Read Tessa’s full story: After Designing Her Perfect Surf Board Bag, Tasha Chapman Found A Market As Big As the Sea (Almost) 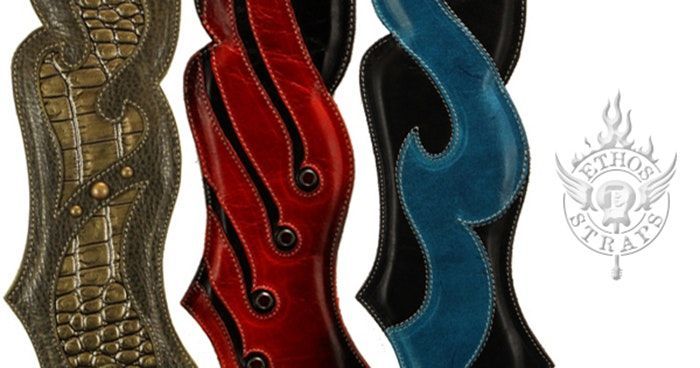 Chad Little of Ethos Guitar Straps: “I’ve had an interest in working with leather since I was young — I learned to repair boots and made my first pair in 1992. Not long after, in 1995, I set out on a parallel path in the music industry, where I eventually landed a gig with Carrie Underwood as a guitar player.”

“In 2008, I finally realized that the music business model was in major flux, so I went back to the leather and boot-making trade. That's when I started Ethos, and in 2010 we launched our first e-commerce store on Etsy. I decided to focus on guitar straps. Sales were slow during the first year, but fortunately, over the next five years, they doubled and have been growing at 20-30% each year since then.”

***
Starting a new business? Check out our guide to

Everything You Need to Know to Open a Business

for a wealth of resources and inspiration!

QB Community members, what insights can you share about starting a business?

Twitter Spaces Agent Office Hours - QuickBooks Online
Welcome to the new Twitter Spaces where our agents will be answering your q...
Read more

Email Etiquette 101
Sometimes it’s important to go back to the basics, even if you’re a seasone...
Read more