So yes, a lot of people in here are very much ahead of the times and already all equipped to do all their year end stuff without a shred of paper (ha!) in sight.

So if you find yourself here, in December, with the January deadlines beginning to grumble in the back of your mind about getting w2 and 1099 forms, and how much they cost, and what a pain it is --- STOP.

Do your future self a favor and order some FREE (that's right, FREE) forms direct from the IRS.  No shipping charge.  No paper charge.  And obviously IRS compliant!

Need that crazy 1099 form that deals with forgiven debt?  Check.

Need the one for interest paid in almost any amount to any person?  Check.

And if you really want to set your 2018 self up for success, indulge in some free copies of w2Cs, w3s, 1096s and any and all manner of corrective forms you like!  They even have 941s (and all the cousins) and corrective ones, if you are so inclined.

And if you happen to have a costco card, they are a great place to order those pesky envelopes -- for a price, of course.  1099s and W2s

ONE CAVEAT:  Be careful on the IRS site.  There are several links that may direct you to download the forms instead... which is, of course, very tempting and much nicer to trees.  BUT BE CAREFUL... some forms when downloaded and printed are good for informational purposes only.  They cannot be scanned by the IRS, and you may get fined if you submit them.  Why they would make this so easy to get wrong is a question for them, among many other similarly mystifying choices.  :) (jk, I love you IRS!)

Just do it.  It's December.  They're bored there.  Plus, if you order some extras, especially of the summary kinds, you just might end up being a super-hero for someone else at the end of January (while simultaneously looking like a so-on-top-of-it small biz rockstar).  Worse comes to worse, you can use what you need, then be a kind of tax Santa in front of Staples... making the day of those frantically searching for the last packages of these gems on 1/31/18.  go you! 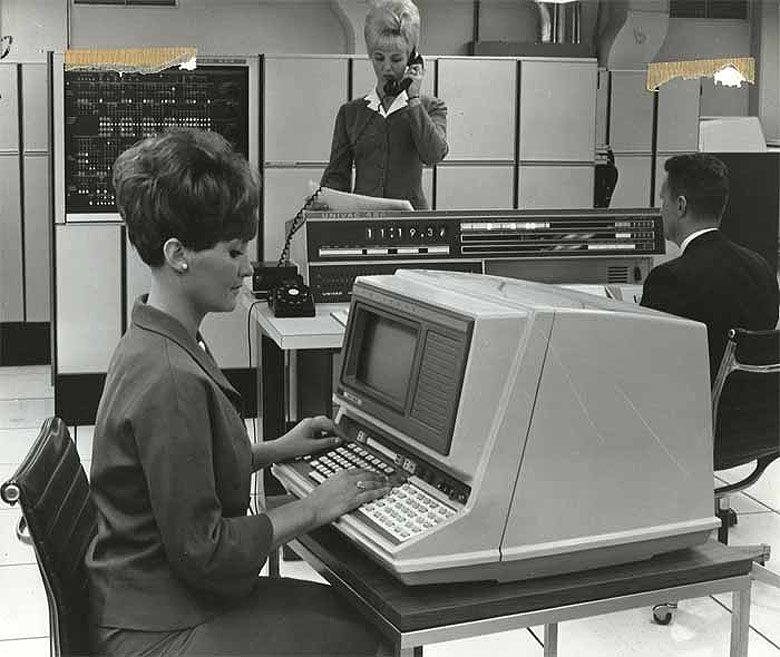 Thanks for this, @Anonymous. Good stuff!

Wow! Is that what computers use to look like... haha

irs.gov is an itme that I have bookmarked as a fav! Soemtimes you have to dig a little for the good stuff but it is always well worth it. I put my request in for my FREE forms as well!

Can't make dollars if it doesn't make (cents) sense -no sense to pay when its FREE !

Will these work with quickbooks payroll?

Yes, these are the official and original forms. QB cannot release their own duugitals until approved and verified they match the originals

Based on the businesses you've worked with, in terms of average team size, when does digital processing become more cost-effective?

Also, when is the absolute-final-send-it-now-hurry snail mail deadline?

Traditional Lead Magnet vs Quizzes
It's Friday, and welcome back to the Talk About Your Business Page. Before ...
Read more