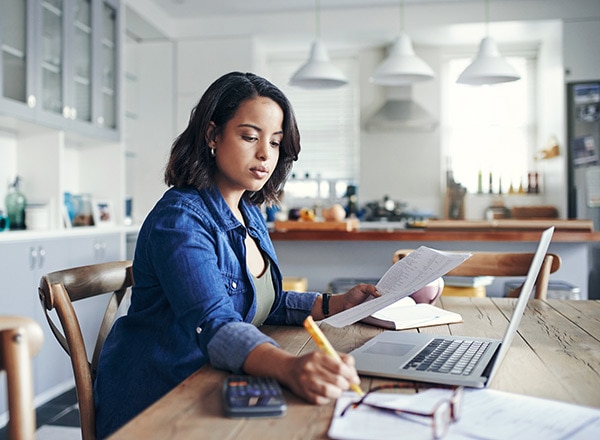 According to the IRS, in 2016 — the most recent data provided by the organization — Americans filed more than 150 million individual income tax returns, reporting nearly $10.5 trillion in income. Many of these 150 million Americans had to file returns at the state level as well.

What is income tax?

An income tax is any tax that the government levies directly on income. The most common form of income tax is the annual tax that occurs on personal income, which you file your tax return for every April 15.

In the United States, Americans are subject to federal income taxes. The IRS determines whether you have to pay income taxes and how much you owe based on your gross income, your age and your marital status. Your gross income is a pre-tax tally of all of the money that you earned throughout the year. Generally, the thresholds are as follows:

When it comes to determining state taxes, you’ll find that there are generally three broad categories:

Every one of the states in the US falls into one of these three categories. Generally, you’ll find that federal income tax rates are higher than state tax rates. Let’s take a look at the different state tax structures.

States with no income tax

The following states do not charge income taxes on personal income earned, meaning the state tax rate on income is 0.0%:

These states charge a flat rate on income earned. This means that everyone filing a return pays the same tax rate. These states have different definitions as to what constitutes income. For instance, Tennessee and New Hampshire only charge taxes on interest, dividends and investment income. Others rely on adjusted gross income, including what you earn at your job. The tax rates are as follows:

Every other state in the United States, including Washington, D.C., has a progressive tax structure for income taxes. The rate that you’re subject to depends on the gross income that you report. We’ve provided a brief breakdown of the tax rates for each of these state below:

How do these rates impact small business owners?

These rates can impact small business owners in a few different ways. Much of it has to do with how you choose to structure your company and whether you’ve hired employees.

With a pass-through business structure, you “pass” your business income through to your personal tax return. There, it’s subject to the state government tax rates. Pass-through entities include:

How do you know if you owe income tax?

If you’re a new business owner, you want to make sure that you’re filing your taxes correctly. Otherwise, you could be subject to back taxes and other penalties. It’s in your best interest to double-check all your relevant tax laws.

The first thing you can do is contact your state’s financial or accounting department. Each state has a department that handles taxes. There, you can learn more about whether you owe income tax and, if so, how much.

You can also contact a trusted accounting professional or lawyer. These individuals can sort through your business files to determine which states you owe taxes in for a given tax year. They can also provide you with tips on how to secure a low tax rate moving forward. These individuals are professionals and know more about tax income than you do, so they are your best resource.

Lastly, make sure you’re using reliable accounting software for your business. The best accounting software makes things easy for filers. The software can keep track of business transactions throughout the year and let you know the total tax that you’ll owe come filing time.

Are income taxes the same as property taxes?

Are income taxes the same as sales taxes?

45 state governments collect state sales tax. Additionally, local governments in 38 states collect some form of local sales tax. Retailers are responsible for collecting all sales taxes when conducting a sale. The retailer must then pass the collected taxes on to the respective government entity.

Unless you’re buying a good, sales tax doesn’t cost you anything as a business owner. All you need to do is collect the applicable tax on each transaction. For instance, imagine you complete a $100 sale in a state with a 5% sales tax rate. You should charge the customer $105 and pay $5 to the state. You are acting as a middleman.

But, imagine the corporate income tax rate is also 5%. You would owe the government 5% based on year-end revenue. So, essentially, you receive $95 of the $100 sale, the consumer pays $5 in sales tax, and the government gets $10.

Do your due diligence when it comes to taxes

Taxes can be confusing, especially for new small business owners. Not only do you have to pay federal taxes, but state and local taxes as well. These rates all vary depending on where you conduct business.

Take the time to ensure you’re filing taxes correctly. Not only will this save you money by reducing your chances of being penalized, but it will also save you from having to correct headaches down the road.

This article currently has 7 ratings with an average of 1.7 stars

Chris Scott
Chris Scott is a finance expert, consultant, and writer. He graduated from the University of Maryland with a degree in Finance and currently resides in Boston, MA. Read more