Food entrepreneur sells her startup to grow her brand 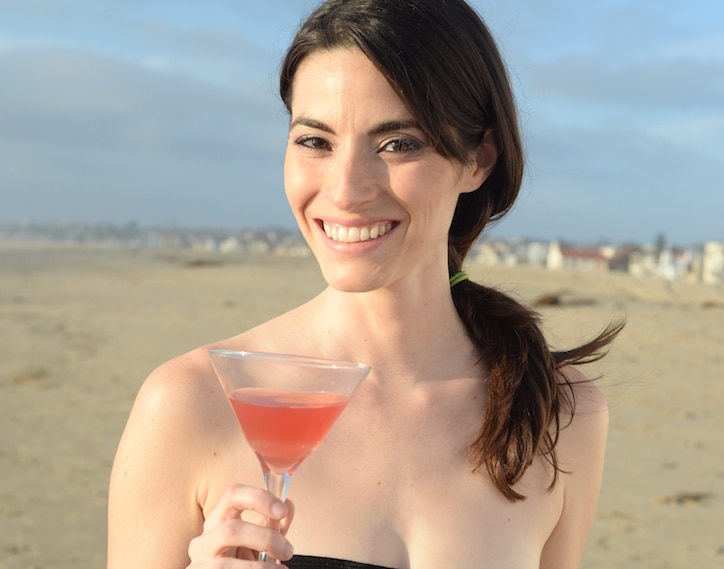 “I’m a teacher by heart, an entrepreneur by circumstance,” says Natalie Susi, founder of Bare Organic Cocktail Mixers. She transformed a side business making Italian ices into a startup selling natural, low-calorie cocktail mixers during the recession. The challenges of finding financing led her on an unusual path to success.

“I am an East Coast Italian girl from Delaware,” says Susi, who moved to San Diego to further her career as an English teacher. An adjunct teaching position at San Diego State University left her time to pursue another passion: bringing Italian ice to the West Coast. The dessert, popular on the East Coast, is a frozen mixture of fruit juice, water, and sugar, similar to sorbet.

Using a recipe from her father and a business loan from the bank, she started selling her ices at local farmer’s markets and street fairs in 2008. Susi also took her confections to parties where her friends made cocktails by mixing them with alcohol. She found that women appreciated that the ices had fewer calories than traditional mixers.

But Susi soon realized that her Italian ice business didn’t have a future. “It was really time consuming and really labor intensive,” she says. “When you go to a farmer’s market, you basically build up a store and you break down a store every day.”

From Dessert to Drinks

When Susi was laid off from her teaching job in 2010 and pondering her next move, she decided to transform her Italian ice recipe into low-calorie drink mixers. A chef from the farmer’s market coached her through creating the mixer recipes. “It took me about another six months to find somebody to manufacture the product for me,” she recalls.

The next step was to find a co-packer to package her product, but Susi knew nothing about product packing and shipping. Still, the budding entrepreneur was not daunted. “I had never not succeeded at something I wanted to do before,” she says. “I picked up a book and figured it out.”

When Susi launched her new product, Bare Mixers, in 2011, she couldn’t get a loan, so she ended up bootstrapping her business. She tutored AP History to raise money. “Everything was going into the business,” she says. “There was no real plan for marketing because I had no dollars and I was shoe-stringing everything.”

Without a marketing budget, she couldn’t place her product in retail stores, so Susi decided to market to bars and restaurants. She approached a local Mexican restaurant with her first flavor, a Margarita mixer.

Her next move was both bold and calculated. She went to the restaurant near closing time and sat at the bar with a friend. “I knew that the right people were there the night I went,” says Susi. “I scouted this place out.” She pulled out a bottle of her product and her friend made a big fuss over it. As she had hoped, the managers were attracted by the commotion. “Everybody tried it and everybody really liked it,” she says. “I didn’t mean for it to work as perfectly as it did. I got very lucky.”

One week later, on Cinco de Mayo, she gave the restaurant free product to serve their customers. The restaurant ordered from her shortly after that and became a mainstay of her business.

Still, without financing, she found it hard to expand. “There was no way for me to grow the company,” she says. “I was always just keeping it afloat.” When a business mentor introduced her to a health food company that wanted to buy her brand, she saw an opportunity. The buyer, Ultimate Superfoods, was only interested in the brand if Susi came along, in an acquire-hire deal.

Choosing to sell her startup was not easy. “The decision, even if it’s a really amazing deal, is still really hard,” she says. “I wanted to do bigger things with it on my own, but I never had the funding on my own to make that happen.”

Susi feels the decision to sell was the right one for her. Under the aegis of the new parent company, the product is now organic and renamed Bare Organic Mixers. “I’m still running the whole show,” she says. “I have the resources now to … create the vision I’ve always had for the brand.”