Emerging Small Businesses That Could Redefine 2015 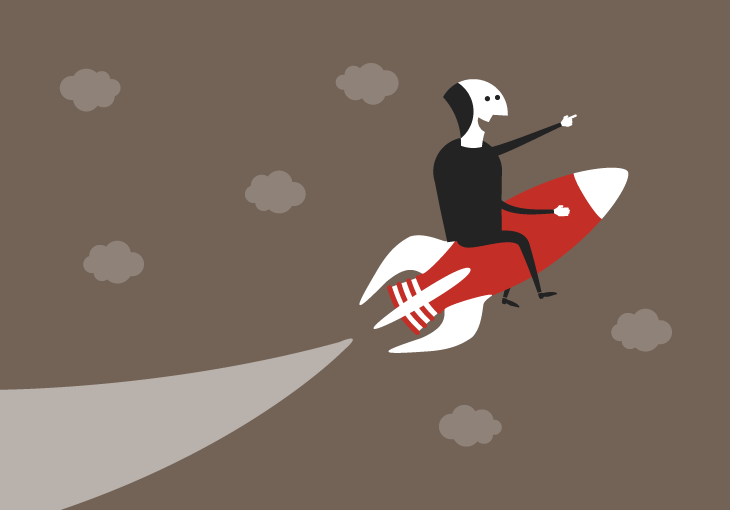 Every year, a number of small businesses burst onto the scene to change and sometimes create emerging industries. Recent examples include share businesses like Uber and Airbnb, but there are many others that become game changers seemingly overnight. 2015 is poised to be no different, and so we’ve collected five small and relatively new businesses that could make a lot of noise in the upcoming year.

Most of the following companies are not overnight success stories, but instead are small businesses that have toiled for a few years to find a marketable and profitable niche. Nonetheless, they are prepped to become the breakout stars of their respective industries.

Considering society’s love affair with smartphone-based convenience, it’s a little surprising that it took so long for the concept of grocery-delivery services to gain more mainstream traction. While Pink Dot may have been the first player in this space, other businesses have finally caught on to the idea that people want to order more than just pizza and Chinese food from the comfort of their homes.

Founded in 2012 in San Francisco, Instacart connects you with personal shoppers in your area who pick up and deliver groceries from your favorite stores. The service has expanded to a dozen other major U.S. cities, including Los Angeles, New York City, Chicago and many others.

The key to their success is speedy service and relatively low fees. Promising delivery within one to two hours, and charging between $3.99 and $5.99 per delivery, it’s no surprise Instacart has found success in a fast-paced digital world. Now, many others are jumping on the grocery-delivery bandwagon in hopes of similar success, most notably Uber Fresh and AmazonFresh. But despite these major competitors, Instacart seems poised to make a major splash in 2015.

Ever wanted to go on a hiking adventure with Bear Grylls? Or how about cook a fancy meal with Michael Mina? Maybe observe exotic wildlife with a National Geographic Explorer, or go skiing with an Olympic gold medalist? Thanks to ZOZI, a San Francisco-based business founded in 2007, you can do all of this and much, much more.

Servicing a dozen major U.S. cities, ZOZI is a unique way to go on adventures with professionals who have redefined their areas of expertise. The activities offered range from “relaxing” to “thrilling,” and they can be custom-tailored for groups, families, couples or solo outings. Although these types of elite experiences are tougher to supply, investors seem to be buying in to ZOZI’s new approach, likely because there’s more money to be made in celebrity-backed tours. Ultimately, ZOZI takes the headache out of planning and organizing consumers’ adventures and lets them focus on the task at hand: creating exciting memories with loved ones to last a lifetime.

Tapad addresses a problem that has long plagued online advertisers: How to track and target the same consumer across multiple devices, including desktop computers, smartphones, tablets and others.

Such “retargeting” is easy to pull off on a desktop by adding cookies (i.e. bits of code that tag visitors) to a website, and these cookies allow advertisers to follow prospects and target them with communications as they browse the web. But cookies can only track one device at a time; the trail goes cold when users leave a desktop and use a phone, for example. Users can switch screens multiple times in an hour, leaving marketers in the dark.

By means of algorithmic magic, Tapad can shed light where it was previously impossible. By crunching 150 billion data points, Tapad looks for commonalities that link one device with another, allowing advertisers to target their campaigns more specifically. Tapad commissioned Nielsen, a leading global information and measurement company, to conduct a third-party review of the connections within Tapad’s proprietary, patent-pending Device Graph. Over a two-week period, Nielsen reviewed and analyzed a portion of the Tapad data set and confirmed its connected devices were 91.2% accurate.

And while Tapad is being met with some resistance by web and consumer-privacy groups in Washington D.C., that hasn’t stopped the 82-member company from expanding to other U.S. cities and even globally, with a presence in London and sights set on Asian markets in the near future.

The cyber wars may sound like some B-grade science-fiction saga, but the fact is they’ve been brewing in the real world for quite some time. This became painfully obvious to the mainstream media once Sony Pictures got hacked late last year, exposing sensitive corporate data as well as thousands of personal employee details.

It’s no wonder that web security providers like CrowdStrike are projected to become more profitable as they become more desirable in business and government.

Founded in 2011 in Irvine, Calif., CrowdStrike has already carved out a significant place in the web-security market in such a short amount of time. It has successfully identified several cyber-espionage groups with links to the Chinese military, which have been systematically attacking U.S. and European industries. Most recently, CrowdStrike recently launched its next-generation Falcon platform, which includes host and end-point monitoring, intelligence, DNS and managed protection capabilities. The Falcon platform doesn’t rely on Indicators of Compromise (IoC) to detect security incidents; it instead looks for Indicators of Attack (IoA).

And if that all sounds pretty complicated, consider that a good thing. Web security is more complicated than ever, and CrowdStrike is on the cutting edge of this ever-changing industry.

The tech industry is becoming exponentially more desirable and profitable with every passing year. In fact, tech job growth is three-times faster than any other area of the private sector in the U.S. alone. Hired has entered the equation to help facilitate connections between prospective employees and employers.

Founded in 2012 in San Francisco as DeveloperAuction.com, Hired is a two-sided marketplace that matches tech talent with the right job opportunities. Every month, the company whittles down 3,000 applications to surface the best 240 software engineers, data scientists and UX designers. A roster of 600 talent-hungry clients, including Twitter, eBay and American Express, then scan the pool and make offers to those that fit their needs. Job candidates are free to peruse and compare offers as they choose. The average salary offered? $128,000. When users accept jobs, Hired sends them a gift box, a $2,000 bonus and a bottle of Dom Pérignon.

Hired has recently secured fresh funding in a pre-emptive blitz by investors clamoring to get a slice of the three-year-old startup now valued at $200 million. The $15 million round, which pushes total outside funding to $32.7 million, will be used to expand from San Francisco, New York, Los Angeles, Seattle, Boston and London to a new city every six weeks throughout 2015. That’s more than enough reason for the company’s 75 employees—and everyone who gets their dream job through them—to crack open some of that bubbly.

Rate This Article
☆ ☆ ☆ ☆ ☆
Marco Mannone
Marco has a background as a journalist and copywriter, and is based in Los Angeles. Read more