How to Make Your Crowdfunding Campaign Stand Out From the Rest 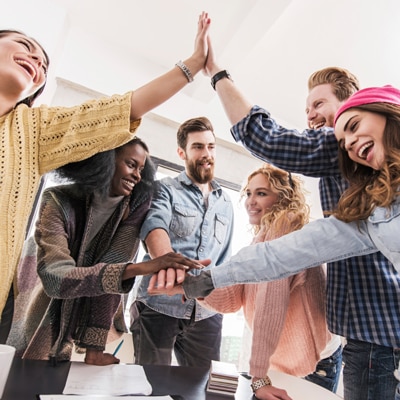 If you spend any time on social media, you’ve probably run across a few impassioned pleas from entrepreneurs, inventors and small business owners looking to finance their business or product. With the advent of crowdfunding sites, this practice of asking people outside your own circle for financial funding has become even more popular, with dozens of sites available that help you create the perfect crowdfunding campaign.

Easy, right? You just set your campaign status to “Live” and watch the money roll in?

Not quite. There are actually many crucial details to pay attention to when working on a crowdfunding campaign—let alone a successful one. Let’s examine some of the best things you can do to make your campaign stand out.

1. It’s a Business Transaction. Treat It That Way

Regardless of who you’re asking for money (i.e. Joe and Jane Public), you’re still asking them for money. If you wouldn’t say something a certain way or post a particular photo if you knew a bank lender or an investor might see it, then don’t do it for your crowdfunding campaign either.

You want to be personable and understand your audience, so there’s no reason to be stiff and mechanical. At the same time, however, don’t assume that because you’re asking anonymous people online to give you money that you can treat it casually. These folks are going to help you achieve your dream. Show them respect.

Similar to drafting your business plan or your mission statement, you should spend time reviewing your message, especially the language and tone you use. Focus on your campaign’s most important elements: its overall objectives and goals, the product or service you want to sell and who you are and why people should invest in you. Most investors prefer backing someone they believe is sincere and knows what he or she is doing. Your message can go a long way toward conveying all of these things.

3. Do Your Legwork Upfront

Some people believe that simply clicking “Go” on a crowdfunding campaign will get the job done. That’s just not the case. Many of the most successful campaigns begin with a percentage of the needed funds already raised before it even starts. You need to solicit the help of thought leaders, innovators and/or celebrities, people who will sing your praises and provide a boost to your campaign when it’s up on the site. This involves laying the groundwork for six to 12 months before you start to officially ask for money.

Think of your crowdfunding site as another social platform. But instead of sharing photos of your cat, you’re sharing updates on the progress of your product/idea. Make no mistake: people will leave you feedback. Whether it’s positive, negative, inquisitive or otherwise, make sure you respond. Answer questions promptly and accurately. Respond to negative feedback with facts, but don’t let any commenters drag you into a comment thread argument. Thank others for their positive response and support.

In short, don’t leave feedback unanswered. Absence implies abandonment. These folks took time to check out your campaign and might even give you money. Say “thank you.”

You may find that the messaging or benefits that you used to launch your campaign aren’t doing the trick. Your funding is low or nonexistent; you’re getting the same questions about your product in your comment thread; or it’s simply not gaining traction.

It’s okay if you have to rethink the messaging. Adjust your wording based on your demographic. Look at your stats; even traffic stats might help you. If you notice your page is getting most visits at night, maybe you want to speak to this audience of insomniacs or night owls differently. These nuanced differences help you retain your current audience while attracting new supporters.

6. Ask for the Minimum Amount You Need

This might seem counterintuitive, but it might actually help you get funded and maybe even exceed your funding goal. Many crowdfunding sites won’t release any money unless your campaign goal is reached. Approximately 30% of all Kickstarter projects are successfully funded. Additionally, 79% of all projects that raise more than 20% of their total goal were successfully funded.

This data suggests that backers want to put their money on a winner, and it’s easier to win with a lower amount. It’s like the saying, “betting on a sure thing.” If it looks like you’re going to “win” (or meet your goal), people might be more inclined to help you.

Picking the right perks is a tricky step that can be difficult for crowdfunding newbies. If you’re selling a product, the most common perk is to include one as part of a backer level. The same is true for certain services, which you can definitely include as part of a certain dollar amount. If you’re looking to get a retail or restaurant location open, invite backers to a private party or a pre-grand opening event. However, always keep your audience in mind. Some backers may not want a token gift or something useless; they might simply prefer a “thank you.”

When you’re ready to start crowdfunding, do your research upfront and pick the platform that’s best for you. Then follow the tips above and start making your business dream a reality.