In the Trenches: Should We Have a Tipping Policy? 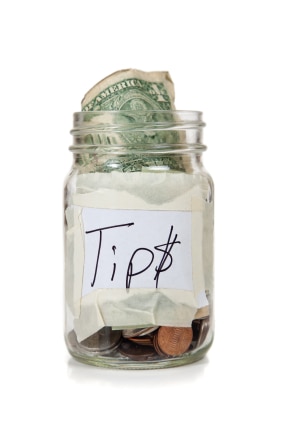 I can count on one hand the number of times a client has wanted to tip one of our concierges, yet it’s happened twice in the past week. We don’t have a formal tipping policy, and I’m wondering if I should consider implementing one.

Of course, we would never ask clients to tip — or even suggest that they might want to do so. Tipping isn’t customary in our line of work. Our concierges receive a set commission for assisting clients, so they know what they’ll get paid in advance. They don’t expect to receive tips, and — as I’ve noted — tips are very rarely offered.

The first time was a couple years ago, when a client was traveling from Europe to Hawaii. His initial flight was late, so he missed his connection. Our concierge worked a little magic to get him to his destination very quickly. The client was so grateful that he insisted on tipping the concierge.

The tipping issue didn’t come up again until this week, when two customers wanted to tip for very different reasons. The first client wanted to thank our award-travel architect, who worked incredibly hard to put together an itinerary using frequent flier miles. The client was so grateful our architect had been able to arrange the complex itinerary that she wanted to give him more money.

A couple days later, a concierge helped a second client who was illegally bumped from a flight without being compensated. The customer was so pleased that he wanted to give the concierge a bonus.

In both cases, I told the clients that they could send money by signing up for an additional service on our website. After all, our staff is rarely in the same place as our clientele, so people can’t just tip in cash. I told them we’d notice their online “purchases” and transfer the funds directly to the appropriate person.  This doesn’t get recorded as revenue but rather just as a pass-through to the concierge.

All this got me wondering whether I should put a formal policy in place. I don’t want to talk about tips on our website or blog, because I don’t want customers to feel like they have to pay gratuities. But if someone offers, should we have a more straightforward way of handling tips?

Rate This Article
☆ ☆ ☆ ☆ ☆
Brett Snyder
Brett Snyder is President and Chief Airline Dork of Cranky Concierge air travel assistance. Snyder previously worked for several airlines, including America West and United, before leaving to create a travel search site for PriceGrabber.com. Snyder did his undergrad at George Washington and earned his MBA from Stanford. Read more