6 Reasons to Not Raise Capital for Your Business 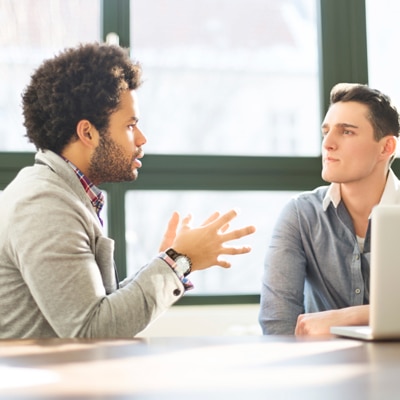 15 years ago during the internet bubble, I sold my company and started an angel investment group. During that time, I listened to many presentations from would-be entrepreneurs looking for money for their companies. I consistently heard many of them say, “I only need $1 million to make this company work and do it right from the start.”

I thought this claim was outrageous, even during the heady days of the tech bubble. They had convinced themselves that they could not even start the company unless they had raised a lot of money.

Unfortunately, having a founder dedicate his or her time to landing outside investment can be detrimental to a company. The real secret sauce in growing a business is paying customers. Manish Patel, CEO of Where2GetIt, a location-based marketing company, decided early on not to raise capital for his company. Instead, he focused on three things: profit, growth and sustainability. 18 years later, his business stands as one of the strongest players in its industry.

In his new book, “Pocket Man,” Scott Jordan, CEO of SCOTTeVEST, the highly successful adventure travel wear company, states that some of the best advice I ever gave him was not to go out and raise capital for his company. This allowed him more time to focus on refining his product, marketing and target customers.

While it may seem to be financially less risky to fund a company with outside capital, there are good reasons why you shouldn’t raise that money. Here are six of them.

Seeking money at any stage of a business is time-consuming for the founder. An entrepreneur should expect it to take 50% of their time and 100% of their attention while engaged in this activity. Remember, this competes with time spent on sales, marketing, finance, and product development so expect these areas to suffer.

The problem with focusing on raising money is that it distracts the founder and their team from focusing on getting paying customers, which is what will ultimately fund the company in the long term. Plenty of capital for an early stage business does not guarantee the company will be successful. Only paying customers will do that.

Raising money using an outside broker can cost up to 12% of the investment that is being sought. When a deal is finally done, many entrepreneurs are forced to give preferential stock treatment to their investors as well, which can hurt their own payout when the company is sold.

Having outside investors in a business can make running the company more difficult. There may be outsiders on the board of directors, and they will constantly scrutinize what the founder is doing. Frequently, there are competing strategic and tactical goals.

Having too much capital can actually make the small business owner “stupid.” In other words, they will spend too much money testing many strategies that can typically be accomplished on smaller budgets. A symptom of this is the perceived need for fancier offices and other perks, neither of which contribute to the company’s success.

Small business success is not about making big bets or taking giant leaps. It is about taking small actions with limited budgets. Then, measure the results and take another action step. This is the process of testing and expanding. Patient and iterative actions typically win over a period of years. Most overnight successes take seven to 10 years!

The good news is that the vast majority of service businesses do not need large amounts of capital. Most small businesses can start on less than $30,000. Typically, most of the money usually comes from founder savings, as well as family and friends who invest because of a personal relationship with the founder, not on the merits of the company. In addition, these people will not try to influence the running of the company. They will also likely show more trust in your abilities than an outside investor.

It is also wise to save capital for financing future company growth. Too many times, entrepreneurs invest too much money at the beginning of the business and do not have enough cash left to expand once they know where to invest it. In this way, they are forced to repeat the steps as described above.

This does not mean that a company should be undercapitalized, but you can avoid this situation by readjusting your budget. Ultimately, you should ask yourself, “How far can my company get on less money?“