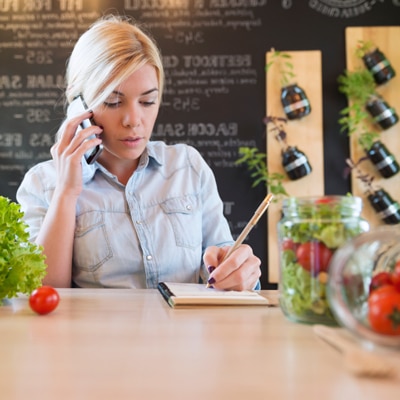 That’s unfortunate, since angel investors provide about half as much financing as venture capitalists: $24 billion compared to $48 billion, according to the Center for Venture Research and MoneyTree, respectively. Angels, defined here as accredited investors who earn $200,000 annually (or $300,000 as a couple), or have a net worth, excluding their homes, in excess of $1 million, are more likely than VCs to focus on seed and early-stage companies.

This new public-facing financing method became possible on September 23, 2013, when the SEC put into effect the rules and regulations that allow private companies to advertise their securities offerings to angel investors. Previously, public solicitation was prohibited. Entrepreneurs now can market their securities offerings through websites such as AngelList, CircleUp, Crowdfunder and Portfolia.

Yet surprisingly few companies choose to seek funding publicly. Last year, 382,000 companies sought to raise money from angels in the real world. Fewer than 100 companies were added to those already trying to do so in the online world between January 1 and June 30, 2015, according to Crowdnetic, which aggregates data from 18 equity crowdfunding platforms.

The reality is that concerns about a new way of doing business often hold back adoption. I tackle these concerns in 6 Common Misconceptions About Equity Crowdfunding. The good news is that entrepreneurs who are embracing public-facing financing are blazing the trail, and best practices are emerging. I’ve written about some of those practices in How to Ensure a Successful Crowdfunding Campaign and in Stand Out In the Crowd: How Women (and Men) Benefit From Equity Crowdfunding.

Women Entrepreneurs and Equity Crowdfunding: A Gap and Great Potential

Raising money via equity crowdfunding platforms has the potential to level the playing field for anyone raising money, but its impact may be greatest on underrepresented groups—such as women—who lag even further in taking advantage of this new approach. Women entrepreneurs are twice as likely to seek money offline from angels (36%) than publicly online (18%), according to the Center for Venture Research and Crowdnetic.

This gap highlights tremendous potential. “The Kauffman Foundation reports that women build capital-efficient companies, generating 12% more revenue on one third less capital,” according to Kay Koplovitz, chairman and co-founder of Springboard Enterprises, an accelerator for women-led businesses in technology, media and life sciences. “[Think] how much more productive they could be if they raised capital on a par with men!”

You may wonder what types of securities other entrepreneurs use when raising money. A majority (58%) issue stock as their method of financing. Nearly one third of entrepreneurs choose a convertible note, which allows them not to set an equity valuation at the time of the investment or to simply pay back the money within a set period of time prior to taking in permanent equity capital.

There are other financing structure options, such as revenue sharing or royalty agreements, but these are far less likely to be used. Depending on your long-term goal for the company, a securities lawyer can advise you on which is the right form for you.

It’s no surprise that the top location for equity crowdfunding activity and deals is the San Francisco/Silicon Valley area, both for entrepreneurs in general and for women-led companies in particular.

Over the past few decades, this area has developed a strong culture of entrepreneurship. It takes a village to build a growth company and to provide the ancillary support that makes growth possible. San Francisco/Silicon Valley has a long tradition of assisting high-potential entrepreneurs, not just with capital but with expertise and connections to customers, talent and vendors.

New York City is in second place. Worth noting are the high performance of relatively small cities such as Austin and Las Vegas, which rank among the top ten cities for raising money publicly online.

Other Signs That Equity Crowdfunding Is Gaining Credibility

Venture capitalists recognize the potential of crowdfunding and have invested in these platforms to the tune of $250 million in 2014, according to Massolution’s 2015CF Crowdfunding Industry Report. Big-name companies such as Coca-Cola, Nike, General Mills and Chrysler use crowdfunding platforms not to raise money but to gain insights into consumers.

Marketing your security offering via an equity crowdfunding platform is hard work and may not succeed. But even if your business is not based in one of the hot areas for equity crowdfunding or isn’t part of an underrepresented community, you owe it to yourself to do your homework to determine if it is right for your company. The shortened fundraising cycle and access to a wide pool of possible funders may trump the challenges of pursuing this innovative new funding option.

For more information about raising money for your company, read about Regulation A+ and what it can mean for your business.

Rate This Article
☆ ☆ ☆ ☆ ☆
Geri Stengel
Geri Stengel is founder and president of Ventureneer, a content marketing, market research and education company that helps organizations reach small businesses through thought leadership. She is an expert in women's entrepreneurship and crowdfunding. Read more