Raising Capital With a Mini IPO Under Regulation A+: Is It Right for Your Company? 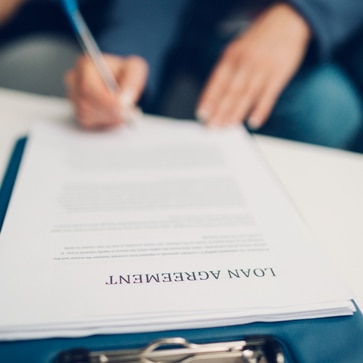 Until recently, your company would have had to spend millions and deal with a correspondingly large amount of paperwork to do an initial public offering (IPO). That changed on June 19, 2015 when Title IV of the JOBS Act, Regulation A+ went into effect, allowing companies to raise smaller amounts of money directly from the public. This so-called mini IPO provides earlier stage companies an incremental pathway to enter the public markets.

How Does a Mini IPO Work?

A Mini IPO—which some call a “Reg A+ offering”—allows you to raise money from everyone, including non-accredited investors (the masses), and sets two tiers for soliciting investment:

As for which one may work better for your business, it’s hard to say without closely examining your business’ current size and goals. In general, many experts favor Tier II over Tier I because of Tier II’s state preemption feature, but other experts have different opinions. According to Sally Outlaw, co-founder and CEO of Peerbackers, Tier I is useful for companies located in capital formation-friendly states. “If you’re only raising money from people in one or two states, Tier I may be a good option for your company,” says Outlaw.

Douglas Ellenoff, a partner at Ellenoff, Grossman & Schole, notes that Tier II’s preemption clause is spurring state governments and regulators to review their registration processes to make them more streamlined. “States are trying to get the word out that their coordinated review process is ‘competitive’ with the preemption of state Blue Sky laws [to protect investors against fraud] in Tier II,” he says.

At either tier, preparing filings requires effort and money, which is another reason a mini IPO is not appropriate for very early-stage companies. These companies are focusing on developing the product and bringing in customers, and simply don’t have the resources to devote to raising money in this way.

What Types of Companies Should Consider Doing a Mini IPO?

Mini IPOs are best suited to companies that have developed a customer following or a strong social media presence. Think of a local restaurant or store chain with a few locations that wants to expand, or a consumer product in which venture capitalists and angels don’t yet see value. Many women’s products would fall into this category. Video gaming companies or celebrity-backed films could also benefit. A mini IPO also could be right for social impact, tech and biotech companies. These companies have the ability to go directly to their fans or potential users to raise money.

If you don’t have followers, you can still take advantage of Reg A+ by using a broker/dealer or investment bank to connect you to institutional investors, though you’ll have to pay for that ability.

If your company falls into any of the following three categories, however, then raising money in a mini IPO probably isn’t for you:

Test the Waters Before Going All In

Not sure if you have the kind of following that will invest in your company? Test the waters first. The SEC allows companies to ask their followers whether they would invest if the company did a securities offering. “You can do this outreach via an e-newsletter, social media, or website,” says Outlaw. “However, you must include a disclaimer that says that you are not currently selling securities.”

“What still needs to be developed is an after [secondary] market where shareholders can sell their stock to each other,” Albright says. Years ago, the NYSE was for large cap stocks, and the NASDAQ for small cap. NASDAQ now plays upstream with larger offerings. The OTC Markets Group has proposed a set of rules so Reg A+ companies could list with them. And new venture exchanges will likely also be launched as Reg A+ offerings become more popular.

Get Your Securities Offering Right or You Won’t Pass Go

Selling securities to the public is highly regulated. Company filings must be compliant. Some companies are rushing out the door to make their securities offerings, but this is an area requiring patience and diligence. In fact, one company was so eager, it made its offering even before the law went into effect. Companies take note: the SEC will reject your filing if it does not comply with all regulations.

It’s too soon for best practices to have emerged, but Elio is one company that looks to be setting the standard. It plans to manufacture an American made two-seater automobile that gets 84 miles to the gallon with a retail price of $6,800. As of July 12, 2015, Elio’s testing-the-waters campaign, launched on June 19, surpassed $21 million in expressed interest from nearly 5,000 investors, putting it at 86% of its $25 million goal.

Another company, DietBet, a WayBetter company, is an equity crowdfunding veteran, having successfully raised money on SeedInvest twice before. DietBet provides group support, micro-goals and rewards to people who want to lose weight. It’s doing a testing-the-waters campaign on SeedInvest. Within 48 hours it received $9.3 million of investment interest from 3,171 people.

Different financing options are a means to an end. Discussing the advantages and disadvantages of each with legal counsel knowledgeable about the JOBS Act is critical. Even lawyers who specialize in working with small businesses often don’t have this expertise. If a mini IPO seems right for your company, you’ll want someone on your side who understands all the ins and outs of this new and potentially exciting means for growing your business.

Rate This Article
☆ ☆ ☆ ☆ ☆
Geri Stengel
Geri Stengel is founder and president of Ventureneer, a content marketing, market research and education company that helps organizations reach small businesses through thought leadership. She is an expert in women's entrepreneurship and crowdfunding. Read more