The history of summer shutdowns and productivity in manufacturing 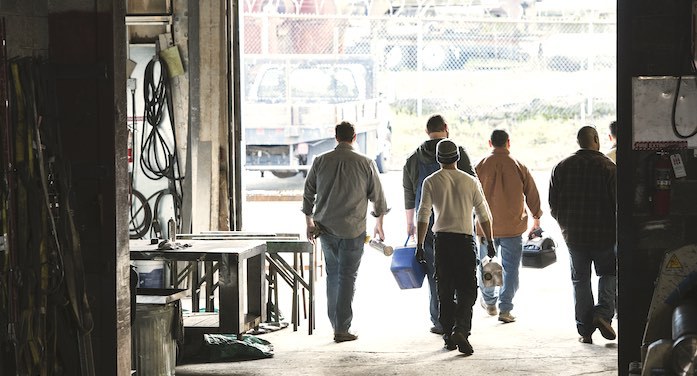 If you travel to Sweden in the middle of summer, you might wonder where everyone has gone.

Cities like Stockholm will seem empty, with many stores and businesses shut down despite the influx of tourists in the prime season that could bring in extra profits. Factories also shut down during this lengthy period lasting from about mid-June to the end of August.

This is known as the industrisemester, or industry holiday.

In the 1930s, labor unions in Sweden negotiated for paid holidays for an initial period of two weeks. This was scheduled during haymaking season so workers could leave the cities and go off to their family farms in the countryside. Today, workers in Sweden are entitled to 25 paid vacation days per year, making it one of the countries with the most paid time off.

But the idea of an extended summer vacation doesn’t just apply to Sweden. In fact, it originated in Europe in the manufacturing sector and is the reason behind the popularity of beach towns like Blackpool in England. Once this collective holiday was established, workers flocked to relaxing beach resorts for the summer. Volkswagen even transported its workers by rail from its factories in Wolfsburg to their hometowns in Italy until the 1980s.

Similarly, in the U.S., where Henry Ford implemented his first assembly line in 1913, it made sense for factories relying heavily on the assembly line to shut down plants completely since a full assembly line was required to operate the plant. They couldn’t give employees paid time off at different times as one missing assembly line worker would affect the entire chain. The shutdown also gave them an opportunity to reevaluate the assembly line and make changes as necessary.

Now that assembly lines are automated, a shutdown isn’t strictly necessary. In fact, many companies like GM and Ford often forego or shorten them as sales boom. But further research on productivity can inform the way companies implement the shutdown process in a more efficient way.

How more time off can increase productivity and employee engagement

In 1926, Henry Ford broke new ground by implementing a 5-day, 40-hour workweek after discovering that employees tended to be more productive working 40 hours than 60 hours. By and large, this model remains the norm today. But if Ford argued for two days of rest saying, “Every man needs more than one day a week for rest and recreation,” modern economists are now arguing for a four-day workweek.

One firm in New Zealand that conducted a trial of the four-day workweek decided to permanently adopt the new hours after finding that productivity increased by 20%, while employee happiness measurements like job satisfaction and work-life balance also received a boost.

According to Dan Rogers, co-founder of the analytics firm Peakon, employee engagement naturally dips during the summer. Vacation requests tend to swarm in during this period as well, making it more difficult for employers to remain fully operational during the summer months. Considering these factors and more, an extended plant shutdown during July or August can be an effective way to increase productivity for the rest of the year and even cut down on costs.

JCB, a British equipment manufacturing company, shuts down its HQ in Rochester every summer for three weeks. It cites that doing so leads to benefits like “cutting back on expenditure and outgoings and a happy workforce.”

Why productivity naturally dips during the summer

Factories located in hotter climates prone to heatwaves can suffer during the summer as well. On a global scale, rising temperatures are expected to cut the average worldwide income by 23% by 2100.

In a study conducted on factories in India, researchers found that for each degree above 27° Celsius (80.6° Fahrenheit), productivity decreased by 4% among workers engaged in manual activities like garment manufacturing.

While workers in the steel industry used to more automated processes were not impacted in the same way, absenteeism rose during hot periods for both garment and steelworkers. Overall, factory output decreased by 3% per degree Celsius on average across all 70,000 plants studied during hot years.

In a McKinsey case study, managers at a chemical plant knew that external factors were affecting performance but didn’t know to what extent. The plant then hired technicians to identify and measure changing conditions during the summer, including humidity, wind direction, and temperature.

Using this data, they were able to identify the exact profit and loss per hour based on each seasonal variable. After determining which weather parameters affected the profit-and-loss ratio the most, they decided to tackle the factors resulting in a loss of productivity and realized that upgrading one piece of equipment could give them €500,000 in value annually.

If you know for a fact that your plants are likely to suffer from changing conditions in the summer, a shutdown scheduled to coincide with the worst period in the year might be a good idea. Alternatively, this can also be the perfect time to upgrade equipment in a way that combats the loss in productivity as a result of the weather so that working conditions won’t be affected as much in the following years.

Summer shutdowns don’t have to stick to a single schedule

Although manufacturing shutdowns have been the norm for well over a century now, globalization and international trade have influenced this tradition. Despite the fact that fewer working hours and paid time off can lead to a healthier result, manufacturers should consider alternative schedules to accommodate for factors like region and sales volume.

In general, flexibility is key if manufacturers want to respond to changes in supply and demand. GM extended its summer shutdown to five weeks during slow car sales. Ford did the opposite for its Louisville plant, shortening the shutdown from two weeks to one week due to increased demand. Plants can benefit from preparing for both scenarios rather than prematurely scheduling the shutdown on an arbitrary date.

It’s no longer feasible to shut down all plants and offices during the same time in the summer. As early as in the 90s, the New York Times reported that one worker for Fiat in Mirafiori got just two weeks’ time off in 1996 compared to the whole month of August in 1979. Companies that want to compete on the global stage need to maintain operations year-round, especially if they have plants and offices worldwide.

For many manufacturers that have suppliers, trade partners, and employees scattered around the globe, shutdowns might be more effective if scheduled for other parts of the year. Alternatively, a weekly shutdown staggered throughout the year may work better than one long shutdown in July.

Prepare for a summer shutdown with data

Before scheduling your summer shutdown, take the time to think about exactly how these months affect your company’s output.

Consider how changing weather conditions, working hours, and trade relationships affect productivity. Even without hiring technicians and building an analytical platform, taking a good look at your operational history during specific periods can give you a good indication of how much the summer months affect your factory’s output. Use the weeks and months leading up to the shutdown to learn lessons from the past.

Advanced reporting tools can predict sales and output for the quarter and give you a good overview of when a shutdown might be most effective. If the months of June and July generally see higher consumer demand, it doesn’t make sense to schedule a shutdown during that time. But if you find that sales tend to slow down by August, implementing a shutdown for those later weeks can serve your schedule for maximum efficiency

The key is to understand your sales history to create a flexible shutdown process that minimizes your losses and maximizes productivity. If that means you need to schedule a shutdown in the winter, so be it. Summer shutdowns have less relevance in today’s global and automated environment. It’s more important to remain flexible and open to changes.