How Center Drill, Inc. grew from $30,000 to six-figures a month with QuickBooks Enterprise 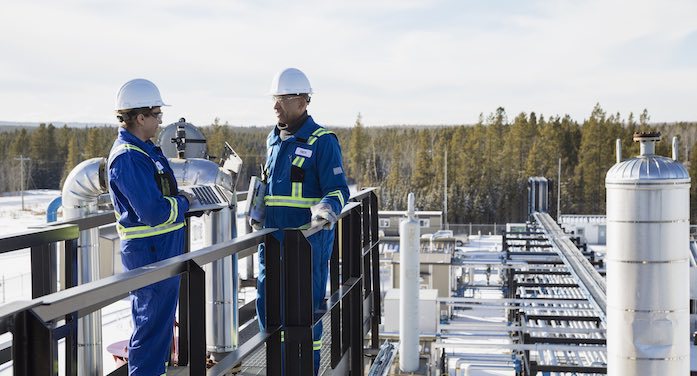 At the dusk of the 1980s oil glut, Tommy Moses first set out to buy oil equipment in 1989 for pennies on the dollar. Despite his keen sense of timing, even he would not have predicted his new company would become a family business spanning three generations, eventually pulling six figures a month in revenue.

Tommy officially founded his company, Center Drill, Inc., in 1991 and has been in the downhole drilling and oil field tool market for nearly three decades. Until 2007, it was a one-man operation, with Tommy recording every business transaction by hand, pen on paper or in Excel.

Today, although Tommy’s son and grandsons have joined the business, operations have remained lean despite the business growth. All operations are handled by two women, Francie Vance and Star Moses, Tommy’s daughter-in-law, using QuickBooks Enterprise.

Tommy’s decision to do his bookkeeping by hand was a result of being in the oil business since 1967, and he was accustomed to manual processes. The books involved a checkbook and a register with 30 columns, each containing a different expense.

At the end of the month, they’d have to add up all the expenses and check the balance. Errors were frequent and typically resulted in an extra full day’s work of reconciliation.

When Francie started her job at the Center Drill office in 2007, she quickly realized the process wasn’t sustainable. Everything from payroll to taxes required days to figure out, and involved digging through boxes and boxes of paper files. They had QuickBooks but only used it for invoicing.

They also had a massive Excel sheet containing all company data going back to the 90s. Quite predictably, this sheet crashed twice, forcing them to rebuild everything from scratch.

“It’s not something I would ever want to revisit again,” says Francie.

She and Star decided they should use more of the features QuickBooks offered than just invoicing. They enlisted the support of VARC Solutions, an Intuit Solution Provider, and met with their President, Robin Hall, who worked with them to make better use of QuickBooks. Star and Francie both feel this was one of the best business decisions they have made.

Francie now does Center Drill’s bank statements in five minutes rather than five days. The time saved now allows her to attend to other business matters. Star, who handles all the company’s invoicing, is so efficient with QuickBooks that she does the work of three people, effectively tripling her productivity.

“If we were still doing everything by hand, there’s no way that we could produce what we’re producing right now. There’s not enough time in the day to do it all,” says Francie.

The improvement doesn’t just end there. When Tommy first started Center Drill, a good month meant about $30,000 in invoicing. Now, the company brings in six-figures each month. Without QuickBooks, and Robin’s support getting them to transition out of the paper-based operations, these numbers would’ve been impossible to reach.

“I can guarantee you that we wouldn’t have been as efficient as we are now. I know that without a doubt,” comments Francie.

Two keys to operating in a cyclical industry

While improving efficiency and boosting profits have definitely made the business strong, Center Drill, Inc. has also become resilient in the face of the inevitable dips experienced with the cyclical nature of the oil industry.

One way Center Drill has been able to remain stable is by anticipating those lean times and investing in a solid foundation that allows the company to cut back and make changes as needed. Even during their worst years, the company hasn’t needed to cut salaries.

Two things have contributed to building that stable core—paying off debt and having a good support network. Because they make sure to pay off all their debts on time, even during bad years they have the flexibility to cut back on expenses that otherwise would have to go toward debt payments.

Francie feels that a knowledgeable QuickBooks pro advisor, along with trustworthy professionals, is the key to a good business network. Once you have those things, there’s nothing that you can’t handle. This provides for a stable business that provides the owner with great security and sense of peace.

Why Center Drill invests in technology for future growth

Despite being a part of the oil industry, which is vulnerable to extreme market fluctuations, Center Drill, Inc. is currently on track to do the best it’s ever done in their current cycle.

Part of this is due to new technological investments. Recently, the company purchased a $250,000 machine, specifically designed for them, that lays down the same type of bead on their material every time, without extra labor or errors. Barring human programming errors, the machine delivers high-quality work every single time in a way that humans can’t match.

“It’s a big deal for a very small company that started out doing everything by hand,” says Francie.

They’re also investing in software to improve operational efficiency. Right now, Francie has digitized all their paper records from their 20-year history into Quick Base so they can easily look up data on tools and jobs. Another goal is to digitize delivery tickets from the field.

“Once we can do that, it’ll free up a lot more time and make everything run a lot more smoothly. We’ll be able to see things online without having to enter it in after we get the delivery ticket,” says Francie.

Switching from doing everything by hand to using QuickBooks Enterprise has saved Center Drill, Inc. time and money, allowing it to grow to millions in annual revenue. “I can’t imagine a business not needing at least one of Quick Base, QuickBooks, or TSheets,” reflects Francie. “There’s no other program that can do what QuickBooks does.”

QuickBooks has become so central to Center Drill’s operations, Francie is able to work from her ranch when she wants to—there’s no need to be in the office if she has her laptop.

As Francie puts it, “The way everything is set up here, I don’t see any reason why we won’t be in business forever if that’s what we want to do.”

This article currently has 6 ratings with an average of 1.8 stars