Reaching the summit of business performance 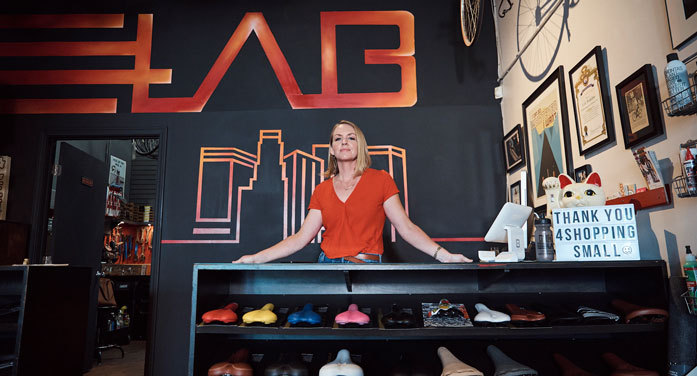 Alan Arnette poses one question to hopeful climbers as they contemplate their ascent to the peak of Mt. Everest. How do you prepare for trekking in deep snow while shouldering bulky gear through the “death zone,” where oxygen is about one-third as scarce as it is at sea level?

Arnette, a former Hewlett Packard executive, scaled Everest in 2011 after three unsuccessful attempts, so he knows a thing or two about planning, training and acclimating in order to conquer what seem like insurmountable challenges. Going directly from the couch to the top of the Earth won’t work. Anyone with Arnette’s aspirations needs to have a solid strategy.

Likewise, any business leader bent on achieving their own goals might ask themselves a similar question. The statistics on business failure are out there and probably bear repeating. According to the Small Business Administration, 20 percent of new businesses shutter within a year, and only about half make it to the five-year mark.

You can avoid adding to those lamentable statistics by examining the overall health of your business and executing a plan to boost revenue by improving attitudes, streamlining business processes, and forging valuable relationships. Becoming more fiscally fit requires a laser focus— and the proper sequencing of prudent financial management, strategic team-building, adaptability, and growth.

A route to success

In 1958, Joe Coulombe purchased 20 convenience stores in Southern California and sold everything from minestrone to macadamias. Coulombe had visions for expansion, and in the wake of the GI Bill of Rights, sensed consumer habits and behaviors were changing.

The landmark bill provided educational opportunities for veterans, and the retailer figured a segment of higher-educated folks wanted something unique in terms of customer experience and selection. In 1967, Coulombe’s Pronto Markets became Trader Joe’s, a store where enthusiastic employees donned Hawaiian shirts along with chipper demeanors, and shoppers could find fine wine and eclectic foods.

Trader Joe’s became wildly popular, offering fare that tickled the evolving palates of a more sophisticated and culturally mixed customer base. Value played a role in the retailer’s success also, as the chain famously offered a decent two-dollar bottle of wine—dubbed two-buck chuck by its loyalists—from the Charles Shaw label.

Quirky and contagious, the chain’s marketing efforts caught the eye of the global discount supermarket chain ALDI, who bought Coulombe’s Trader Joe’s franchise in 1979 for an undisclosed sum. Like a disciplined Alpine climber who sheds fat and builds muscle for an arduous ascent, ALDI continued the lean and mean operating model fostered by Coulombe. The privately held company is notoriously hush-hush about results, but BusinessWeek estimated that between 1990 and 2001, the number of stores increased five-fold and profits grew about ten times over in that time frame. In its 2016-17 fiscal year, revenues were estimated at $13.3 billion annually.

As of 2017, Trader Joe’s maintained 474 locations across the nation and employed about 38,000. Compensation for sales associates range from $30,000 to $40,000 annually and managers are reported to earn in the low six-figure range.

As a business owner, the key question you must also ask yourself is whether or not you’re prepared to embrace change and implement new organizational measures at a sustainable pace. Leaders focused on taking business performance to a higher level would do well to emulate some of the practices the retail chain has adopted over the years.

In its marathon-like trek toward optimum business performance over the past six decades, Trader Joe’s stuck to a few binding principles and practices that yielded a competitive advantage. Its stores—about 15,000 square feet each—don’t occupy the cavernous spaces and generate the corresponding overhead costs that competitors such as Kroger and Whole Foods do. Product offerings vary greatly, and its proprietary brands cater to consumer tastes that differ by region. Traditional and costly large-scale marketing campaigns are eschewed for an electronic newsletter and an ad circular named Fearless Flyer, which comes out eight times per year.

Coulombe didn’t have a crystal ball and neither will you. However, you can adopt the following three measures to ensure your business embodies the readiness and grit of an individual who plants a flag on a prominence equal to the cruising altitude of a 747.

Before an aspiring Everest summiteer reaches the peak, weeks must be spent at base camps at 20,000 feet and beyond to acclimate the body to depleted oxygen levels at high altitude. Hypoxia or altitude sickness begins around 8,000 feet. Thus, mountaineers must gradually adapt to the thinner air, and all but the most physically fit and physiologically freaky folks must use supplemental oxygen to thrive at and climb to 29,029 feet.

Hiring more employees creates the need for human resources specialists who can recruit and retain top talent. Up to this point, you or an associate may have handled payroll, tax and compliance issues but that will prove difficult for you or dual-role colleagues as more employees are added to the fold.

Do you have ready access to capital? Unless you’ve accumulated coffers of cash, you’ll want to use debt for more space and equipment—and even if you do have the resources, leverage can be a smart business play. Why allocate cash to operations when borrowing at reasonable rates can ratchet up return on investment (ROI)? Additionally, maintaining solid relationships with commercial lenders allows them to better understand your business model, which makes funding easier to secure when growth beckons.

Along with altitude and merciless weather, climbers must stay attuned to their surroundings on both ascent and descent. A spill into a bottomless crevasse on Chomolungma or glacial movements along the Khumbu icefall can be deadly. Even a momentary lapse of focus can spell doom despite dogged training, expert guidance, and a carefully planned route to the top.

You’ve charted your own course to the top and if sales boom and profits abound, all is good with the world. Don’t relinquish your gains to complacency and distraction. Many business owners get sidetracked from their primary venture by pursuing other opportunities. Diversification is a great strategy to combat dips in demand or reduced consumer spending but reinvesting capital in your bread-and-butter business might serve as a better alternative than assuming more risk.

Ego plays a big part in business failures. Unnecessary spending on frivolous advertising or extravagant facilities can boost costs beyond a level that revenues can sustain. Using financial forecasting tools to calculate ROI on each dollar spent keeps your business in a healthy operating mode and gives you a clear picture of which costs are justified, and which costs are not.

Few mountaineers attempt solo climbs on Everest. The vast majority of climbers pay big bucks to hire seasoned guides who have summited multiple times and consequently have a more intimate knowledge of the mountain and all its nuances and perils. Sherpas—the native Nepalese climbing savants—have likely encountered most threats the journey poses and inherently know when to retreat and when to press on.

Most business owners or executives come to market with defined strengths yet juggle many different responsibilities. Do you excel at marketing and sales or are operations and finance more your forte? You’ve probably assembled an internal group of talented people who help carry the load of managing personnel, selling your product or service, and accounting for revenue and expenses. The talent you’ve amassed notwithstanding, can you expand horizons by looking outside the organization for ideas on trimming operational costs, optimizing distribution channels or maximizing the value of software?

Despite your best efforts and those of your management team, the business can look too deeply inward, narrowing the focus to what’s happening within the company and not outside it. Sometimes management can lose perspective, and feedback and counsel from a second set of eyes might help your business get back on course. It’s not a knock on your vision. It’s more of a call to broaden its scope. Independent business advisers have become a valuable resource to companies that want to gain a fresh perspective on what it’s doing right and which areas warrant improvement.

All organizations have weaknesses that need some tweaking. Can you ramp up sales? Can you trim budgetary bloat? Can you implement predictive analytics to determine which candidates will produce and stay with the company for five years or more? More importantly, is an investment in any of these areas worth the risk?

Left to your own devices, those are a lot of questions to ponder and answer without expending considerable time and effort. Partnering with an industry-specific adviser enables you to carry on with business as usual while they analyze each aspect of your organization— and recommend some solutions.

Lewis Pugh, a renowned distance swimmer often referred to as the Sir Edmund Hillary of the sport, offered observations that hit home in both mountaineering and business exploits. After completing a 0.61-mile swim across Lake Pumori on Everest at 17,388 feet in mind- and body-numbing waters, he said: “I learned two basic lessons on Everest. First, because something has worked in the past does not mean it will work today. Second, different challenges require different mindsets.”

Indeed, financially fit and operationally sound businesses share the same characteristics as finely tuned athletes: persistence, strength, adaptability, and agility. For both mountaineers and entrepreneurs, the road to success involves not just visualizing the summit but relentlessly moving towards it.

This article currently has 4 ratings with an average of 2.0 stars

Thomas Tracy
Thomas Tracy is a writer and small business consultant with 28 years of experience in the insurance, employee benefits and financial services industries. Read more