Emazing Lights: Life Before and After “Shark Tank” 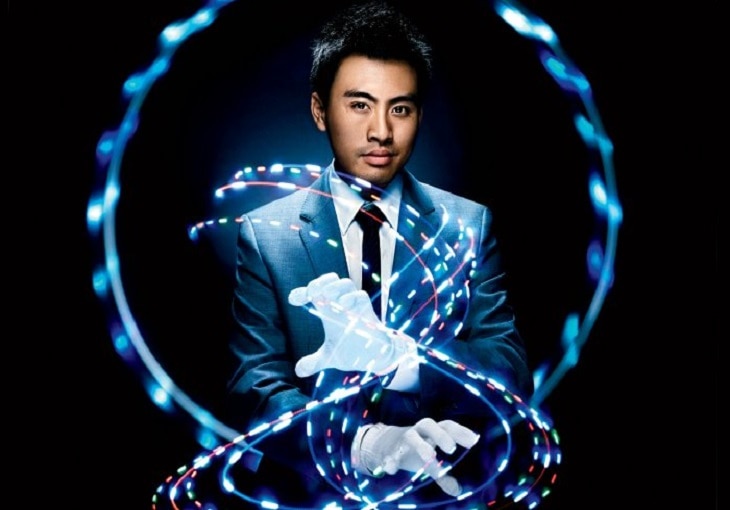 A growth rate of 2,281 percent over just three years is an achievement most business owners can only dream of. But that’s exactly the level of success California company Emazing Lights has experienced since CEO Brian Lim was inspired to create light-up gloves used by ravers and other “gloving” enthusiasts. And now he’s gotten his company a solid investment from Shark Tank’s Daymond John and Mark Cuban. Not only was Lim called possibly the “best entrepreneur” ever to appear on Shark Tank, but Emazing Lights has had the unique experience of almost singlehandedly fueling the growth of an underground fad. How did it happen? We recently got the scoop from Lim directly.

The year was 2010, and Lim’s fiancee had purchased some inexpensive LED gloves to wear to a club. As he played around with the gloves, waving his lit fingers through the air, Lim was mesmerized by the attention he attracted. The experience made such an impression, he soon looked deeper into the gloving subculture and fell in love with it. But Lim wasn’t impressed with the selection of LED gloves available to enthusiasts, so he decided to make his own. With a mere $100, he purchased inexpensive materials and started making and selling his own product. Emazing Lights was born.

Lim says he was inspired to succeed by fellow glovers. “Once you really dig deep into the subculture, you see it affects people deeper than little light toys,” he says, describing the email he receives every day from people who grew up in the worst of circumstances but say they found salvation in gloving.

Lim credits his quick success to his passion and determination. He started by selling gloves sets out of the trunk of his car at a local hamburger joint, holding “Friday Night Lights” events. Sales took off and Emazing Lights grew exponentially until the restaurant made him leave. Then he just moved and continued selling the gloves at different locations until he’d saved enough to open his first retail store.

Gloving was born from California’s early-to-mid 2000s rave scene. Ravers who were already dancing and performing with glow sticks and glow strings upped the ante by wearing gloves with glowing fingertips. Emazing Lights may not have invented gloving, but it certainly cemented its presence and helped gloving flourish as an art form, in large part by hosting gloving competitions.

The gloving scene spread like wildfire. By 2014, the fourth-annual International Gloving Championship featured more than 500 competitors, judges, sponsors, and cash prizes. Emazing Lights has even sprouted its own subsidiary, I Heart Raves, which fuses gloving with fashion designed for music festivals such as Coachella and Lollapalooza.

“We’ve helped hundreds of thousands of people discover the art of gloving,” Lim says on Emazing Lights’ website. “Our dream is to put gloving competitions on a global stage, with storefronts in every state so you can find the gloving community in your own backyard.”

In the Shark Tank

Emazing Lights moved one step closer to his goal during its March 20 appearance on ABC’s Shark Tank. About a year ago, Lim started to wonder why other entrepreneurs were able to appear on the hit program, but he hadn’t.

“I realized it was just because of me,” he says. “We were already a successful business.”

So Lim shot off an email with some of his company’s numbers and a few videos of the product. He was selected for a phone interview, then invited to produce a 10-minute audition video. Before he knew it, Lim was invited to pitch his company to executive producers, then moved on to the sharks.

“What made the process easier for me is we already had a proof of concept,” Lim says. “A lot of entrepreneurs got on with pre-revenue or just three months of sales. It’s hard to convince an investor to give a valuation three times or five times revenue when the business just got off the ground.

“We waited four-plus years, had proof of concept, had numbers to show, had product to show, had forecasts,” Lim says. “We were a real company with 45 employees before we even applied.”

In fact, Lim believes at least part of his Shark Tank success was because his company was successful without the investment, compared to entrepreneurs who believe pitching to the sharks will be the big break they need for success.

“There are always a lot of opportunities out there, but at the end of the day it comes down to you, your team, and how you can execute,” he says.

And execute Emazing Lights did. Not only did Lim land an incredible investment from Cuban and John — $650,000 for just 5 percent equity and 20 percent of future licensing deals negotiated by the sharks — but Robert Herjavec called him “possibly the best entrepreneur ever to appear on the show.”

Although Lim says the 90-minute experience was much more challenging than the 10-minute televised sequence suggests, his Shark Tank appearance has been incredibly positive for both his company and the gloving community, particularly from the exposure offered to each. Lim says he’s been fielding a number of inquiries regarding licensing and wholesaling, and sales tripled over the weekend following the episode’s airing. Likewise, Emazing Lights’ web traffic was 20 times higher than it is on a typical weekend.

He may have helped legitimize gloving, but that’s not all that drives Lim to continue his success. The entrepreneur is well aware how the growth of his company increases his responsibilities.

“What drives me today other than the gloving scene is really taking care of my staff,” Lim says. “Today we have over 48 team members, and it really clicked with me many years ago that I’m not in business for myself and not just for my family. I’m taking care of 48 families now.”