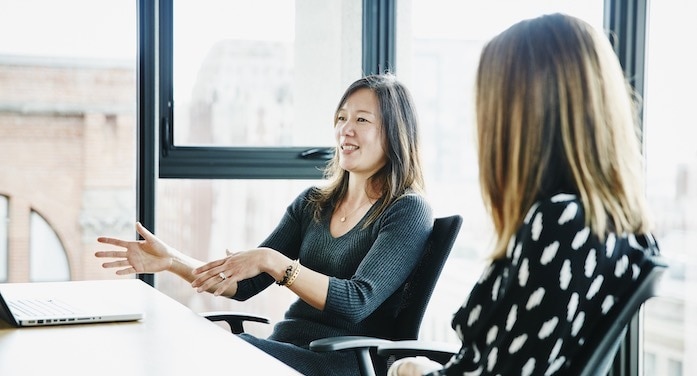 If you’re a female business owner, funding is no small feat. The odds are stacked against you, especially when you consider that investment audiences are largely male-dominated and biases still run rampant.

However, many female entrepreneurs point to another major roadblock that sabotages their chances: their own lack of confidence.

Several experts have coined this the “confidence gap,” a catchy term for the disparate levels of self-assuredness between men and women. As just one of many examples, men will apply for jobs if they meet only 60% of the requirements, while women expect themselves to check every last box.

Sure, a small dose of self-doubt is to be anticipated when undertaking a major challenge like starting or growing a business. But too much uncertainty can sabotage your chances of getting what you need and deserve.

What can you do—beyond delivering a rousing pep talk to your bathroom mirror? Here are four ways you can overcome the confidence gap.

Start with the people you trust

Approaching a room full of investors or venture capitalists is intimidating to begin with—even more so when you’re the only woman in the room.

Unfortunately, that’s a likely scenario for most women entrepreneurs. If you look at venture capital firms within the United States, only 9% of decision makers are women.

It’s for reasons just like this that many female entrepreneurs choose to bootstrap their businesses and approach trusted friends and family members for financial support before pursuing more formal funding.

Sailaja Joshi, CEO and founder of Bharat Babies—a publishing house committed to bridging the diversity gap in children’s books—relied solely on contributions from friends and family (along with a few grants) to fund her business.

Working with these supporters—rather than investors and venture capitalists—gave her the funding she needed, and also removed a lot of pressure from the equation.

“I’m incredibly lucky and very blessed to have that access,” she explains. “Because in the times that it feels dark and hard, these people aren’t screaming at me for a return. Instead, they’re my biggest encouragers whispering in my ear, ‘Don’t give up.’ And that’s really powerful.”

This isn’t permission to limit yourself or the growth of your business. Eventually, you’ll need to move beyond your inner circle (and even Joshi admits that she’s rapidly approaching that point herself).

But starting with the people you trust can help you get comfortable with the art of the ask and refine your pitch so that you’re that much more self-assured when approaching unknown investors.

Get to know the investment firms

Consider the abysmal statistics that are oft-repeated in media coverage. Only 2.2% of total venture capital dollars went to startups founded by women in 2018. Thankfully, more and more investment firms are dedicating time, energy, and attention to backing female-founded businesses.

Do your research to understand each firm’s values, reputations, and investment history. Finding the right audience means you’ll feel more confident and also move straight into the stronger parts of your pitch.

“When I get in front of women, they nod their heads and say immediately, ‘Yes, I get it.’ So we can move on from the premise if the problem is worth trying to solve or not, and delve right into how I am doing it and where I am in the process,” explains Diane Smith, founder of ParTAG, a marketplace for rentable goods.

“After realizing this, I’ve concentrated my fundraising pitches to funds [and] firms that cater to women and who have women in leadership and deal flow decision-making.”

Again, restricting yourself to only these firms will ultimately limit your level of opportunity. Commit to due diligence not only so that you can pick and choose investment audiences, but also so that you know what you’re up against. Knowledge is power.

Know your numbers backward and forward

When approaching a potential investor, you need to be intimately familiar with your own numbers. What’s your projected growth? What about your market size? What has been your financial performance to this point?

This is important information for any business owner—regardless of gender. With that said, women in particular face a challenge in proving that they’re knowledgeable about their own business endeavors.

While it’s far from fair, women need to work harder to establish the same level of authority that’s oftentimes automatically granted to their male counterparts.

Being armed with the right data and feeling prepared to answer questions not only establishes this necessary level of credibility as a business owner, but it also goes a long way in boosting your confidence—because you know you’re ready for whatever questions are thrown at you.

Master your body and brain

So often when we think about body language and other nonverbal cues, we think about them in the context of speaking to other people. That’s a worthy point—your pitch won’t seem confident if you’re staring at the ground or incessantly clicking that pen you brought along.

What if you want to do more than seem confident? What if you actually want to feel it?

Body language can help with that too. You might have heard of social psychologist, Amy Cuddy, and a phenomenon called “power posing.” During her TED Talk, Cuddy asserted that assuming a certain posture or position for at least two minutes could actually change your emotions and your actions. “Our bodies change our minds and our minds can change our behavior, and our behavior can change our outcomes,” she explained.

Her claims were criticized by many for not being science-backed—however, Cuddy eventually shut this criticism down.

What does this mean for you? Ahead of making your pitch (remember, this has nothing to do with your body language during the actual conversation), assume a power pose for at least two minutes. Stand with your feet shoulder-width apart, your back straight, your hands on your hips, and your chin held high.

Cuddy’s research maintains that holding that pose can actually make you feel more powerful and confident. As a result, performance improves.

Pursuing funding is nerve-wracking—that’s something that’s universally true. However, women face a much tougher time. Not only are they up against male-dominated audiences and numerous biases, but they also have the tendency to doubt their own abilities and undermine the value of their businesses.

The good news is that the above tips can help you boost your own confidence and get the funding your business needs.