Should You Make Employee Salaries Transparent? 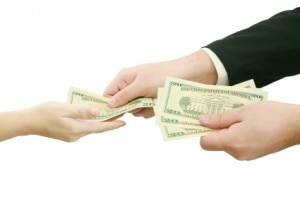 Buffer, a social media scheduling service, recently caused a stir in the tech world last month when it revealed its “open salary” formula and published the current salaries of 15 employees.

The move, which CEO Joel Gascoigne said was made in the interest of transparency, bolstered Buffer’s recruiting efforts. But is it a good idea for your business?

Here are some of the pros and cons of revealing salary data.

If you don’t ever disclose salary information, you may spend hours sorting resumes and interviewing job applicants — only to eventually discover that your top pick is unwilling to work for what you can offer. By revealing your pay scale and the formula behind it, you may avoid wasting time on applicants you can’t afford, or attract high-value candidates who might have otherwise assumed the salary was lower than their requirements.

Many employers don’t post salaries or salary ranges in job listings because they believe candidates will insist on the maximum figure, even when they don’t meet the qualifications for that salary.

According to a Salary.com survey, 36 percent of men always negotiate salary upon receiving a job offer, whereas only 26 percent of women do. The reluctance to ask for more money is a major contributing factor to the ongoing gender gap: A study by the American Association of University Women [PDF] analyzed the full-time starting salaries of recent college graduates and found that women earned 18 percent less than their male counterparts.

Publishing salaries from the get-go can work well for new businesses. But if you’ve already hired employees without doing so — or closely considering the factors that make up their compensation — sharing payroll information with everyone could cause tension around the office, notes serial entrepreneur Penelope Trunk. Some employees may also simply object to having the whole world know what they earn; money is still often a touchy subject in polite conversation.

Pro: Transparency can foster greater trust and productivity among employees.

At SumAll, an analytics company that shares employees’ salary data within the company, CEO Dane Atkinson says that the practice helps employees get a sense of how their positions fit within the workplace, leading to greater satisfaction and an impressive 95 percent retention rate.

Con: It may be more difficult to determine consistent salary formulas at larger companies.

Transparency has been shown to work for several small startups, but how well would the practice translate to a larger company with many different types of roles? Chris Charman, a human resources official at Towers Watson, claims that such a policy could create major complications in the case of company mergers and buyouts, for instance.

Have you been open with employees and potential hires about salaries? If so, what happened? Share your experience by leaving a comment.