Resource Center
October 2, 2015 October 2, 2015 https://quickbooks.intuit.com/r/hiring-and-recruiting/labor-law-basics-what-you-need-to-know-about-time-off-paid-lunches-overtime-and-more Hiring, Recruiting and HR en_US If you're a small business owner, it's important to know about the Fair Labor Standards Act (FLSA). Get some labor law basics and learn about FLSA. https://quickbooks.intuit.com/cas/dam/IMAGE/A6dLdQSkA/2da04c8b4af293d6824b3208ea24c063.jpg https://quickbooks.intuit.com/r/hiring-and-recruiting/labor-law-basics-what-you-need-to-know-about-time-off-paid-lunches-overtime-and-more Labor Law Basics: What to Know About Time-Off, Lunches, Overtime and More Megan Sullivan
Hiring, Recruiting and HR

Labor Law Basics: What to Know About Time-Off, Lunches, Overtime and More 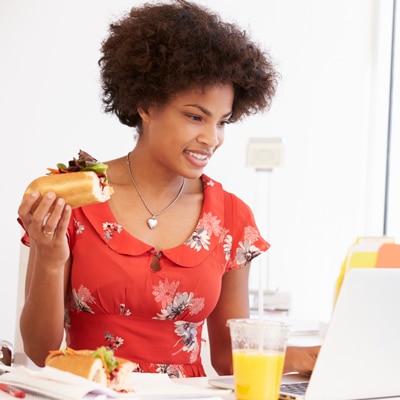 The U.S. Department of Labor (DOL) is the federal agency charged with regulating and enforcing laws that protect American workers and business owners. The DOL’s most prominent set of regulations is the Fair Labor Standards Act (FLSA), which regulates employee pay, overtime and more. Perhaps just as important for those that may not know, the FLSA also details any penalties and fines for violating the act.

To make sure you’re following the act and paying your employees fairly, let’s take a look at its fundamental elements. Let’s start with defining which workers the act covers, which ones it doesn’t, and when exemptions to the FLSA apply.

Individuals are generally covered if their work is in support of a business that engages in interstate commerce. This can be as apparent as regularly crossing state lines, or as subtle as routinely corresponding with people in different states. If your employees are covered, then the next step is determining whether or not they’re exempt or non-exempt from all or none of the FLSA’s provisions.

Just because your employees may be covered doesn’t mean that every single FLSA provision applies to them. Depending on an employee’s job description, work schedule, pay schedule and even age, an employee can be partially or wholly exempt from FLSA regulations. The FLSA covers minimum wage, overtime and child labor regulations, and covered workers can be either exempt or non-exempt from one or all regulations.

A substantial portion of the U.S workforce is classified as non-exempt from the FLSA. Therefore, your business will be responsible for following the relevant regulations for your employees’ wages, overtime rules and child labor regulations. Unless your employees fall into the categories provided by the FLSA, they are likely non-exempt.

There are some workers, however, that are exempt from the FLSA in part or as a whole. Exemptions are made based on your business’ industry, including job description, schedule and age. Some exemptions are broad, such as the overtime exemption for “computer professionals” and certain workers that are paid on commission.

Now that you have an idea of how coverage and exemptions work, let’s see how the following regulations might apply to your workforce.

Exceptions: Minimum wage exceptions are made for specific worker types, including workers with disabilities, full-time students, workers under the age of 20, tipped employees and student learners.

An employee is considered a tipped employee if he or she regularly receives at least $30 in tips over the course of one month. In this case, employers are not required to pay these employees the federal or state minimum wage. The FLSA mandates that employers of tipped employees must pay them an hourly rate of $2.13 per hour. The intention is that any tips received by the employee will supplement the federal hourly tipped minimum wage pay to equal a rate of $7.25 per hour.

Many states have provisions in place specifically for compensating tipped employees. If you employ tipped workers, be sure to carefully review these rules. As with the normal minimum wage, tipped employees are entitled to the higher rate, whether mandated by the federal or state government.

The FLSA does not contain provisions for paid time off, including vacation, sick days or holidays. There is no federal requirement for small businesses to offer these benefits to their employees, but some state legislatures have discussed doing so. While offering paid time off is your choice as a business owner, remember that doing so can be used as a way to attract and retain top talent.

There is no federal law that requires businesses to provide paid breaks to employees. The FLSA states, however, that short breaks (i.e. periods between 5 and 20 minutes) should be included in an employee’s regular working hours as compensable time.

In contrast to the federal government, many states have laws on the books that require workers to receive a certain number of paid breaks per hours worked. Currently, these states are California, Colorado, Illinois, Kentucky, Minnesota, Nevada, Oregon, Vermont and Washington. Make sure to check with your state’s labor office as these laws may change.

Many of the aforementioned states have implemented separate regulations for different industries, so be sure to read all requirements carefully.

The FLSA mandates that a non-exempt worker receives at least one and one-half time their regular rate of pay for any hours more than 40 worked within a week. Additionally, there is no federal law that requires double time pay for hours worked. There are some exceptions for certain industries, which are relevant for public services such as police officers and firefighters employed by public agencies, as well as hospitals and nursing homes.

In addition to FLSA overtime regulations, some states have further provisions regulating overtime compensation and rules.

The FLSA mandates that children under the age of 14 cannot be employed for most jobs. However, many exceptions exist. At any age, children are permitted to deliver newspapers, perform in radio, television or movies, work in businesses owned by their parents (except mining or hazardous work), babysit or perform minor chores in a private residence. There are special considerations outlined for agricultural employment. Many states also have specific age requirements for child labor.

When making hiring and compensation decisions, be sure to closely examine your state’s labor laws as well as the FLSA to make sure you are in compliance. Failure to do so may result in hefty fines and can open up your business to possible legal action by current and former employees.

To learn more about legal issues that may affect you, check out our article on the 5 legal pitfalls every small business should avoid.

This article currently has 2 ratings with an average of 1.5 stars