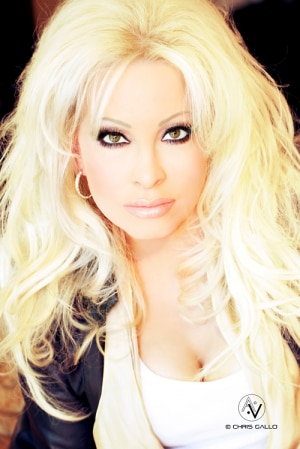 The topic of identity theft makes headlines every year during tax season, which is understandable, considering the potential financial impact of fake claims. But there’s growing type of fraud that small-business owners should monitor carefully: social media impersonation.

Most often, the practice takes the form of fake profiles on Facebook, LinkedIn, or Twitter that purport to represent a person — usually someone with a high-profile presence on the internet — or a brand, but actually have no affiliation with them. There are myriad motives for setting up fake social media profiles, ranging from parodies to phishing schemes (that aim to reap financial gain from someone’s friends or followers).

Although it’s hard to dig up scientific estimates for how many social media accounts are fakes, an SBA research paper [PDF] suggests that 5 percent to 6 percent of all Facebook users aren’t who they seem to be.

You could be a victim without realizing it. Case in point: When I searched Twitter recently, looking to change my handle, I discovered an unauthorized account using my name and photo. Twitter disabled the impostor’s account about a week and a half after my official complaint. (I had to submit several forms of ID, including my passport.)

Why should small-business owners worry about social media impersonation? The Intuit Small Business Blog talked to someone who knows firsthand: Erin J. Morgart. Morgart (pictured) is a high-profile personal fitness trainer and model whose social identity is integral to her marketing activities. By her own account, she’s had her image stolen on Twitter and her account hacked on Facebook. The Harvard-educated entrepreneur, now the social media adviser to a Fortune 500 company, has some tips for protecting yourself and your brand.

ISBB: Have you ever been the victim of a fake profile?

Morgart: Yes, I have [on Twitter]. The funny thing was, they put it under a different name but with my picture. I made a comment there, “I’m honored you have used my picture, but could you please have asked me first?” The user immediately took it down. They didn’t realize that I would even see it.

The thing that really upset me was my first profile on Facebook, which I had since I think 2009, was hacked in October 2012. The person changed everything. There was absolutely no way I could get into it: no email, no telephone, nothing. I sent everything to Facebook, including my passport, to report it. [Morgart says she is still waiting for her case to be resolved. -Ed.]

Why would someone create a fake profile or hack an account?

They are either stalkers or they are bored. They want to feel validated. … There’s a whole variety of reasons. From a psychological standpoint, sometimes they just simply want to — not get back at you — but they have a vendetta against something you represent.

How common are fake business accounts?

How can you tell if a profile is fake?

Not always but usually there is a misspelling of the name. There are some celebrities who misspell their names to make it appear as if it is a fake, so that can happen either way. Another tipoff is when a profile doesn’t contain an authentic website that you can actually go to that leads you to the agent or the publicist or the management team for the celebrity of the personality. If that is not included, then it is 99 percent likely to be fake. Also, another huge one, that people don’t look at, but I do, you always have to look at the [person’s] friends list. … For example, if all of [the friends] are from a country that is completely different than the person is from, then it is so, so, so obvious that it is not that person. …

The other thing is look at the pictures that they post. If it is a fake, they will throw in all these other random pictures of whatever. I get myself tagged in pictures. You can control that. It can be a pain, because you could have to sort out all the things people tag you in. That could be 80 to 100 pictures per day.

How can a small-business owner take action if someone is impersonating them?

I think a public statement should be issued. I had to do that with my first profile. Once someone literally hijacks your profile, they are representing you. [To prevent hacking,] change your password once a week. I mean, really, especially if you are very high-profile. I speak four languages, so I use all four all the time. I use different languages, a combination of languages. I make my password as nonsensical as I can.

Rate This Article
☆ ☆ ☆ ☆ ☆
Heather Clancy
Heather Clancy is a senior writer at GreenBiz and an award winning business journalist focusing on transformative technology and translating tech-speak into benefits for your business. Read more