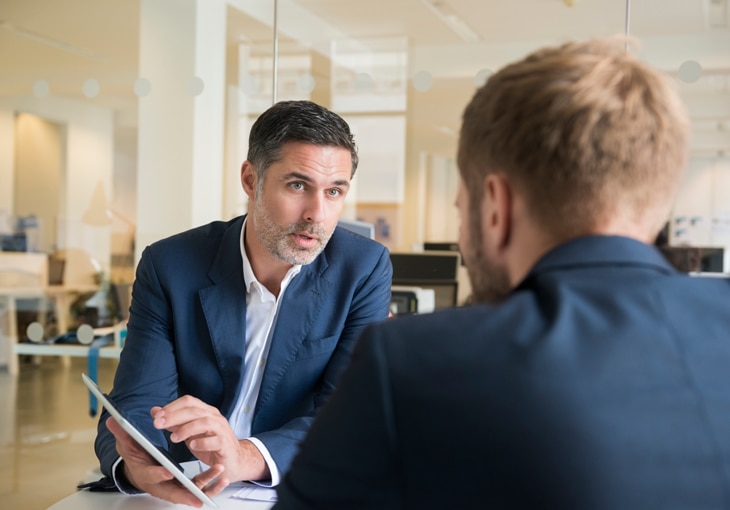 My prior post pointed out the pitfalls of annual performance reviews and how they don’t actually increase performance. So the question becomes: What should replace them?

Although I will attempt to provide a superior replacement, I think the premise of the question is flawed. After all, you don’t ask the firemen who saved your home what they intend to replace the fire with.

That being said, there are three strategic resources that replace the performance appraisal system:

Let’s explore how each strategy can benefit your business and the steps needed to implement them into your processes.

Predictive indicators, by contrast, are measurements or judgments guided by a theory that can be tested and refined in order to explain, prescribe or predict. It is the search for cause and effect.

Knowledge work is not defined by quantity, but quality; it’s measured by its results, not its costs. As such, the traditional tools of measurement need to be replaced by judgment. And there is a difference between a measurement and a judgment: A measurement requires only a scale, whereas a judgment requires wisdom.

So many leaders worry that if they get rid of objective measures, they will introduce subjective bias into the decision-making process. So what? To get rid of bias, we would have to give up emotions and discernment, which is too high a price to pay. Neurologist Antonio Damasio has studied brain-damaged patients, demonstrating that, without emotion, it is impossible to make decisions.

Admittedly, the following predictive indicators raise questions rather than answer them, but at least they raise the right questions. It’s better to be approximately relevant instead of precisely irrelevant.

Enlightened organizations will allow their team members to decide which of the following indicators are most important to track and develop. Note that I am not suggesting utilizing all of the following KPIs; these are just nine of the more effective ones I have seen:

What are the customers saying—good and bad—about the team member? Would you trade some efficiency for a team member who was absolutely loved by your customers?

It is easier to teach reading and writing, which are solitary undertakings, than to teach listening and speaking, which always involve human interactions. But how do you measure listening and communication skills?

How often do employees take risks or innovate new ways of doing things for customers or the company?

Knowledge elicitation involves educating others so that they are able to generate their own knowledge.

What new knowledge did team members learn this year that makes them more valuable? This is more than simply logging hours in educational courses; it would actually require an attempt to judge what they learned.

One of the objections to investing more in people’s education is that they’ll eventually leave and possibly become an even stronger competitor. This is undoubtedly true, but a company always faces the risk of their leaving anyway. Plus, what if you don’t invest in their education, and they stay?

Peter Drucker believed that up to one-quarter of the demands on an executive’s time could be consigned to the wastebasket without anyone noticing.

Does your organization encourage its knowledge workers to become effective delegators? Or do you have too many surgeons piercing ears?

If you thought some of these other KPIs were hard to measure, how would you measure pride? Although not a substitute for actual talent, pride in one’s work, customers, colleagues, employer and values are critical to operate with passion and commitment.

I am indebted to CEO John Heymann and his team at NewLevel Group, a consulting firm located in Napa, Calif., for this KPI. A high satisfaction day™ is one of those days that convinces you, beyond a doubt, why you do what you do.

It could mean landing a new customer, achieving a breakthrough on an existing project or receiving a heartfelt “thank you” from a customer. Sound touchy-feely? John admits that it is. But he also says that the number of HSDs logged into the firm’s calendar is a leading indicator and barometer of his firm’s morale, culture and profitability.

We can’t measure a doctor’s beside manner—it has to be experienced. Efficiency metrics and performance appraisals cannot count all the energy, enthusiasm and commitment that employees decide not to contribute.

Another practical suggestion to hold people accountable for their future contribution is what Peter Drucker called “The Manager’s Letter,” as explained in John Flaherty’s book, Peter Drucker: Shaping the Managerial Mind:

[Setting objectives] is so important that some of the most effective managers I know go one step further. They have each of their subordinates write a “manager’s letter” twice a year. In this letter to his superior, each manager first defines the objectives of his superior’s job and of his own job as he sees them. He then sets down the performance standards that he believes are being applied to him. Next, he lists the things he must do himself to attain these goals––and the things within his own unit he considers the major obstacles. He lists the things his superior and the company do that help him and the things that hamper him. Finally, he outlines what he proposes to do during the next year to reach his goals. If his superior accepts this statement, the “manager’s letter” becomes the charter under which the manager operates.

Procter & Gamble utilizes what it calls the “Work and Development Plan” in lieu of performance appraisals. This plan lays out the work to be achieved in the upcoming year, how it links to the business plan, the measures and timing for success, and expected results. So much for the notion that there’s no suitable replacement for the performance appraisal: P&G seems to operate quite effectively without them.

Reflection without action is passive, but action without reflection is thoughtlessness. Combine experience with reflection, and learning that lasts is the result. What percent of your firm’s time is devoted to improving the work, not just doing the work?

The U.S. Army’s use of AARs began in 1973, not as a knowledge-management tool but as a method to restore the values, integrity and accountability that had diminished during the Vietnam War.

Here are the questions you need to ask in each AAR:

The objective is not just to correct things, but rather to correct thinking, as the Army has learned that flawed assumptions are the largest factor in flawed execution, which is another way of saying there is no good way to execute a bad idea.

The Army also recommends answering the following summary questions to wrap up the AAR:

Perfectionist and mechanistic cultures, however, resist this type of candid reflection, as they tend to be intolerant of errors, and mistakes are associated with career risk, not continuous learning.

Confucius said “being ashamed of our mistakes turns them into crimes.” The medical world has an appropriate axiom for mistakes made: forgive and remember. Jim Collins calls this “autopsies without blame.”

For more on after-action reviews, I highly recommend you read Hope Is Not a Method: What Business Leaders Can Learn From America’s Army, by Gordon R. Sullivan and Michael V. Harper.

Charles Handy, once again, sums it up eloquently in his autobiography, Myself and Other More Important Matters:

Organisations are not machines that can be neatly designed, mapped, measured and controlled. The fact that some particular operations can be and have to be managed in that way has deceived people into thinking that the whole organization is just one super-project. That is what logicians call a category error. For too long, management theorists appropriated the language of engineering to describe the way organizations worked. People were human resources, things that could be costed, allocated, controlled and shunted around as the need arose; they were managed, in short. In everyday language it is things that are managed, not people.

Above all, people know instinctively that there has to be trust if any organization is going to work … Yet organizations need trust if they are not going to clutter themselves up with rules, checks and checkers. Too much time is spent in organizations making sure that what should have happened is happening. If people know what they have to do and are competent to do it, they should be left alone to get on with it.

Ultimately, the purpose of an organization, the intensity of interactions with other intelligent people, along with great ideas, is what attracts and develops talent—not the efficiency of a firm’s administrative processes.

One of the beauties of volunteer organizations is that they take advantage of people’s gifts, whereas what we call “systems” and performance appraisals are more concerned with people’s limitations.

Why do we continue to let yesterday hold tomorrow hostage with the antiquated annual performance appraisal process that demonstrably doesn’t work? Are we not capable of doing better?