How to pay off small business debt with the snowball method 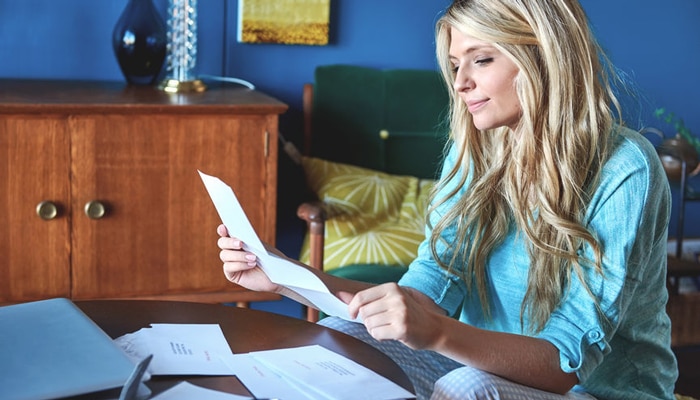 Paying off debt often seems like an insurmountable task. As a small business owner, you may have limited funds. The earlier stages of your company are when you’re most likely to have the lowest balance in your bank account and the highest interest rates on loans.

You try to pay the bills down, but it’s nearly impossible because of the high-interest debt that continues to compound on itself. You’re in search of quick wins to help keep your company afloat. Sound familiar? You’re not alone. More than 70% of small businesses have debt on their books, and 29% of companies will fail because they run out of capital.

There’s no one right way to get out of business debt. What works for one business may not work for another. Similarly, your personal finance debt strategies may differ from those you use for your business.

Today, we’re here to outline one of the primary methods you can use for debt reduction, the snowball method.

We’ll cover what the snowball method is and how it stacks up against alternative methods, like the avalanche method and the snowflaking method. This breakdown will help you determine the best course of action for your business’s debt management so you can craft a plan of action.

What is the snowball method?

The debt snowball method refers to the concept of starting with something small and building or rolling it into something more substantial and more powerful. With this method, you’ll organize your debts from small balances to large balances. You’re not concerned about interest rates. Instead, you only worry about balances.

You line up all your debt from smallest to largest, regardless of interest, and pay off the smallest first. You pay only the minimum on the other debts and concentrate funds to pay off the lowest as soon as you can.

Once the lowest balance is paid off, you take the money you had been paying toward that debt and combine it with the next smallest debt, thus getting the “snowball rolling.” Each time you pay off a small debt, you’ll reallocate those funds toward the next debt in your debt snowball plan, using them to pay off that debt. You’ll continue increasing the size of your monthly payments until you meet the obligations of your larger debts.

Let’s take a look to see how the debt snowball method works. Imagine you have debt with the following balances:

Let’s say, for the sake of the example, all of the debt is on introductory credit cards with a 0% interest rate. You don’t have interest payments to consider.

You decide that you can allocate $1,000 per month toward debt. Let’s say that the minimum on each account is $250 per month. Through this whole process, you need to continue making the minimum payment on your other debts. The last thing you want is to fall behind on a bill and get slapped with a hefty late fee.

Now, you’ll need to round up a bit more cash to start paying down the debt. You determine that you have $750 extra per month from a savings account that you can use to pay down debt. So now, you have $1,750 per month to pay toward debt.

You make the minimum payment on the three most substantial balances and then allocate all of your remaining money toward the smallest debt. By doing so, you immediately pay off one of your credit cards.

Then, you put all $1,000 per month from that debt toward the next smallest debt. When coupled with the $250 payment you were making, you’re now paying $1,250 per month toward what was your second-smallest debt. You’ll continue to spend $250 to pay down the minimum on the other debts. You pay off the $5,000 loan within four months. Within five months, you’ve paid off two of your credit cards. What a psychological boost!

You keep the figurative snowball rolling and continue this process until the debt payoff is complete. All you have remaining is the $25,000 debt. When you allocate all of your funds toward this, it’ll take you 15 months to pay off this debt.

This method allows you to pay off debt in much less time than you would if you were only paying the minimum balances on each of the cards. Think that this method is ideal for your business? Let’s take a more in-depth look at what it takes to make a debt snowball work.

How to get started with the snowball method

First, many financial advisors will recommend that anyone — including small businesses — have an emergency fund set aside. The amount varies, but for most companies, advisors suggest a six-month cushion.

Before you start paying your smaller debts off, you’ll want to have a six-month rainy day fund established. While you’re waiting for that money to accumulate, continue paying the minimum payment amount on your debts, and most importantly, stop incurring more debt and focus on spending your revenues through bootstrapping.

Once your six-month fund is set aside, take a look at all of your debts and order them by the smallest amount owed to the largest. Next to each one, make a note of what the minimum monthly payment is. Pay no attention to interest rates.

Now, the tricky part: Examine your budget and determine how much additional money you can put toward debt repayment. This process could take you minutes or days. Chances are you’ve been conducting business outside of your means for a while, in which case, you will have to take a hard look at your finances to find that extra money.

Pull your financial statements apart and look for cost savings by analyzing things like overhead costs, which could free up some cash. For example, ask yourself questions like:

What you’re really looking for here is the equivalent of your Starbucks latte every morning. While that $5 may seem trivial when viewed from a daily perspective, it adds up throughout the year. It’s the same thing in business. Small expenses are lurking everywhere that, if cut, you may not miss at all.

Pros and cons of the snowball method

The most obvious advantage is how quickly you can pay down your first debt. The prevailing theory is that folks who overspend using credit are typically impatient. The goal is to use that impatience — the idea that you use credit to get what you want right now — as a better motivator to pay down debt faster.

For example, if the interest rate on Debt 1 is 10%, then every month, there would be an additional balance on the loan amount equivalent to 10% of the current balance. The higher the interest rate, the higher this monthly fee is, which could significantly affect how long repayment takes.

How does the snowball method stack up?

There are two other popular methods that you can consider to pay down your business’s loan or credit card debt.

The first is the debt avalanche method. An avalanche occurs at the highest peak of the mountain and spills downward.

With a debt avalanche, you start by paying off your highest interest rate debt and then moving toward smaller interest rate debts. This is essentially the opposite of the snowball method, as the snowball method calls for you to pay the lowest total first and the avalanche method requires you to pay off the highest rate first. The two approaches are similar in that once you pay off one debt, you immediately direct all of your attention toward another debt.

By paying the highest interest debts first, you’ll end up saving money in the long run. Debt avalanching can help you pay your money owed faster, even if you have interest rates. This plan really only makes sense if you have a high interest rate on at least one of your loans, though. If you have low interest rates or similar interest rates on all your debts, it will take about as long as the snowball method.

Additionally, it takes a while for you to see a moral victory when using a debt avalanche. It could take you a while to pay your highest interest debts, which could grow frustrating and discouraging. You’ll have to first overcome the debt rate itself before you begin to pay off principal.

If you don’t have any money set aside, you may need to consider the snowflake method. Under this method, you don’t have enough “snow” to start a snowball or avalanche. Instead, you’ll need to make sporadic debt payments.

This is the best option for those who don’t have enough flexibility to squeeze out any extra cash to put toward debt. But whenever you come into goodwill or additional funds — even as little as $5 — you make an effort to put it toward debt.

Essentially, this means that you won’t have any revenues for a while. But if this is your only option compared to racking up debt and allowing interest to spiral, this is the better option.

Is the snowball method right for your small business?

If your small business has taken on a lot of debt, you’re probably concerned. Debt is not ideal. It restricts your ability to raise funds, conduct business, and grow your company. Heavy debt hurts your credit score and can bring your business to a halt.

Fortunately, there are some methods you can use to help. Take time to go back to the drawing board and start setting funds aside to pay down debt. If you have credit cards or loans with low interest rates, the snowball method could be useful for your business. Otherwise, you’ll want to consider the avalanche method. No matter what you choose, a smart plan will have you working toward debt consolidation so you can pay off your loans in no time.