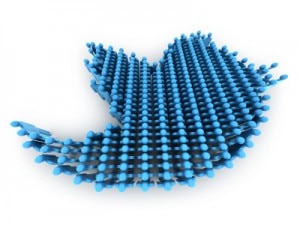 Social media experts say small businesses should have a presence on Twitter. But in order to reap the benefits of tweeting, you have to make your missives stand out.

Here are 10 ways to get your tweets noticed:

1. Piggyback on other events. Are you attending an industry conference? Is there a highly publicized event that relates to your business? Set up a #hashtag (or contribute to the event’s hashtag) and tweet about what’s happening in real time. You could provide a lot of value to your customers, especially during events that aren’t open to the public.

2. Tweet with images. Words are important (see #10), but a tweet that links to a photo or a video will generally have an engagement rate two times higher than one that doesn’t.

3. Start with the right followers. There are 20 million fake Twitter accounts out there, and a lot of other people will follow you only in the hopes you will follow them back. Both are useless to your brand and you should disregard them. Instead, search hashtags that are in your industry and follow those people.

In addition, allow your customers to follow you by including links on your website and look at wefollow.com, a website that categorizes more than 1.5 million people by interest. If you’re in the tech industry, you might follow and make contact with some of the more than 31,000 people in that category and try to get some of them to follow you back.

4. Include short videos. Use the Vine app to record six-second videos that loop until the viewer stops them. NBC’s Al Roker uses Vine for a behind-the-scenes view of his show’s production while other companies are finding ways to use it to their advantage as well.

5. Ask for retweets. When you do this — sparingly — your retweet rate will be 12 times higher than when you don’t. When should you ask? When you’re sure that what you’re promoting holds exceptional value for your customers.

6. Follow basic rules of grammar. Tweeting, by its nature, is somewhat informal, but unless your brand specifically caters to teens, avoid sounding like one. You probably won’t be labeled “unprofessional” if you avoid semicolons, but periods, commas, and correct spelling are essential.

7. Spell out your words. Typing “AFAIK” instead of “as far as I know” may save space, but your message will be lost on any followers who don’t know that it stands for. It only takes a few more characters to write “I think” instead.

8. Go easy on the hashtags. According to an infographic from Neomobile, any more than two hashtags is considered spam. Stick with highly targeted hashtags. For example, if you tweet about an upcoming sale in Seattle, #sale isn’t going to stand out. #SeattleSale is more targeted, but even better, use hashtags that are specific to your industry. If your customer-base includes other small businesses, hashtags like #smallbusiness and #startup are popular but focused enough to attract relevant readers to your tweets.

9. Use a standard format. Marketing expert Allister Frost recommends writing your tweets based on this formula: call to action (20 characters), link (20 characters), and message (80 characters). Leave the last 20 characters blank. For example, “Learn how to write the perfect tweet! [link] Follow these 10 tips and watch your conversion rate soar.” (The link will automatically shorten when you hit the “tweet” button.)

10. Think like a journalist. Journalists know that the headline is the most important element of any story: It needs to make a huge impact in a few words. Your tweets are competing for your followers’ attention, so make every word count.