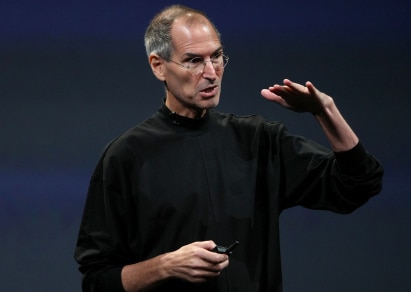 Apple fans everywhere were shocked by the recent news that CEO Steve Jobs is stepping down. The innovative company’s iconic leader — known for parading across stages in his black turtlenecks and New Balance shoes to demonstrate Apple’s latest products, each one smaller and sleeker than the last — is so representative of the brand that Apple’s stock fell by 7 percent immediately after he announced his departure.

Jobs is undoubtedly one of America’s most successful CEOs. But back in the 1970s, he was just a scrappy engineer tinkering with computer parts in a garage. His rise to power offers some lessons — many controversial, to be sure — for today’s entrepreneurs.

What has Steve Jobs taught you about being an entrepreneur and business owner? Share your thoughts with us in the Comments field.