Avoid These Common Grammatical Mistakes in Your Business Writing 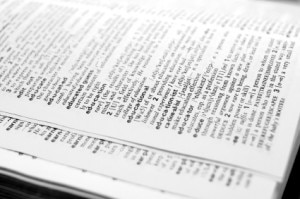 Are you afraid to put anything in writing because you fear being cited by the grammar police?

Proper English usage is essential when you’re marketing your company or your brand, but there is no reason to be afraid. If you correct even a few obvious errors before you pull the trigger, your missives will come across as more professional and refined.

Here are a few common mistakes to avoid.

A study by Brandwatch found that the top five grammatical errors on Twitter involved the exclusion of apostrophes. Of course, social media is hardly the place for academic writing. But misuse of this little punctuation mark is apparently so egregious elsewhere that John Richards formed the Apostrophe Protection Society in 2001.

Here are a few basic apostrophe rules to remember:

Correct comma usage is more complicated than you may think, and the rules surrounding the deployment of commas have evolved over time. The idea that you should place a comma any place you would pause when reading the text aloud is, sadly, a myth.

Some comma rules are straightforward. For example, if you tweet “Let’s eat Mom!” you will have some explaining to do when the cops arrive. “Let’s eat, Mom!” is the less macabre version. For a complete primer on commas, read the rules offered by Georgia College, Grammar Girl, or UNC’s College of Arts and Sciences. Very generally speaking, the fewer commas you use, the better.

Affect vs. Effect — Affect is a verb that means “to influence.” You could say, “The speaker’s words affected everyone in the audience.” Effect is usually a noun that means “an event, condition, or state of affairs that is produced by a cause,” as in “the visual effects were stunning.” Most of the time, you want to use “affect” as a verb, with one big exception: We effect change.

Their, There, and They’re — Their is a possessive pronoun that indicates ownership. There is a location. They’re is the abbreviated form of they are. Make a note of all three!

Yes, spelling and grammar are different topics, but this is important: So many apps now offer a built-in spellchecker that it’s tempting to rely on one. However, although spellcheckers are sophisticated, but they don’t catch everything.

When a spellchecker flags a misspelled word, take time to notice your error. Learn to depend less on that little red line! Additionally, read this list of 100 commonly misspelled words. Each comes with an easy way to commit the proper spelling to memory.

And please don’t ever misspell grammar. How many times have you read a comment online in which someone is criticizing another person’s grammer? Egad!

Let’s face it, the majority of your readers probably aren’t any better than you are at using commas, apostrophes, and the like. Nonetheless, if you plan to invest big money in your prose — or you expect many people to read it — consider hiring a professional proofreader. Most are quite affordable and easy to find on popular freelance websites.

Want to improve your own skills? Sign up for daily emails that will help you refine your writing. Sites like DailyWritingTips.com deliver helpful tips via email each morning for free.