Why Businesses Should Be Early Adopters of Social Media Platforms 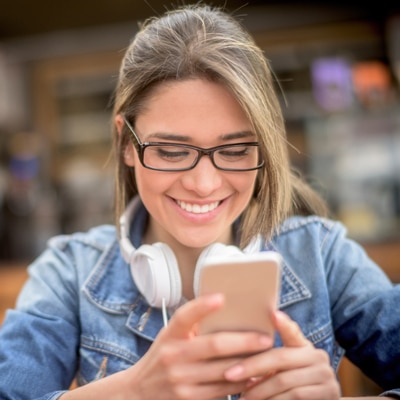 On social media, as in many areas of life, fortune favors the bold. Brands have a chance to create outsized returns by jumping on new social media platforms early. Another perk of early adoption is enjoying less competition for attention, as well as having a new opportunity to lead their industry by pioneering a new way of communicating with customers.

As a brand, however, it’s not easy to be an early adopter. You’ve got a reputation to protect and a business case to make. It’s impossible to make a return on investment calculation in advance of diving into a fledgling platform with any meaningful accuracy, and most accountants would be baffled by the attempt. Some of the social networks you jump on will turn out to be total duds. Best practices will be unknown, and you might make an embarrassing mistake.

Yet despite all the challenges, businesses large and small need to take risks to get ahead. Former Intel CEO Andy Grove warned us in his 1996 book, Only the Paranoid Survive, that, “In technology, whatever can be done will be done.” This maxim should be extended from technology to marketing, especially since it’s now clear that digital innovation is remaking marketing.

If you’ve got a small business with a tiny marketing budget, a large fading brand or even a leadership position to maintain, jumping on new platforms early may be your only shot. Here are a three businesses of varying size that have succeeded in it.

Starbucks joined Twitter and Instagram within a year of each platform’s launch. Their reach has grown to be massive. Starbucks now has over 11 million followers on Twitter and 7 million followers on Instagram—over three times what Dunkin’ Donuts or McDonald’s have. The coffee juggernaut playfully shared images and tidbits from their products and locations, fully adapting to the nascent social media platforms.

Both Twitter and Instagram launched without sophisticated analytics systems, so a brand as early as Starbucks had to brew content using the same metrics available to any end user, such as followers, replies and likes. Yet even with home-brewed metrics, it was still apparent customers cared about interacting with Starbucks.

As Starbucks’ reach on social media grew, the business case became obvious. In its winning entry for the Shorty Awards, Starbucks credits social media with the Pumpkin Spice Latte’s 22% year-over-year growth in sales. They also note 23 people proposed marriage to the autumnal latte over social media.

Whereas Starbucks was an existing brand that leveraged social media, Gary Vaynerchuk built an empire by pioneering new social media platforms. Gary launched a video podcast in 2006 called Wine Library TV, just a year after YouTube was launched, in part to promote his family-owned liquor store in New Jersey.

Gary then joined Twitter in its infancy in 2007. Having gained attention for his ability to master social platforms early on and deliver business results, he and his brother launched an agency in 2009.

Gary’s hard-earned knowledge of social media and history of driving business results made up for his lack of experience in the agency business. VaynerMedia rapidly grew and by the time it won a Shorty Award for Best Large Agency, it had 450 employees and a 90-brand client roster.

Imagine if Gary waited to join social media until the time most liquor store proprietors did.

GoPro joined Instagram long before the platform started courting advertisers. It’s a good thing they didn’t wait for a call from an ad salesperson. With no option to pay for attention on Instagram, GoPro turned to their customers to feature the best content they shot with the camera—a strategy GoPro had been employing on other social media platforms since before Instagram was invented.

GoPro now has over 7 million followers on Instagram. Their top photo in 2014 had 396K engagements, “up 55% from our top performing photo the year prior,” as they noted in their second consecutive Shorty Award win.

In his book, Jab, Jab, Jab, Right Hook, the aforementioned Gary Vaynerchuk noted, “It took thirty-eight years before 50 million people gained access to radios. It took television thirteen years to earn an audience that size. It took Instagram a year and a half.”

A&E’s Mad Man mimicked history when it showed how the fictitious ad agency Sterling Cooper’s management felt television was insignificant yet curious, allowing a single junior employee, Harry Crane, to become the television department. Don Draper had thirteen years to react to a new medium. You may only have months.

When today’s marketing world is made into a TV show years from now, it’ll have to be faster-paced than Mad Men. Next time a new social media platform launches that causes most businesses to snicker, open up an account and start experimenting.