Resource Center
February 17, 2015 February 17, 2015 https://quickbooks.intuit.com/r/growing-your-business/the-simple-art-of-failure-how-startups-turn-losing-into-winning/ Growing Your Business en_US Learning how to deal with failure is the key to overcoming it. And sometimes, startup success means turning losses into wins. Find out how startups conquer failure. https://quickbooks.intuit.com/cas/dam/IMAGE/A5F98mSfb/edb256c9fe31ebfa8212d51524f8f3c0.png https://quickbooks.intuit.com/r/growing-your-business/the-simple-art-of-failure-how-startups-turn-losing-into-winning/ The Simple Art of Failure: How Startups Turn Losing Into Winning Marco Mannone
Growing Your Business

The Simple Art of Failure: How Startups Turn Losing Into Winning 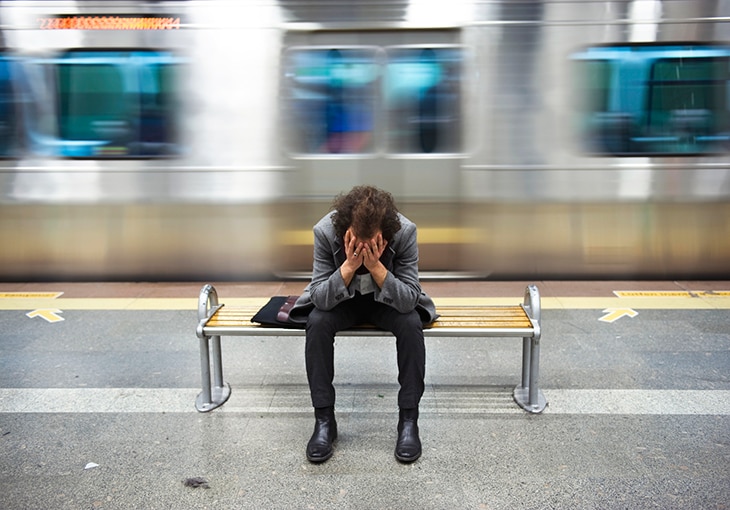 A quarter of all new U.S. businesses fail in their first year, and 44% have called it a day by the end of the business’ third year, according to research published by Statistics Brain. However, more than ever before, entrepreneurs are galvanized by the prospect of failing and are using it as an inevitable rite of passage en route to their success.

Has failure become a fixture in today’s startup culture? If so, is this a good thing? Let’s find out.

CB Insights recently analyzed 101 post-mortem essays by startup founders to pinpoint the reasons they believe their companies failed. They crunched the numbers to reveal that the No. 1 reason for failure, cited by 42% of polled startups, is the lack of a market need for their product.

The late Apple co-founder Steve Jobs famously said, “A lot of times, people don’t know what they want until you show it to them.” The most prominent modern example of this phenomenon is the mobile phone, which was something that many people initially dismissed as a novelty in its early days. The problem is that entrepreneurs have taken Jobs’ sentiment to heart. For every $40 billion company like Uber, there are all manner of products and services that never gain traction with consumers.

The second major reason why startups fail is that they “ran out of cash,” generally due to not growing fast enough. For example, the founders of Wantful confessed that they did not accomplish “highly accelerated growth required to secure later-stage venture capital.” They needed more funding, but when the company didn’t grow fast enough, they weren’t able to secure it.

While these stats may seem like a cause for concern, in tech startup communities across the world, embracing—even celebrating—failure has rapidly become the norm. In fact, it was these grim startup statistics that led Cass Phillipps to found FailCon, an annual conference focused on—as its name suggests—failure.

Founded in San Francisco in 2009, FailCon “is a one-day conference for technology entrepreneurs, investors, developers and designers to study their own and others’ failures and prepare for success.” As the website continues to explain, “Entrepreneurs need to hear that from each other: it’s okay to fail; it doesn’t mean you’re worthless. You’re just like the rest of us, learning from making mistakes and building something bigger next time.”

Think a conference based on failure might not catch on? Think again. FailCon has held events in France, Germany, Israel, Spain and Japan, among other locations.

But before this emerging trend of flaunting failure took hold, the tech industry in particular used to bury their dead startups like the mafia: quickly and quietly. For years, broke companies sold themselves for peanuts in order to save face, friends bailed each other out with 11th-hour “acqui-hires,” and founders came up with terms like “pivot” to make panicked, last-minute changes sound more strategic. But these days, startup disasters are increasingly serving as badges of honor.

Moving at the Speed of Failure

Thought leaders, social innovators and TED talkers alike have been praising failure as a method of self-improvement with a zeal that borders on evangelistic. We all know that failure can certainly be educational. When you mess something up, you often get an idea about how to do it better. In this respect, failure enthusiasts encourage entrepreneurs to “fail fast,” so that they can learn and adapt as quickly as possible. But has the tech industry’s Zen-like approach to failure gone a little too far?

Tony Zappala, partner at U.S. venture capital firm Highland Capital’s Europe fund, said on CNBC.com that being transparent about failure is, on balance, a positive thing. But he warned that there is a risk that the acceptance of failure could lead some to give up too soon. He said that, in the U.S. in particular, there was a trend of pivoting when things didn’t go as planned, often multiple times. “That’s the wrong extreme,” he added.

You may indeed save time by failing fast, but what about the quality of your failures?

The fastest way to fail is to simply throw every possible solution at a problem. You might get a lot of information this way, but how much better will you understand the roots of the problem? Sometimes it’s worth taking time to think about the dynamics of the system rather than using rapid-fire trial-and-error.

The Dynamics of Success

What are these dynamics? And how can an entrepreneur bend the odds in their favor?

Startup teams must possess the ability to change products, adjust to different compensation plans, take up new marketing approaches, shift industries, rebrand their business or even tear one down and start all over again. It’s all about recovering from blows. Teams that are able to work together through tough times are also able to recover together.

Statistically, startups with co-founders have a higher success rate than companies with a single founder. Steve Hogan has seen a lot of startups struggle. His firm, Tech-Rx, aims to save as many of those as possible because, in his words, “all innovations are ultimately good for society.” The top factor that failed startups have in common, Hogan says in Fortune, is that they’re sole founders without a partner.

Fabrice Grinda, an angel investor and Co-Founder of OLX, Inc., agrees. In a Business Insider editorial, Grinda explains that having a co-founder creates more accountability, which helps you to avoid some of the pitfalls of a single leader. Plus, a co-founder can have skills that complement ones you don’t have, and vice versa. Ultimately, he says, “If you can’t convince your friends to join you, you probably should not be starting the business.”

Grinda cites some of the most notable examples of successful businesses that were co-founded: Google, Apple, Microsoft, Intel, YouTube, Skype, Yahoo and, more recently, Yelp, Twitter and Facebook.

To Fail or Not to Fail, That Is the Question

Such examples serve to remind us that we exist in a society that worships success. In essence, capitalism requires this imperative if it hopes to continue to evolve. Yet this same obsession with success can also lead entrepreneurs to replace outright risk for “calculated risk.”

But how can we nourish creativity when the risk is so significantly mitigated? Does this ultimately affect our ability to grow and develop? By reducing the risk of failure, are we restricting our ability to be innovative for “the good of society,” as Steven Hogan said?

One thing is abundantly clear: The merits of embracing success or failure is a double-edged sword for any small business owner. And speaking of swords, there is a Japanese proverb that deserves some thought here: Nanakorobi Yaoki, which translates to “Fall seven times and stand up eight.”

Perhaps, at the end of any entrepreneur’s day, it’s not focusing on failure or success that leads to longevity, but simply focusing on getting back up, as many times as it takes, until you finally get it right.

Marco Mannone
Marco has a background as a journalist and copywriter, and is based in Los Angeles. Read more