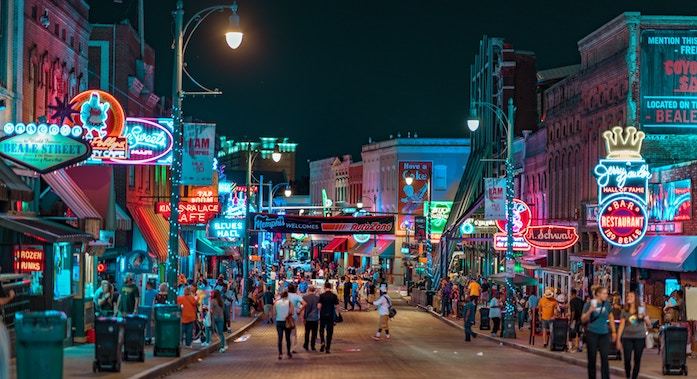 Sales tax is collected at the state level in forty-five states and in the District of Columbia. New Hampshire, Oregon, Montana, Alaska, and Delaware, otherwise known as the NOMAD states, are the only states that do not have a state-level sales tax, although some local levels in Alaska do impose a sales tax.

Sales tax rates vary significantly from state to state. Below is a list of the ten states with the highest average combined state and local sales tax rates.

(8.49%) – New York levies a sales tax at the state, city, and county levels. The combined sales tax rate in New York City can reach as high as 8.875%. Clothing and footwear sold for less than $110 are exempt from the tax.

(8.56%) – The state sales tax rate in California is 7.25%, and counties, cities, and towns may charge an additional tax. Currently the highest rates in the state can be found in parts of Los Angeles, where the combined rate is 10.25%. Rate changes, if any, are published by the California Department of Tax and Fee Administration on a quarterly basis.

(8.67%) – The state sales tax rate in Kansas is 6.50%, but additional local and district taxes can push the combined rate to over 11%. To impose a sales tax, cities and counties must get the approval of a majority of voters in an election.

(8.92%) – The state sales tax rate in Oklahoma is a relatively low 4.50%. High rates at the city and county level, however, make the combined rate one of the highest in the country. The city with the highest combined rate is Boley, a small town east of Oklahoma City, with a rate of 11.50%

(9.14%) – The state sales tax rate in Alabama is only 4%, but again the majority of the sales tax rate comes from a combination of city, county, and district rates. Many cities have a combined rate in the double digits, with the highest being 11% in the city of York.

(9.43%) – The Razorback state has the third highest combined sales tax rate in the US, just .04% behind the leader. The state rate is 6.50% and the combined local rates can reach over 5%, resulting in many areas where the combined rate is over 11%.

(9.45%) – Last year’s leader falls back to number two this year, with a combined rate of 9.45%. The total rate includes a state tax of 4.45% and additional parish (county) and city level taxes that result in one of the highest average rates in the country. The total sales tax in New Orleans is 9.45% with an additional special rate in the French Quarter.

Does your location rank?

After looking at these ten states, you can see that sales tax rates vary widely across the US. If you want to know if your location’s rate ranks in the top ten, you can turn to Quickbooks Sales Tax free calculator. The new online sales tax calculator tool calculates rates for the nearly 11,000 US state and local taxing jurisdictions.

This article currently has 4 ratings with an average of 3.5 stars