5 Warning Signs That Your Business Partnership Is Failing 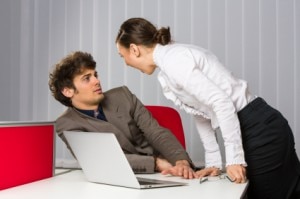 A business partnership can be every bit as complicated as a marriage. And, like matrimony, some partnerships end unhappily.

Wouldn’t it be helpful if you could spot the warning signs of an implosion before it occurred — or, better yet, before you even entered the partnership? That way, you could escape the situation before it turned ugly, got expensive, or wrecked what you’d built through long, hard work.

Actually, you can. Here are five signs that your shared business may be in trouble, so that perhaps you can rethink the partnership before it’s too late.

Like a good marriage, a good business partnership brings together two people whose personalities, skill sets, intelligence, know-how, and other attributes complement each other. When properly balanced [PDF], the partnership produces a union that’s more powerful than either person acting alone.

But a successful partnership can’t happen or endure when there’s a fundamental imbalance. Trouble generally arises when one partner feels he or she has too much or too little:

The ideal situation is one in which each partner feels good about his or her contributions and the other partner’s efforts.

Of course, the requirements of a business are constantly shifting. So, a successful partnership needs not only an initial balance, but also a mechanism for re-balancing the partners’ individual workloads as often as necessary.

Business is closely tied to money, and it involves making myriad decisions about spending, investing, receiving, and controlling funds. Some of these decisions inevitably are based on value judgments, such as whether you spend more in order to buy domestically-made goods or operate in a “green” way.

Because cash flow is central to your business, significant disagreements about spending signal a fundamental partnership problem. As time goes on, there’s a good chance you will become dissatisfied with your partner’s preferences regarding money — and tire of your constant tussling over it.

Disagreements are not necessarily a problem, but difficulties in resolving disagreements are. Psychologically, the inability to resolve conflicts often signals basic incompatibilities in a partnership, personal dislike, or divergent worldviews and values. But even if all that stays in the subconscious background, difficulty resolving disagreements generally reflects important differences in communication styles, priorities, and personal flexibility, any of which can put extra pressure on a relationship.

From a business perspective, disagreements that continue for long periods produce resentment, waste time, and impede effective management of the business. So, make every effort to settle disagreements respectfully, in a way that recognizes the worthwhile aspects of each partner’s point of view. Ongoing friction is usually a sign the partnership will end badly.

Differences in work styles [PDF] can produce conflicts and resentments that steadily build up until the partnership falls apart. For example, one partner may:

The partners may begin with a good deal of tolerance for each other’s “quirks.” But fundamental differences are likely to chip away at even the strongest bonds.

How you plan to exit the business in the future can have a profound impact on day-to-day decisions and operating strategies. If partners are interested in divergent outcomes, they’re frequently going to feel driven toward different choices, such as:

Individually, none of these differences create an immediate or inevitably fatal flaw in a partnership, of course. But they do send up a red flag in terms of the potential for long-term mutual satisfaction and success in the partnership, and the greater number of these problems that describes your partnership, the bigger the risk tends to be.