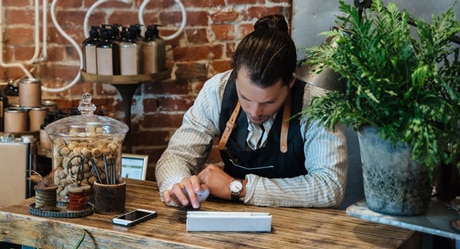 In 2016, Tennessee business owner Larry Thornton was sentenced to a year in prison and fined close to $10 million for his failure to pay over $8 million in employment taxes. Although his is a more extreme example of employment tax fraud, Thornton’s case is in line with the trend of fraud cases becoming more expensive, despite fewer cases being investigated.

In March 2017, the IRS watchdog, the Treasury Inspector General for Tax Administration, issued a report calling for a more focused strategy to deal with the shocking number of employment tax crimes. The report asserted the rate of these crimes—the willful failure to account for and deposit employment taxes—is on a steady incline. Although they say the number of employers conducting this type of fraud tripled in 17 years, there were 38% fewer assessments between 2010 and 2015, and fewer than 100 criminal convictions each year.

US employers pay over $5.5 billion each year

New research by QuickBooks Payroll has revealed the almost $123 billion cost of IRS penalties for employment tax violations since 1995. The study discovered US employers are paying more than $5.5 billion per year.

The number of tax violations assessed by the IRS has been on a consistent decline since 1995 (the first year for which data is available). Despite the spike in costs in 2016, there has been a 45% decrease in the total number of violations over 22 years.
On average, the annual cost of employment tax violations over the 22-year period for which data is available comes to $5,588,162,000. In recent years, this number has been trending downward while the average cost for each violation has risen.

What these averages don’t reveal, however, is that some types of employment tax violations are far more costly than others.

Fines for tax estimation violations are on the decline, but the number of employers being prosecuted is not. The total annual cost of penalties for tax estimation violations has trended downward since 2005, dropping to $21,585 in 2016 (compared to a high of $51,030 in 2006) when the IRS assessed more than 8,000 penalties. Data prior to 2005 is not currently available.

It’s a similar story for tax accuracy violations. As with tax estimates, the cost of these violations appears to be on the decline—down to $3,409,000 in 2016 compared to a high of $22,601,000 in 2008. But at the same time, the number of violations being assessed by the IRS is trending upward.

The average cost per tax accuracy violation has moved in step with the annual cost, dropping to the lowest on record in 2016, at $1,802, compared to a 2008 high of $8,703 per violation.
But at the same time, the number of tax accuracy violations has trended up—though the 2016 figure (1,892 violations) is significantly lower than the 2012 highpoint of 2,964 violations.

On the other hand, federal tax deposit violation costs have consistently increased since 1995—when the average per violation was $888—to a high of $2,302 in 2016, making it the most costly year for federal tax violations on record.

The good news for business owners is, while the cost of each federal tax deposit violation is rising, the number of violations being assessed by the IRS has dropped significantly since 1995. Back then, the IRS found 4,265,042 violations compared to just 1,340,928 in 2016.

But the costs are still on the rise. Over the same period, the cost of delinquency violations has trended upwards. There was a notable spike in 2016, the second highest on record when the annual cost of IRS penalties reached $1,722,144. This was a 98% increase over the previous year.
In keeping with the theme, 2016 was also a notable year for the average cost of delinquency violations. It recorded, by far, the highest average cost per violation, at $1,567. By comparison, the lowest on record was 1995, at $298 per violation. That’s a 426% increase!

Compared to other types of employment tax violations, failure to pay penalties have a relatively low average cost, but they are the most common. For example, in 2016, the IRS assessed 3,144,623 failure to pay violations compared to just 233 for fraud. The numbers are, however, on the decline—down from a high of 4,620,927 in 2006.

While the overall number of failure to pay violations is decreasing, the cost is on the rise—most markedly so in the 11-year period since 2006.

Average violation costs on the rise

The logical conclusion of having fewer, more expensive violations for failing to pay employment tax is that average costs are rising. And the data shows this to be true. 2016 saw a record high in the average cost of failure to pay violations, reaching $365 compared to the 1995 low of $84.

Employment Tax Fraud Not Worth the Risk

Beverly Lang is an accountant and QuickBooks trainer and consultant at her firm, Diversified Business Solutions.

Lang said the reason for the rise in the cost of employment tax fraud juxtaposed with the fewer incidences of prosecution could be due to the nature of the law.

“Employment tax fraud is a felony offense that is infrequently prosecuted,” said Lang. “The failure to collect or truthfully account for the tax must be willful, as must the failure to pay. There are so many gray areas that the offense must be big enough to warrant the costs associated with prosecution.”

Lang went on to say she thinks employers are more willing now than they were 10 years ago to test their luck due to their increased ability to pay a fine, lose your refund, or completely talk their way out of the infraction.

“I don’t think the consequences for employment tax fraud are as harsh as they were 10 years ago,” she said.

But that doesn’t mean she believes not meeting state and federal payroll compliance standards is worth the risk. “I always tell my clients that just because people have gotten away with it doesn’t mean they should try it,” said Lang. “The IRS is going to have to make a stand soon, and I don’t want them to be the company the IRS uses to make an example of.”

Kim Harris
Kim Harris is a copywriter and blogger for TSheets by QuickBooks. When she’s not writing about new ways time tracking and scheduling save business owners time and money, you’ll find her reading, dining, or plotting her next adventure. Read more