2016 Tax Laws: State by State Changes That Every Business Owner Should Understand 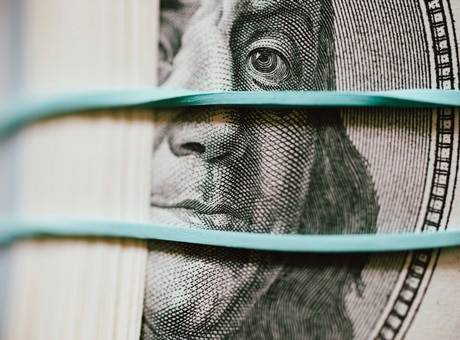 Regardless of what state you do business in, there are a few federal updates that will no doubt affect your US-based business. For starters, you have a few more days than usual to file your federal taxes, as April 15th falls on a Saturday. Further, Washington D.C. celebrates Emancipation Day on Monday April 17th; so, federal taxes are due Tuesday April 18th this year.

Hopefully you already noticed the new January 31st deadline for getting W-2s to your employees. The new deadline came as part of the Protecting Americans from Tax Hikes Act enacted at the end of last year. Check out our 2016 tax calendar for a complete list of important deadlines.

Here are a few new tax laws for 2016 of which small businesses need to be aware.

If you aren’t familiar with the Protecting Americans from Tax Hikes (PATH) Act, that’s because it was rolled into the Consolidated Appropriations Act of 2015, also referred to as “the budget,” that was passed in December 2015. Many of the regulations affect individuals, but the act also impacts small business owners in a number of ways.

For example, under the act, owners can now deduct money for improvements made to certain commercial properties. Additionally, employers can save by hiring members of particular groups, such as veterans and individuals who are receiving food stamps.

As part of the authorization, the Section 179 deduction was extended. It allows business owners to deduct up to $500,000 from the cost of property used for business purposes more than half the time. Note that, in a given year, owners can only purchase up to $2 million of commercial property qualifying for Section 179.

The authorization also extends the bonus depreciation laws that expired in 2014. Bonus depreciation allows business owners to deduct a large portion of the cost of a new long-term asset. From 2015-2017, the depreciation percentage will be 50%, but this value may drop to 40% in 2018 and 30% in 2019.

Qualified purchases under PATH include tangible personal property like equipment and machinery. Congress hopes that the bonus depreciation rules will provide a valuable stimulus for a still-struggling economy.

Along with changes under PATH, the Affordable Care Act (ACA) will affect tax filing for small business owners in 2016. Launched in 2010, the Affordable Care Act features multiple provisions designed to transform the insurance market while providing incentives for small businesses to offer employees health insurance. With that in mind, large companies employing 50 or more full-time workers are now required to offer healthcare.

Not only can businesses that fail to provide employees with healthcare be subject to penalties, but small businesses that cover 50% or more of premium costs and employ fewer than 25 workers might also qualify for help in the form of the Small Business Health Care Tax Credit.

Because of an official District of Columbia holiday on April 15, most Americans have until April 18 to file their returns. If you live in Maine or Massachusetts, you will have until April 19 to file without being subject to penalties due to the delayed observance of Patriot’s Day on April 18.

If you’re a sole proprietor or are part of a regular partnership, you will file on April 18. Electing large partnerships, S Corporations and C Corporations are generally required to file by March 15. The only exception is for corporations with fiscal years that don’t align with the normal calendar year. In this case, your corporation’s return will be due on the 15th day in the fourth month following your fiscal year’s last quarter.

Luckily, businesses that fail to prepare their taxes on time have the opportunity to file an extension. In most cases, companies can request six-month extensions without enduring severe penalties. If you do opt to file an extension, it’s important that you send the request with an estimated payment by the due date. Failing to remit payment can result in the IRS invalidating your extension.

Additionally, owners who underpay or fail to send funds can be hit with hefty fees. Visit the IRS website for more information about filing a tax return extension request this year.

On the state level, below are some of the more significant changes that could affect your business for its 2016 tax return. Not listed below, but definitely important, 2016 was a popular year for states truing up their filing deadlines with federal deadlines. Accordingly, be sure to check for your state’s business tax filing deadlines. The below list is a high-level overview of some of the more newsworthy changes. Check with a tax professional or your state’s taxing authority for more updates and specific details.

This article currently has 4 ratings with an average of 1.3 stars