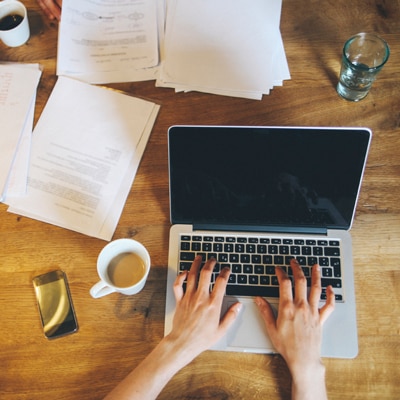 Technology has had a profound effect on business in recent decades, enabling companies to find new customers around the world and communicate with them in unprecedented ways. Additionally, technological developments have affected the freelance world. These days, self-employed persons can visit sites like Upwork and Guru to find lucrative freelance positions with the click of a button. Additionally, networks like LinkedIn offer an easy way for businesses to find and recruit freelancers. In light of these developments, it’s no surprise that the number of freelancer workers in the U.S. is rising quickly.

This year, Freelancers Union and Upwork joined forces with an independent research firm to conduct a study profiling the American freelance market. Here’s what they found.

What the Numbers Say

The study reveals a great deal about the men and women who make up the freelance community. According to the study, 54 million Americans—one third of the U.S. workforce—currently freelance instead of holding down traditional jobs. Not all freelancers, however, occupy the same roles in the field. Here are the largest groups of freelance workers in the U.S.:

In the past, freelancing was often seen as a last-resort career, adopted by people who could not land traditional full-time jobs. These days, however, Americans are choosing to be self-employed in record numbers. According to the report, 60% of freelancers say they started in the industry by choice and appreciate the unique benefits the career offers.

What Freelancers Care About

Unlike traditional employees, freelance workers enjoy more flexible schedules. Not only can freelancers choose their own hours, allowing them to be there for kids and aging parents, but many have the option of doing their jobs from anywhere in the country or even the world. According to the study, more than one-third of freelancers have been able to relocate as a result of their decisions.

While the freedom to work where and whenever you choose offers significant appeal, many freelancers actually choose the career for the income potential. Full-time workers often assume that their freelancing comrades earn less. The truth is that 60% of freelancers report earning more now than they did when they were traditionally employed.

Despite the clear benefits of freelancing, the report reveals that the career is not without its drawbacks. While freelancers can enjoy improved salaries, they are typically responsible for paying their own healthcare and saving for retirement. Additionally, freelance workers must pay self-employment taxes, which include the portions of Social Security and Medicare contributions typically covered by employers.

Along with the financial drawbacks, freelancers regularly deal with unpredictable workloads and must be meticulous about invoicing. If clients fail to send work as promised, or pay their invoices late, freelance workers can find themselves scrambling to make rent. Freelancers frequently use invoice generators to create and send invoices online, and then must follow-up with their clients directly to ensure payments arrive on time.

Despite the preponderance of freelancers in this country, politicians rarely afford them the same attention that they do small business owners and other voting blocks. Still, as the 2016 election approaches, candidates may want to take a closer look at this important group. Unsurprisingly, 62% of freelance workers claim they’re more likely to choose politicians concerned with their welfare. If candidates neglect to consider the interests of this community, they might well miss out on their shots at the White House next year.

April Maguire
A graduate of the Master of Professional Writing program at USC, April Maguire has served as a writer, editor and content manager. Currently, she works as a full-time freelance writer based in Los Angeles. Read more