1. Various transactions randomly "check" themselves which makes it dangerous to use the Batch Actions option. I like to work with subsets of transactions, assign accounts and classes, then Batch approve that set. Auto matched transactions PLUS some, random "Changed according to rules" AS WELL AS some "Need review" transactions will check themselves - even when I go through and uncheck them all - if I scroll up and down they'll just be re-checked. Someone else asked this exact same question and you all just touted the Auto Match function (which is annoying in itself) - but it's not just Auto Matched transactions that re-check themselves. If I can't reliably check or uncheck transactions - and have them stay that way - then the Batch Actions function is too dangerous for me to use.

2. I've tried checking the box up in the column heading area, which should toggle all transactions as either checked or unchecked. However, it's impossible to make them all be unchecked using that functionality, because random transactions will just re-check themselves as I scroll up or down the list.

3. Transactions that are incorrectly auto-matched don't let me assign a class. Very often it makes an Auto Match based on nothing more than the amount being the same as some previous transaction - account is different, payee is different, date may be in an different year - this is more of a hassle than it's worth. Is there a way to just TURN AUTO-MATCH OFF???

4. If I try to tell an Auto-Matched transaction that it's not a match, it just brings up another one to Auto Match, then another one, then another... TURNING AUTO MATCH OFF would save me a lot of time!

5. When I approve an individual transaction, it throws me back to the top of the list, even though I might have several transactions I've just categorized that I'd like to approve. I have to scroll back down through the list, do the next one, get thrown back to the top, scroll down again... takes up a lot of time.

I like to use the bank feed Transaction List as a starting point but without being able to control which transactions will remain checked (or unchecked), and with the weird way it keeps hopping around, it's VERY frustrating - as you can probably tell.

I appreciate the details you've provided to us, @TonyH1.

QuickBooks matches transactions you've entered into the system with the downloaded ones.

Currently, we're unable to turn off the auto-match feature in the QuickBooks Online (QBO) bank feeds. You may want to click on Not a match to find other records.

This way, you can now proceed to the next step without unmatching the transaction again.

You can check this article to provide you more details: Add and match Bank Feed transactions.

Feel free to visit this article for any bank questions: Banking.

Let me know if you have other questions about banking. I'm always here to help.

Thanks for your partial response, glad you're here to help. So, the Auto-match function that doesn't work in any meaningful way (since it will create a match from nothing more than the fact that the amount is the same - EVERYTHING ELSE IS DIFFERENT ABOUT THE TRANSACTIONS!) can't be turned off. Good to know!

How about the several other issues I asked about in my original post?

Top 5 Questions- Reports & Accounting
Hello friends! Welcome back to another Top 5. If you’ve been wondering how ...
Read more

Quick Start with a QBO Expert
Are you starting out with QuickBooks Online and don’t know where to begin? ...
Read more 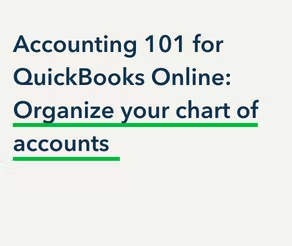 Accounting 101 for QuickBooks Online: Organize your chart of accounts
Assets? Liabilities? What does it all mean or where does it all fit in? I’m...
Read more