Client has expressed issues with the Invoice email that is sent out to customers.  It is causing so much confusion with the customers that she is considering leaving Quickbooks because this has been mentioned on multiple forums in Quickbooks, but has not been addressed since the change earlier this year.  Please, letŌĆÖs find a remedy before we lose a really great client thatŌĆÖs really trending towards major growth.  While this example is small dollar, there are multiple high dollar invoices with the same scenario causing a substantial frustration for all.

Here is the synopsis of the problem:
1. A customer has multiple invoices outstanding (some overdue).

2. The current invoice due is $24. However, altogether the balance due on the account is $113.

4. The invoice is sent to the customer and the customer WANTS to pay the entire amount seeing in the detail that he has a balance forward. He clicks on the ŌĆ£Review and PayŌĆØ button. But, when he gets to the screen, the amount to pay is $24.00 ŌĆō ONLY the current amount due even though the detail still shows a total of $113.00.

5. He continues by clicking the ŌĆ£Pay NowŌĆØ button. Here he can actually CHANGE and type in the amount of $113.00 ŌĆō BUT, if he does the system is now calculating that he will have a credit of $89.00. Some customers do not realize they can change the amount and only pay the current due when they are WILLING and READY to pay overdue amounts. Others get confused by the credit description and donŌĆÖt want to overpay. Overdue amounts are starting to increase, call volume from customers being confused on the amount they are supposed to pay and actually paying are causing unproductivity and aggravation, and clients are not happy with the change causing these disturbances without an option to customize the invoice email.

**Suggestions:
ŌĆó Add the wording at the top of the invoice to say Full Balance Due or Account Balance Due to stipulate the amount in the box is for every invoice outstanding.
ŌĆó Show customer a detailed listing of all the invoices they can pay for, maybe a selection bubble next to each invoice number, and the total calculated based on the invoices they choose to pay.
ŌĆó When the customer clicks on ŌĆ£Pay NowŌĆØ show the total balance amount and specify the invoices they are paying for ŌĆō not the extra amount over the current invoice as a credit.

I've attached the file with screenshots.

Thanks for bringing this to our attention. I want to make sure you'll get the best help possible.

We have been receiving reports coming from our customers about this issue and our back-end team is working closely to get this issue resolved. While they do, we would advise you to utilize Statements for your customers instead, as a workaround.

To be added to the notification loop, I'd suggest contacting QuickBooks Online Phone Support. Any progress will be communicated via email.

If there's anything else that you need, don't hesitate to let me know. I'll be around to help. Have a great day.

However, the reminder email is not set up to account for payments for previous invoices after the invoice date on the invoice for which you are sending the reminder email.  So, it shows they actually owe more than they do and the customer pays it creating an overpayment.   This happens so often because so many customers will get behind or they have a two month pay schedule.  (Another problem.)

I sent a statement as suggested and then followed it up with a reminder email on 10/15/18 that there was still $50 outstanding on the incorrectly paid invoice - the one on 8/1/18.  I wrote in the email to please just pay the $50 even though the reminder email showed a total due of $155.00.  The reminder email was incorrect because it didn't take into account the payment after the date of the invoice on 8/1/18.  It saw the previous invoice on 7/1/18 of $105 that was still unpaid before 8/1/18, but as of 10/15/18 it had been paid and was cleared.  However, according to phone support, the reminder email is not set up to account for any payments after the invoice date not related to that invoice.

I hope all of this makes sense and these new emails can be scratched and start over or go back to the old emails.  They are confusing everyone and causing so much wasted time.  At this point, we are looking into other options on the market because this company is a worldwide company with different time zones in play and it has created a lot of chaos.

Thanks for getting back to me and letting me know you tried out sending statements.

I'll be sure to submit feedback on your behalf. This will notify the Product Development Team that the option for new emails in even more detail would be beneficial to running your business.

You know where to find me if you have any other questions. Have a nice day! 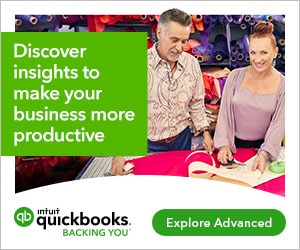