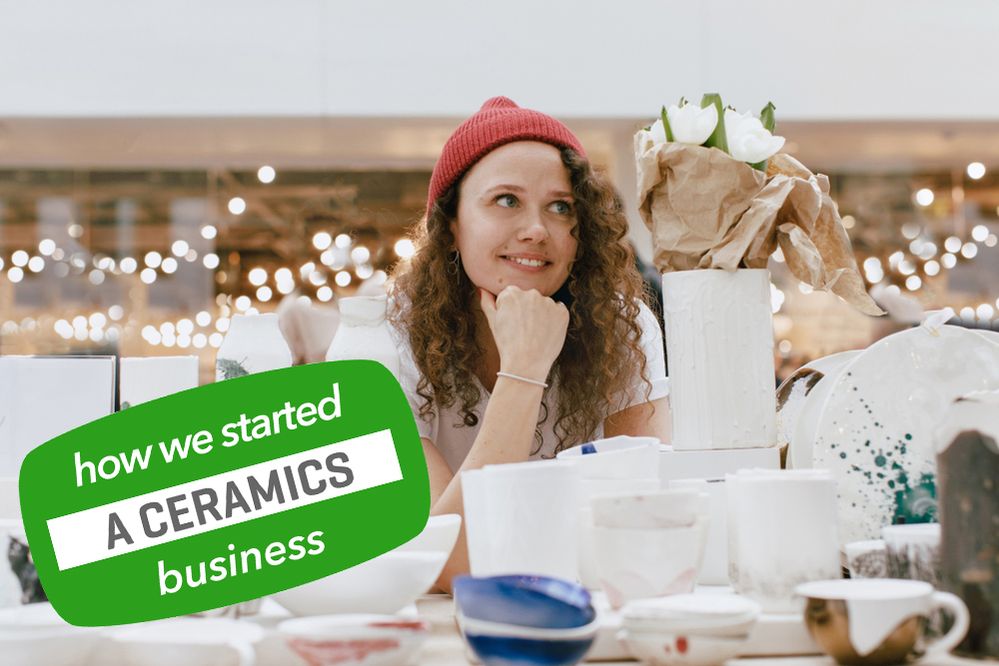 Let’s meet seven entrepreneurs who create and sell pottery that is both beautiful and functional for everyday use. They tell us how they took their art form and turned it into a business. 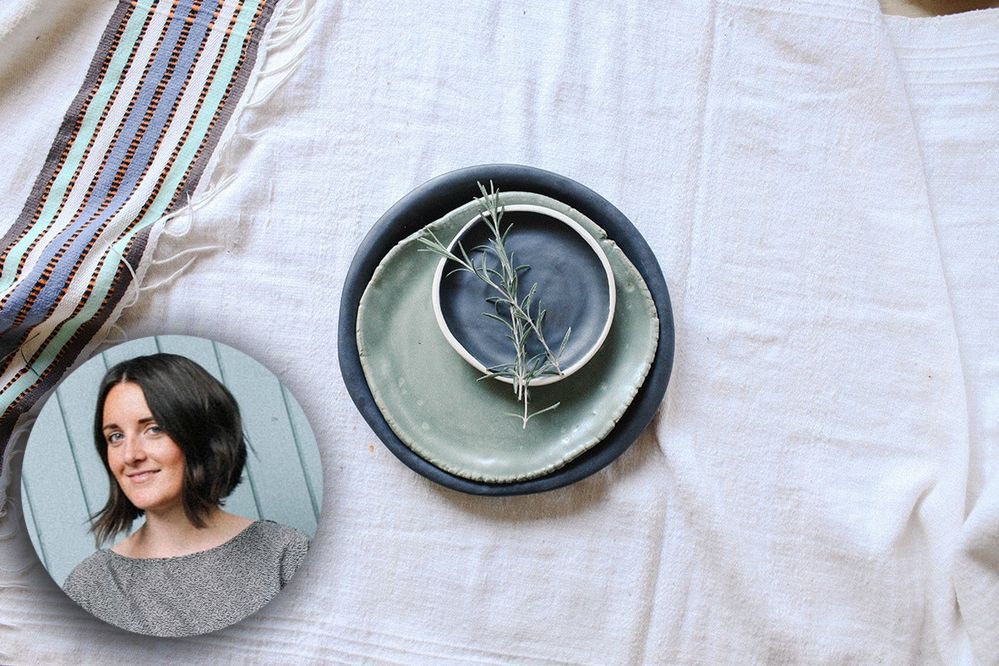 Bridget Dorr of Bridget Dorr Ceramics: “I studied Art Therapy in college and hoped to use it to help heal people in my community. I worked with adults with disabilities for several years, but found that I was missing something from my life: I needed to express myself. Clay and ceramics were always my passion in school, so I began making small pieces here and there for enjoyment. Once day I decided to put them on Etsy, and slowly started selling my work.”

“My first customer was from Ireland. I made a very simple set of ceramic cups and the customer managed to find my shop and buy them. At the time, I didn't think anyone would purchase my pieces. They were very underpriced. On that order, the shipping was more than what I made from the items, but the feeling was exhilarating!”

“A couple years ago I really buckled down and starting making plans for my business, rather than just producing things and selling them when I could. It took me almost two years of running an Etsy shop to feel confident in my work and company.”

Read Bridget’s full story: Ceramics Artist Bridget Dorr Was Slow to Start, But Now She Believes in Her Business 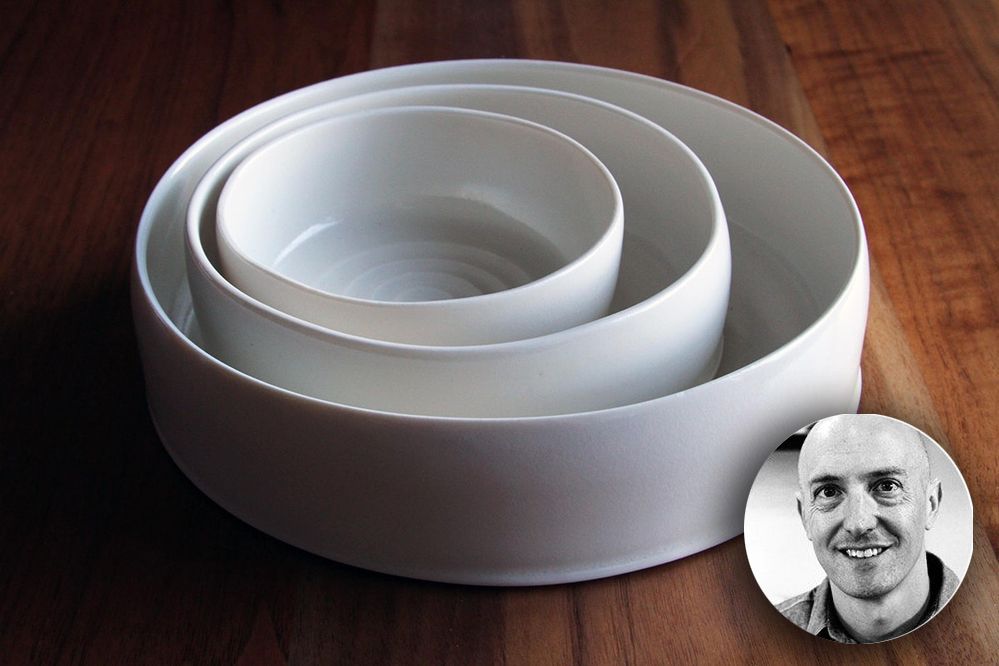 Dan Schmitt of Dan Schmitt Pottery: “During my time in college I went to Japan for a summer to study pottery, which influenced my work considerably and had a lasting impact on my aesthetic. I went on to earn a Master of Fine Arts in ceramics. After graduating, I set up my first studio in 1999. Then I began traveling to different arts and crafts shows, building my customer base through direct sales and picking up some wholesale accounts as well. I’ve always been someone who needs to feel passionate about what I’m doing in any area of my life.”

“The moment I felt like my ceramics business could really have legs came in 2000. I had some of my work on display at a gallery in Portland, Oregon, and one day I got a call telling me that the curator of the Smithsonian Renwick Gallery had bought some of my pieces. He was interested in seeing more, so I sent some slides and several weeks later, I got a call from him. He was putting together an exhibit of American ceramics and wanted to use my work! I was only 25 at the time and it was a defining moment for me.” 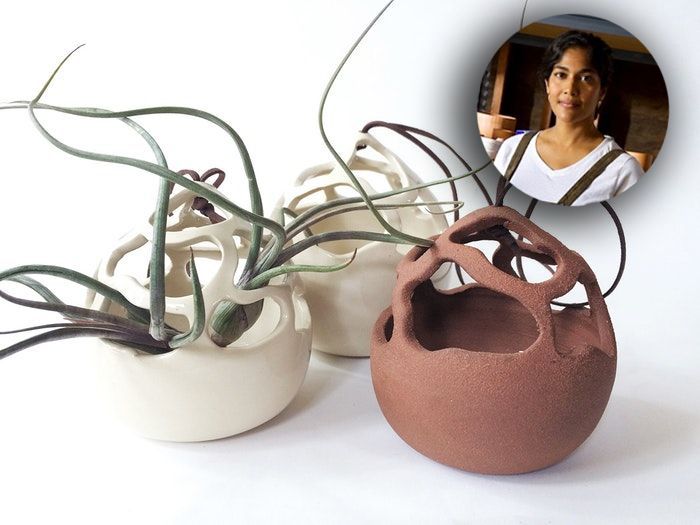 Gopi Shah of Gopi Shah Ceramics:  “I started by cold emailing all kinds of ceramics artists in the Austin area. I found Jennifer Pritchard, who eventually became my mentor. She had a studio that was about a mile away from our house, so I went and helped her a little bit. When half of her studio opened up, I was able to move in and start working on my own personal projects.”

“We moved from Austin to San Francisco. San Francisco has been a great place to own my own business. Austin was amazing, too — it was where I found my mentor and met all these great small business owners who were very supportive of what I was trying to do. San Francisco is more competitive, but it's also where I can get more wholesale orders.” 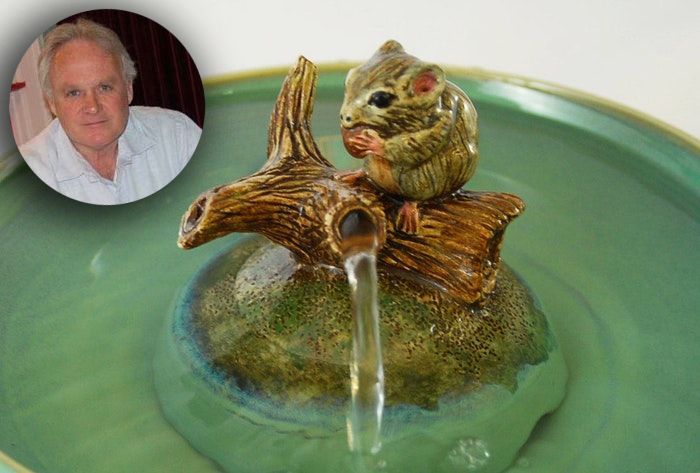 Keith Davitt of Thirsty Cat Fountains: “I had an idea for a fountain I wanted to make, so I went to a potter to have the bowl produced. I was going to attach it with copper stems and leaves that water would spill from, but when I went to pick it up it was nothing like I wanted. Soon after, I took up pottery and started making my own small fountains.”

“Later, I saw my cat, Bijou, drinking from one and I wondered whether cat fountains were a thing, so I went to the computer and about seven million entries came up! I learned after doing some research that some commercial cat fountains caused health problems. Thus, my ceramic, handmade version was born. I decided to open a shop on Etsy, sort of on a lark, but I got sales right away!”

Read Keith’s full story: How Keith Davitt Discovered an Untapped Market — and Turned a Simple Idea into a Successful Business 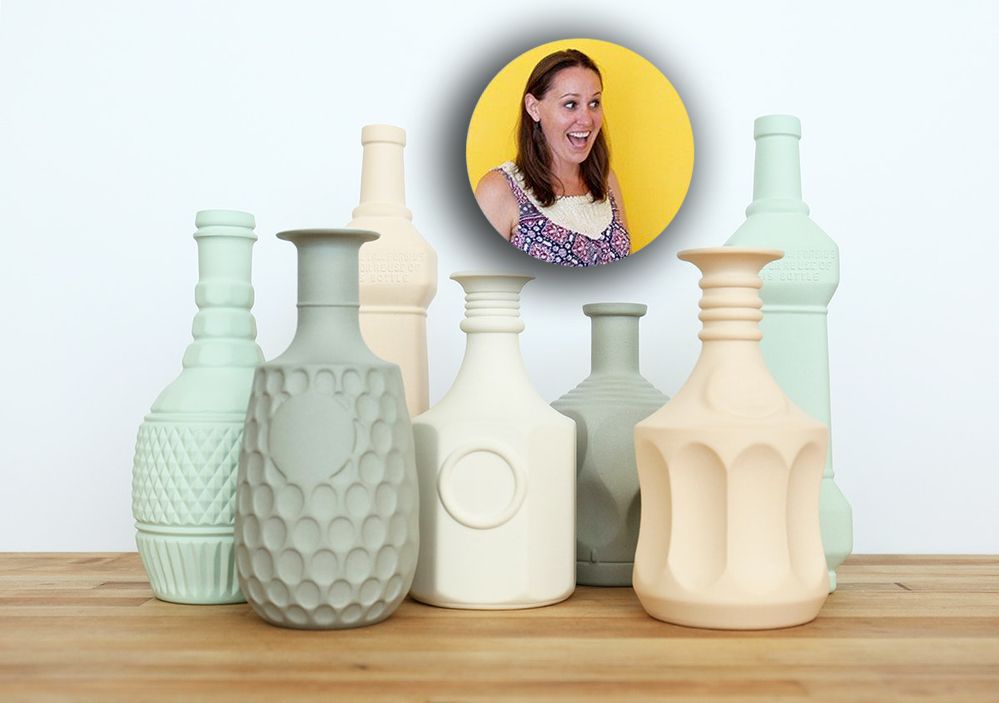 Heather McCalla of Heather McCalla Studio: “I teach at a university but it doesn’t pay well, so I decided to try to supplement my income. I thought starting my own business might be a good way to do that while still giving me the flexibility I needed to maintain my teaching schedule two days a week.”

“I was exhibiting some of my ceramic sculptures at an art gallery in Richmond, Virginia, and I asked the owner of the gallery if I could display my products during the show and was surprised to find that people actually bought things! Those early purchases felt promising and convinced me I had something worth pursuing.”

“Things got more serious when I was accepted to the American Craft Council’s Hip Pop program, which helps emerging artists. That was a really significant moment for me — I realized I had to start making more of my products and be ready to take part in a major craft show. The experience was intimidating, but exhilarating. I didn’t know what I was doing — or if I was doing it right! — but I knew that I had to gather the right materials and present myself as a legitimate entrepreneur. Looking back, that’s really when I decided to commit to my business.” 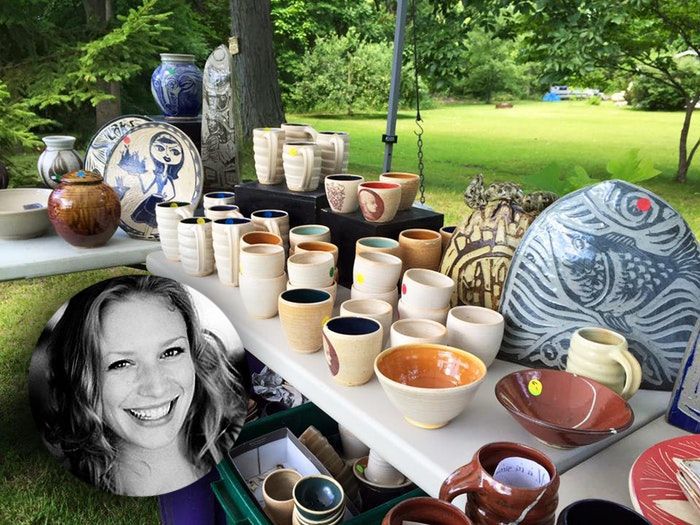 Jennifer (Creighton) Beachy of Function Pottery: “I fell in love with the art form as soon as I got into the ceramics studio. I took two classes before graduating college and was totally immersed in pottery 100%. My ceramics professor started a retirement venture and opened a lakeside gallery studio. I asked to to work there and to continue to study ceramics. I started part-time right away. From the start, my goal was to be my own boss."

“A few years ago, I dove into my current business, Function Pottery, full-time. I started my Etsy shop and was mostly doing shows around Ohio, both of which led to wholesale and consignment accounts. Now my business is continuing to gain momentum and direction. Once the online store took off, I felt optimistic. I’m always busy and I have very few slow seasons these days.” 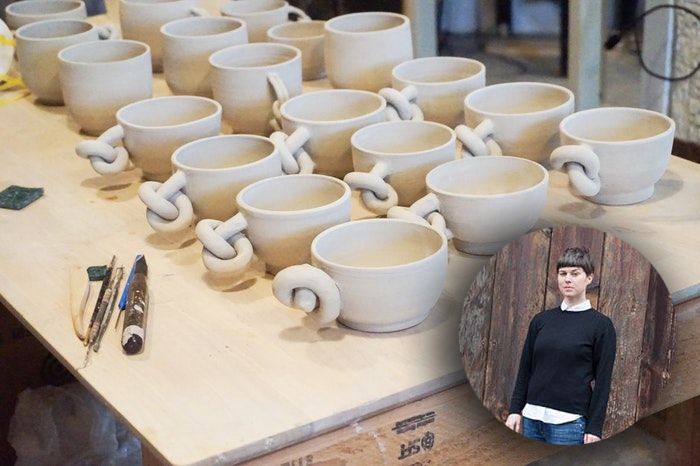 Amelia Black of Amelia Black Ceramics: “I originally studied design, going on to work in architecture, industrial design and design research for more than a decade. But over the last few years, I felt unfulfilled focusing purely on digital art. I think most people who work in design love creating objects, and when I found myself missing that, I returned to my passion for making ceramics. I joined a group of makers in April 2015, and together we have a large studio space. After six months, I built up enough of an online following to start my business. I’m part of a strong community of ceramicists in Brooklyn, New York.”

“The exact moment when I realized this could be a real business happened when I took my ceramics to the Renegade Craft Fair in New York. It was the first time I was selling outside my local community, where I already had a small market. And... I sold out in one day! The response was huge, and it helped me understand my work and how people relate to it. Half of the people who bought pieces that day sent me a direct message on Instagram with pictures of the ceramics in their homes!”

Read Amelia’s full story: How I Learned to Stop Stressing about Pricing and Start Crunching the Numbers. Meet Amelia Black

***
Starting a new business? Check out our guide to
Everything You Need to Know to Open a Business
for a wealth of resources and inspiration!
***

QB Community members, share your insights on starting up a business so others can learn from your experience!