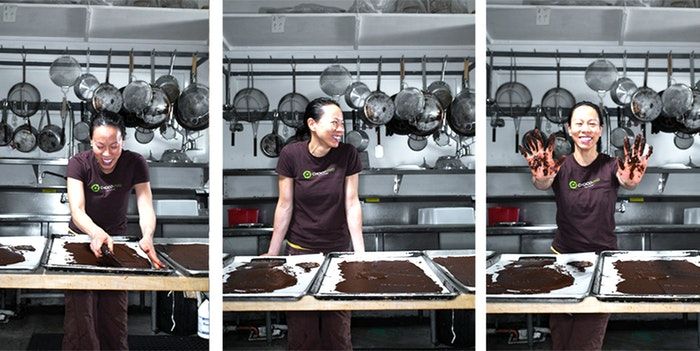 Knowing nothing about producing chocolate didn’t stop former accountant Patricia Tsai from making it her escape route out of a life of corporate boredom. A decade of research into the confectionary arts + a very influential friendship later, and Patricia’s a leading industry expert with products that are changing the way Californians look at chocolate — for good.

We spoke to Patricia to find out how the long game worked in her favor, the challenges she’s faced while growing her brand and what she's hoping to learn next from *you* on the topic of networking.

Like most college grads, I didn’t know what I wanted to do with my life. I studied finance and accounting, so I fell into the corporate route because that’s what I thought I was supposed to do.

I got my CPA and took a job as an accountant with Kodak, but I soon wished there was more to life than crunching numbers behind a computer.

I was always interested in chocolate, but knew nothing about its production until I went to Mexico on vacation and learned how it was made. It was there that I saw chocolate stripped down to its core and watched people enjoying it in a completely different way. Eager to find out more, I began to research the science behind how chocolate is created, and I became completely wrapped in the tiniest details.

After 10 years of research, I finally left my job as an accountant and set up a company importing chocolate from one of the biggest manufacturers in Mexico. Whole Foods started selling it and I got it noticed by the likes of Bon Appétit Magazine and the Los Angeles Times.

After a while, though, I realized I wanted to become more involved in the production process, so I reached out to a grower and began to develop my own line.

I opened up my shop and cafe in 2013 and continue to have a very strong working relationship with the same grower, which means I can trace my product’s journey from bean to bar. 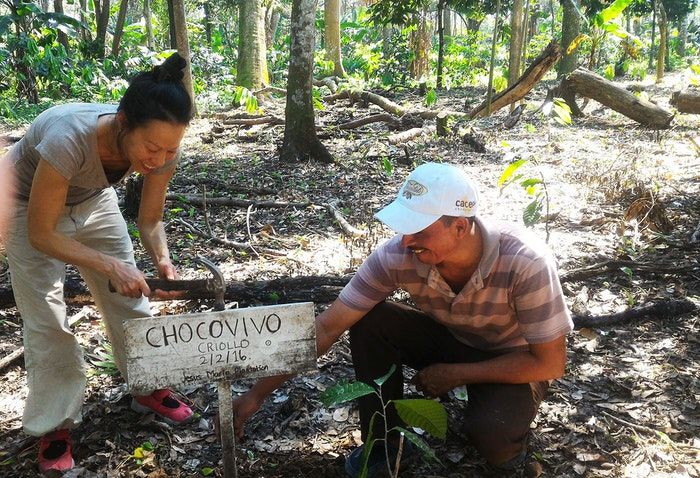 I sold my first bar at a farmer’s market in LA.

Selling at these types of markets can be tough because the customers are so inquisitive, but it’s a great way for me to spread the message about the chocolate and get people invested in my brand on a personal level.

I’ve been running ChocoVivo for six years, but it wasn’t until earlier this year when Target placed an order to sell my products in 12 of their stores that I felt like I’d taken my brand to where I always wanted it to be.

This order means I’m no longer in survival mode, so I can look to expand my line and open up a new store in another location.

I want to build ChocoVico further and further, but everything from this point onward will be a bonus. 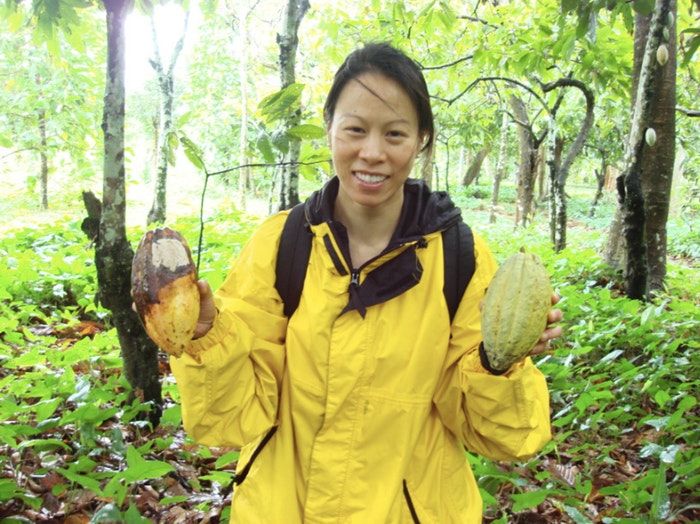 My business is education oriented because I’m trying to change the way Americans view and consume chocolate, so I need intelligent staff who become invested in the products and the mission.

It’s been more of a challenge than I thought it would be to find people who show up to work every day and breathe passion into what we’re doing, but I’m finally at a point where I can say I’m working with a group of like-minded individuals who get what I’m trying to achieve.

I’m pretty good with numbers, so I factored in all my costs and worked out margins before I started out. I also keep an active eye on the market to see what my competitors are doing.

I’ve doubled the price of my chocolate since starting out, because $4 was too low for a product of this quality. While this had a negative impact on sales in the short term, I’ve found that people are now more willing to pay the higher price as I spread the message further about how good my chocolate really is. 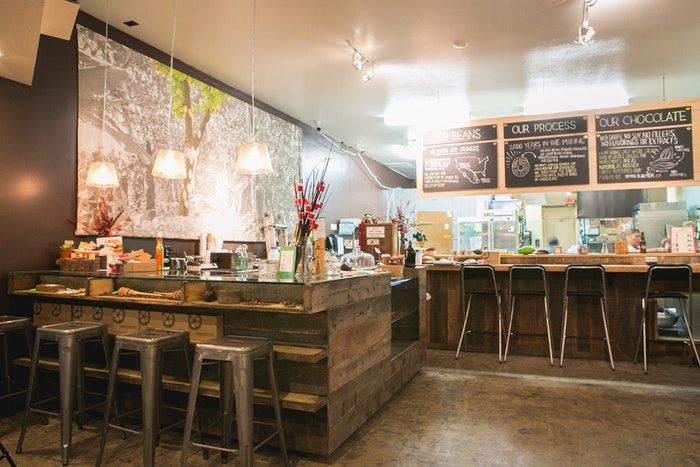 My shop is open seven days a week, and I pop in and out to make sure everything is running smoothly throughout the day.

I spend a lot of time talking to my team to get their feedback on how well we’re doing and to make sure they understand what needs to be done. I also try to talk to my grower daily and take some time to plan ways to develop the product line.

Then I run the rest of the business from behind the scenes: answering emails, checking my accounts and dealing with any staffing issues.

My business is now at the point where I’m able to take a few days off if I ever need to, but I normally work every day of the week.

I’m not sure there is anything I would change, as everything fell into place without being forced.

I spent a long time researching and developing my products and met influential people — my grower in particular — along the way. I could say I wish I’d met him sooner, or that I wish I’d known what he would teach me, but it’s been a fluid journey of discovery.

It’s been a rollercoaster of highs and lows, but I’ve grown stronger as a person as a result and have a business I can truly be proud of. 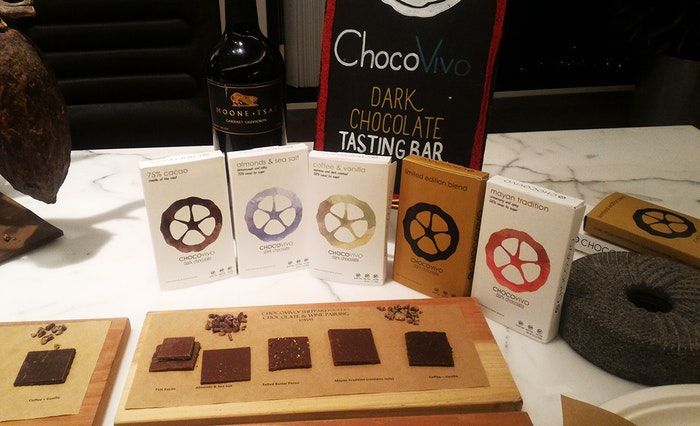 I really don’t like networking, but I know I need to work on that so I can stand a better chance of taking my ideas even further.

What is the secret to making good contacts? Should I go to networking events with an agenda and specific questions to ask, or should I attend just to make friends?

Can *you* help Patricia out with her questions about networking and making new contacts?

Calling all you networking experts out there!

Do you think making those all-important contacts is just about being friendly, or does it require a specific approach? If you know how to work a room, let us in on your secrets by sharing your tactics below in the comments.

It's so inspiring to learn about your journey, Patricia! Thanks for sharing so much of what you've learned along the way with the QBCommunity.

(waves) Certainly can. I've been publically networking for 4 1/2 years (and counting), and I have oft shared what I've learned - no compensation expected - with others since I fully believe in servant leadership. I'll share several insights below in a free form comment.

Sketch thoughts ( if I may be of further assistance, please contact via a message and/or through my website - which was published in my interview - cheers! ) // 1st - re: "What is the secret to making good contacts? Should I go to networking events with an agenda and specific questions to ask, or should I attend just to make friends?" --> Answer(s) : Use "FORM" ( family, occupation, recreation, motivation ) - family Q's warm the other person up organically, versus a strict focus on professional side. Most everyone loves to share about their kids, grandkids, spouse, etc. Occupation -- I'd substitute for the very tired Q ( "what do you do?") with a professional question that builds a deeper connection, something like, "what brought you here today?" "Have you ever attended an event like this before?" and/or "what are you the best in your industry at doing?" Recreation --- a lot of ppl really like to talk about this, too - whether its a hobby, a fav sport/sports team, their latest trip/cruise, their golf or tennis score, et al. Lastly, motivation. Ahhh, yes, here's the WHY Q! Why are they in business? Tell me, what got your started in doing ?
1
Cheer
Reply Join the conversation

2nd -- attend with the specific intent of building rapport. People (most, at least) don't like to be "sold to" ( so "can" the Q's that focus on the features & benefits of your product &/or service ) - they want to buy, and have the control in the (potential transaction. You are there to build relationships. My blog post -> https://innovatenewalbany.org/entrepreneur/educational-phases -entrepreneurship-create-sustain-success/ <-- delves into this a little more. Being friendly is a must - if you aren't feeling your best, its a far better choice to sit out the event, and work on something in your "back office" ( financials, etc ) than attend, and not put on your best face by seeking to serve, to listen, and to add endless value.
1
Cheer
Reply Join the conversation

With the highest of well regards, am most thankful!

Earlier today, I practiced what I mentor on + truly, my QB Community cohorts, it WORKS. I asked numerous q's of various people at an event w/o the tired(est) Q of them all, and the conversations were so much more impactful. About 6-8 new contacts in my network :)

Congratulations, @SBSL-Founder-SJ! That is something to be shared and celebrated for sure. Thank you for being an incredible leader!

Your story is inspiring!! thanks for sharing.