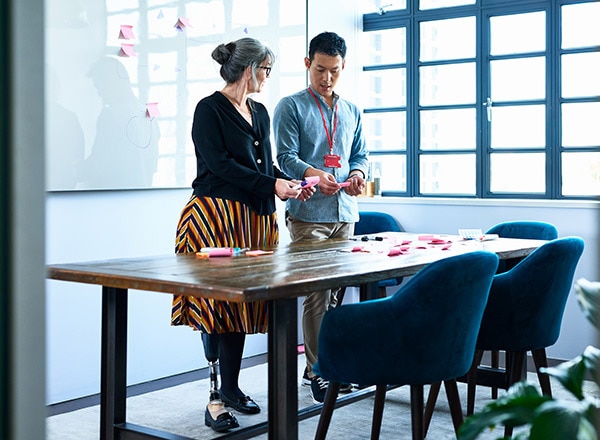 Changing the world was never supposed to be this complicated, was it?

You always knew that running a nonprofit was going to have its challenges. That’s half the reason you were attracted to the job in the first place.

Yet somewhere between the increasingly stiff competition for funders and legislation like the Tax Cuts and Jobs Act, which makes it tougher for taxpayers to claim charitable donations, there is one challenge proving increasingly difficult to overcome:

Keeping enough money to pay for the day-to-day operations of your organization.

For many nonprofit leaders, half the battle is simply giving money management the attention it requires. With so much focus on the organization’s mission, cash flow statements and balance sheets can fall by the wayside, often overlooked as a bothersome chore rather than an integral key to success.

But by failing to take a proactive approach to cash flow, those same leaders actually limit their ability to properly carry out their mission.

In 2013, the National Nonprofit Foundation conducted its annual State of the Sector Survey, finding that 16% of non-profits were operating with no more than a month’s reserves of cash, while 8% were struggling to get by with no cash whatsoever.

Things have hardly improved in more recent years. In 2018’s State of the Sector Survey, a large percentage of nonprofits were operating with less than six months’ worth of cash receipts.

The good news is that it doesn’t have to be this way. In this guide, we’ll outline a few simple steps to improving your cash flow and limiting shortfalls without compromising the altruistic integrity of your organization.

There’s nary a nonprofit leader working today who hasn’t been subject to such ‘bizsplaining‘ at one point or another. Yet what many of their commercial sector colleagues fail to realize is that things aren’t so straight forward.

In 2018, 62% of respondents to the annual State of the Sector survey said that financial sustainability remains a top challenge. The root causes of such challenges are often issues scarcely seen in the for-profit business world.

One of the biggest challenges the nonprofit sector faces is restricted funding. Rather than giving nonprofits carte blanche to make effective spending decisions, it’s not uncommon for donors to dictate what their money can and can’t be spent on. Often, what it can’t be spent on are overhead expenses such as rent, utility bills, and staffing.

Factor in lengthy processes to determine whether or not organizations get that funding in the first place, and it starts to become apparent why cash flow matters so much for nonprofits.

By taking a proactive approach to money management, organizations put themselves in a stronger position to deliver on key objectives even when funding concerns arise.

The first step toward improving your nonprofit’s day-to-day finances is to get a handle on your current situation. Then, look at how your financial situation is likely to change in the coming months. A nonprofit cash flow projection exercise can prove invaluable here.

This is about more than simply taking an inventory of costs. It’s about asking key questions.

The NonProfit Quarterly recommends starting with the most basic question of all:

What do we do?

Ultimately, this will reveal much more than just what you spend your money on. It should also help you better understand when and why you spend that money.

If you work with the homeless, for example, then it may be that your expenses increase in winter, particularly around the holidays. If you deliver summer programs, then you may find that costs are incurred not just during the program delivery, but also in the planning stages.

Understanding the timing and extent of your cash balance needs helps you to plan for periods of heavy spending. In order to do that effectively, however, you first need to understand where the money is coming from.

Analysis of income and funding

Again, this isn’t just about taking stock of the what, it’s about paying attention to when your organization receives disbursements of funds.

Ask the same questions of your regular donations and any other sources of income.

Even if the amount of funding perfectly matches the organization’s costs, the timing of the funding can still cause cash flow problems.

Carrying out this exercise should help you to identify any such mismatches and consider your options for dealing with them. Here are a few suggestions.

Strategies for improving cash flow in the nonprofit business model

Every nonprofit needs a certain amount of money to cover basic overhead costs. Meanwhile, most donors want to know their money is going towards doing good work in the community.

According to the Stanford Social Innovation Review, this creates a unique situation in which many organizations look to appease donors by grossly underreporting how much cash it takes to keep the lights on.

As any organization leader or major gift officer who has found themselves in this situation will likely tell you, this withholding of information is usually the result of a deep-seated fear. There’s a concern that major backers will withdraw support if they knew the truth about operational costs.

While such fears are understandable to a point, they often overlook one important point:

Donors who come from a business background or who run organizations of their own are already well-aware that operational costs are to be expected in any endeavor. They understand that overhead expenses are an essential part of success in project, so it’s unlikely to come as much of a surprise that your organization has certain expenses that need to be considered, too.

Though it’s a bold move in a competitive landscape, having an honest, upfront conversation with donors about your overhead expenses may well prove worthwhile.

With better operating support, your organization will be in a much better position to achieve key goals. It’s worth raising this point rather than constantly running into cash flow problems by trying to do more with less.

There’s proof that such honesty pays off. In 2019, research found nonprofits that were transparent about their expenditure received more contributions and were stronger organizations than those that didn’t.

The report found that those that received a Seal of Transparency from the nonprofit information service Guidestar received an average of 53% more in contributions in the year after being awarded that seal.

Speaking of having honest discussions, never underestimate the benefits of talking to your suppliers, landlords, and contractors.

Even if they’re not prepared to reduce their rates, they may still be willing to compromise on terms and accept a payment schedule that better aligns with when you actually have money coming in.

On a similar note, don’t be afraid to switch suppliers if it means getting a better deal. When looking at your financial statements, you should be able to identify areas to reduce costs. If you’re currently leasing a building, for example, consider whether it might make more long-term financial sense to buy a new premises outright.

Negotiating isn’t something that everybody is comfortable with, but with a little preparation, it can prove hugely beneficial. Here are a few simple steps to consider.

Is it important to get better rates or will you be happy with a different payment schedule that better aligns with when you have money coming in? In many cases, even the latter can make a tremendous difference to an organization’s cash flow.

What alternatives do you have if your landlord, contractor or supplier refuses to budge? Can you take your business elsewhere?

Consider the other party too. What is important to them? How might you be able to give them what they want while at the same time getting your own needs met?

Armed with all this information, it pays to time your negotiations just right. If your lease is about to expire, it’s likely to be easier and less expensive for your landlord to renegotiate terms than it would be to start looking for a new tenant.

If you’re negotiating with a supplier, try and hold off until the financial quarter starts drawing to a close. They’ll be more likely to offer you a better deal if it means they can exceed their sales targets.

Be willing to compromise

Finally, be willing to explore multiple options. It may be that your ideal scenario isn’t achievable, but that by having a frank, open discussion with the other party, you’re able to negotiate a different kind of deal that still allows you to take better control of your cash flow.

3. Be proactive about building cash reserves

Every year, the aforementioned State of the Sector report shows that fewer than 25% of nonprofits surveyed have more than a six-month cash reserve. In fact, most of them struggle to keep 90 days of cash on hand.

One reason for this is that some nonprofits attempt to build up a large sum of cash before transferring it to a reserve fund, only for it to be inevitably devoured by operational costs.

If that sounds familiar, your organization may be better off reconsidering your reserve policy and committing to putting away a smaller amount of money more frequently in order to build up a prudent reserve.

Government funding can be an unstable source of funding, and while appeals for donations can provide a welcome cash injection, this is often a short-term solution. For many organizations, adding new revenue streams can ensure a regular supply of funds. One new revenue stream many nonprofits are adding to their arsenal is merchandise. The American Cancer Society, for example, generates an additional $66,000 in annual income from sales of branded merchandise and similar in-kind contributions.

Or, perhaps consider how sharing the secrets to your organization’s success can generate additional income. In Colorado, the Denver Food Rescue used its own app to help its volunteers streamline their activities. Realizing that other organizations could benefit from this app, they licensed it out, charging others a nominal fee to use it. The income generated from this app is reinvested into maintaining the technology behind it, meaning Denver Food Rescue now has a useful tool at their disposal that is practically self-sustaining.

Finally, reconsider your fundraising campaigns. If you normally solicit one-off donations around the holidays, consider following the example of Charity:Water. They make it easy for loyal supporters to contribute on a monthly basis.

The organization adds a monthly subscription option right next to its call for one-off donations and helps donors feel good about their involvement by explaining the kind of positive impact their donation could have.

Diversifying revenue streams, building up your reserve fund, or simply renegotiating your arrangements are all methods deployed with great effect in the for-profit world that can be equally as effective in organizations with more altruistic aims.

Today your nonprofit can utilize the same tools the business world does to make every dollar count and improve your organization’s financial performance.

With a solid cash reserve to draw upon and better timing of both outgoing and incoming payments, you ultimately free up your time, your resources and your energy to focus more on doing that all-important good work.

This article currently has 9 ratings with an average of 4.0 stars