Revenue vs. Growth: What Should Your New Business Focus On? 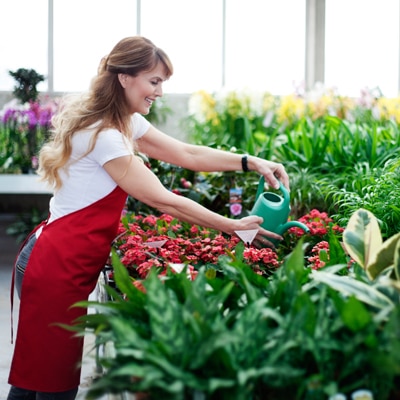 Starting and growing a new business often means walking a thin line between earning revenue and pursuing growth. After all, a business can’t be successful if it doesn’t bring in profits, which requires revenue. In the long run, however, growing into new markets is crucial if a company hopes to move beyond the startup stage.

Given the relationship between growth and revenue, business owners might choose to focus their fiscal efforts primarily on either generating revenue or growing the business. The decision to choose one over the other should be based on various internal and external factors.

As you might have guessed, revenue-focused businesses are more concerned with earning money rather than with quick expansion. Revenue can include interest and royalties, but usually refers to funds received from the sale of goods and services. Small businesses with a revenue-based mindset tend to focus on creating a solid revenue model for long-term profitability before expanding their efforts.

On the other hand, a company that is growth-focused concentrates on expansion and experimentation at the expense of near-term profitability. In this way, the business is considered to be primarily concerned with market share first and cash second. Growth-focused businesses are likely to hire employees sooner, upgrade their operations and increase their marketing expenditures with the goal of expanding their customer bases. They concentrate on users now and monetization strategies down the line.

Focusing on Revenue vs. Growth

Revenue-based startups are often considered safer choices because they focus on creating a model for profitability. Not only does focusing on revenue help satisfy investors, but it also ensures a company isn’t growing too quickly. One of the dangers of rapid expansion is allowing quality to suffer in favor of quantity.

When businesses focus on growth, they often neglect to hire enough workers and train them appropriately. Additionally, startups that grow too fast can find themselves dealing with serious cash flow shortages that impact their ability to pay the bills.

Further, it’s important for businesses to realize that focusing on growth doesn’t necessarily mean that profits will follow. After all, your company can increase its customer base by lowering prices. However, if there is no path to profit, you are unlikely to see positive returns on your investment. Before expanding into additional markets, startups need to ensure they are actually making money on their sales, rather than spending a great deal for little profit.

While investors often prefer a revenue-focused model, concentrating on growth is not without its advantages. Groupon, for example, is one company that initially saw huge returns as a result of an aggressive growth effort. Despite low initial revenue, the company invested heavily in climbing to the top of the daily deals market. The result was more than a billion dollars in revenue within three years. Startup founders with highly scalable business plans and good access to capital might want to consider following Groupon’s example and focusing on expansion.

Growth is also crucial for companies in highly competitive industries. If you don’t put money into expanding your audience, industry rivals will likely draw customers away from your business. Further, businesses in newer fields like social media often need to focus on experimenting with different revenue models before finding one that works.

If you’re focused only on immediate profits, you might make money in the short term while missing an opportunity for huge success down the line. Additionally, growth is often more important for B2C (business to consumer) than B2B (business to business) companies.

Choosing the Right Business Model for Your Startup

The best-case scenario for startups is to demonstrate solid revenue while growing their customer bases at the same time. But unless you’re one of the lucky very few, your limited resources will need to be put on one side or the other. Keep in mind what type of business you are trying to build, and don’t be afraid to ask for advice from seasoned entrepreneurs and advisors.

April Maguire A graduate of the Master of Professional Writing program at USC, April Maguire has served as a writer, editor and content manager. Currently, she works as a full-time freelance writer based in Los Angeles. Read more