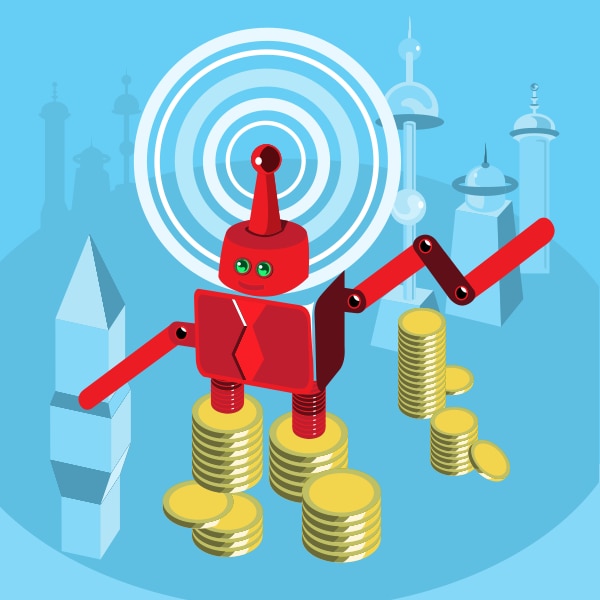 The digital age has brought with it innumerable innovations that continue to change the way the world does business. Buzzwords abound on the internet, bringing to light terms that often fade into obscurity as quickly as they rise to prominence. But some innovations occasionally stick, and the 10 new technologies discussed in this list are definitely here to stay, at least until new tech comes out that makes them obsolete.

Until then, follow along to learn how these new innovations can help change the way you conduct business.

You may have been hearing about 3-D printing for some time now, but the next few years will finally usher this new tech into the forefront. IT research and advisory firm Gartner, Inc., predicts that “by year-end 2017, at least seven of the world’s top 10 multichannel retailers will use 3-D printing technologies to generate custom stock orders,” and small business owners should likewise follow suit.

Three-dimensional printing is poised to revolutionize manufacturing. Time and money will undoubtedly be saved as more and more businesses choose to forgo overseas production in favor of local 3-D manufacturing. Maintaining a large cache of inventory will be unnecessary, and the property costs to house that inventory will plummet.

The possibilities for what can be printed are seemingly endless. There’s even talks of a 3-D chocolate printer, something we can all look forward to.

Edward Snowden’s NSA revelations, as well as Target’s recent security breach, have brought to light the need for innovations in IT security and privacy. Furthering this need is the world’s increasing dependence on cloud computing. Gartner predicts “by 2016, poor return on equity will drive 60 percent of banks worldwide to process the majority of their transactions on the cloud.” If this doesn’t spur change in the way online information is made secure, nothing will. Global information group Experian believes “at least two-thirds of companies will buy cyber-breach insurance by the end of 2014,” and this protection should also be a priority for small businesses.

The security industry is understandably secretive, but Apple’s new Touch ID may be an indicator of where the innovations are headed. The Daily Beast expects the NSA leaks to drive tech companies to create new encryption methods, adding that “while NSA-proofing will be the motivator, the real benefit may be improved protection of commercial IP theft by China and other nations.”

Few words buzzed as loudly as “Bitcoin” within tech circles in the past year. After starting 2013 at around $13 per coin, Bitcoin reached a high of over $1200 in December. Many imitators followed suit, and while the online currency seems extremely volatile, it appears to be here to stay. “Smartcards” similarly made a splash last year, with tech startup Coin introducing a Bluetooth device that consolidates all your plastic into one convenient card that holds access to your credit, gift, rewards cards and more; it can even be swiped at an ATM to withdraw cash.

Small businesses should take note of these changes to the way people make purchases. While it’s understandable to be weary of accepting internet currency as payment, recent charts show that it could be a very lucrative investment. Smartcards and software like Google Wallet will alter the buying process for a large number of consumers, and small businesses should consider embracing these changes before their reluctance forces them to miss out on these tech-savvy buyers.

You’ve most likely heard of big data, data analytics and their importance, but unless you’re Rain Man, drawing conclusions from all that information can be close to impossible. Expect companies to change the way they view and absorb big data analytics in the very near future.

The Daily Beast perhaps said it best: “As big data, cloud computing and vast increases in storage and processing take hold, the role of data visualization becomes much more common in our tools. Having created systems much more advanced than the human brain in these categories, we now must find improved ways of digesting all of this information.”

Hopefully for all of us, innovations in the way big data is presented will allow businesses of all types and sizes to embrace this vital information. And this accessibility will surely help boost the marketing strategies of any enterprise.

Increased internet accessibility has made telecommuting an important part of business operations. Allowing employees to work from home while still being accessible to managers decreases the cost of equipment for employers and provides an incentive for would-be employees. A new technology, holographic telepresence, promises to change the relatively new telecommute landscape.

Holographic telepresence allows a three-dimensional moving image of yourself to be projected onto wherever you need to be; it can also be used to display prototypes and concepts before spending cash on production. The technology made news a while back when projections of deceased performers were showcased onstage, but experts predict the hologram will soon make appearances within offices across the globe, even as early as this year.

Anything that increases productivity, lowers costs and provides incentives to land top candidates should be embraced by companies of all sizes, and holographic telepresence is nothing different.

A recent court ruling brought the idea of “Net Neutrality” to the forefront of American news after an appeals court struck down an original FCC ruling that protected an open internet. Small businesses should definitely take notice.

In a nutshell, net neutrality allows bandwidth equality among all internet sites. Without net neutrality, affluent businesses can pay money in exchange for higher bandwidth, which translates to faster loading and buffering times for websites. Long loading times is one of the highest contributors to lost site visitors and, by extension, online customers. This leads to an advantage for bigger companies with more sources of capital, as they can buy more bandwidth and siphon customers from those with slower sites.

This is unquestionably huge for any business with a website. The loss of net neutrality can change the way goods are sold online, forcing many to rely on third-party marketplaces that can charge posting fees. In general, net neutrality will undoubtedly raise the cost to conduct business on the internet, and that is bad news for the majority of American companies. Keep an eye out for news regarding net neutrality, as this is an issue that will likely be in the limelight for a while.

Most people have heard of Airbnb, and if you live in a big city with fairly hectic traffic, you’re most likely familiar with Lyft and Uber. These are brands that have come to define “Collaborative Consumption,” or the “Share Economy,” in which consumers forgo purchasing goods or services in favor of borrowing and sharing. In lieu of taxis, online users choose from Lyft or uberX members who offer rides in exchange for “donations.” Visitors can access Airbnb to find rooms at other users’ properties to stay at during vacation and post their own spaces for rent while they are away. And many websites are popping up that offer services—like running errands, cleaning your house, going shopping, etc.—provided by site members.

But how can all this sharing and lending change small business?

The first answer should be relatively obvious: it’s a fairly new industry, and there are always good business opportunities in new industries. But answers beyond that might be tougher to come by.

In steps Crowd Companies—a startup advisory firm that offers insight on how businesses can utilize collaborative consumption to boost their business plans—and many other advisors that are focused on altering outdated supply chains, shipping methods and other operations aspects in favor of changing business for the better. Utilizing the share economy might not be for all businesses, but anything that can potentially cut costs for a company should be given at least some consideration.

While television has long been a medium of choice for marketers, smart TV is promising to introduce a new vertical advertisers must learn to take advantage of. Sure, in its early stages, advertising on smart TVs will be very similar to the way it’s been done on normal sets in the past. But social media is poised to hit smart TV, with Samsung and other brands promising messaging services in the very near future. On top of that, e-commerce will likely hit the small screen soon, making it vital for businesses of all sizes to start utilizing smart TVs as both a marketplace and an advertising medium.

Much like how the focus in recent years was for marketers to embrace mobile as a medium, the same will happen for smart TVs in years to come.

Like smart TVs, innovations in wearable technology will also bring to life a new industry and a new marketing medium. From the anticipated Google Glass to shoes that display tweets, consumers will soon be decked out in head to toe with fancy tech.

Businesses will soon be able to take advantage of these wearables in the form of performance-tracking devices for employees, discreet cameras for loss prevention, customizable uniforms and much more. But the biggest contribution wearable tech will make to small business is its introduction of a new advertising medium. Through their wearable tech devices, consumers will be accessible anywhere, even more so than through their mobile devices. And a company that is quick to embrace this new tech as a marketing vertical will most likely see rewards in the form of higher returns on their marketing dollars.

Amazon CEO Jeff Bezos recently revealed plans that could forever change the way businesses approach shipping. In an interview with “60 Minutes,” Bezos announced the ecommerce giant will try to implement plans for a fleet of drones that could deliver goods in under an hour. Google made another splash in the world of drones when it announced the acquisition of Boston Dynamics, designers of animal-inspired robots. These two recent news pieces should signal to the rest of businesses that drones are here to stay.

As such, smaller brands and companies are beginning to utilize drone technology. Phillips recently released a prototype of its HomeCooker neXt, a connected app and cooker package that allows users to control the cooker from a mobile device. And small businesses have begun using drones as a way to deliver beer in crowded festivals and pizza to local delivery customers.

As a new industry, companies can use mobile drones as a platform to launch products and services that utilize them for business, or they can simply utilize drones to optimize operations and expedite shipping. Either way, much like the previous innovations discussed, mobile drones are certainly a new piece of technology that will soon change the face of business.