Posting Fake Reviews for Your Business May Cost You 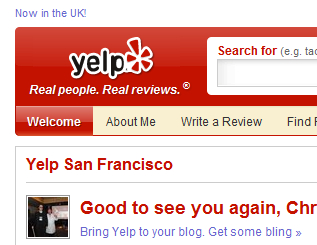 If you’re wondering how some businesses garner so many glowing customer reviews on sites like Yelp and TripAdvisor, the answer is that some of the commenters are fakes. They aren’t really clients; they’re writers for hire.

But just because your competitors may engage in fraudulent practices, doesn’t mean you should. It’s both unethical and illegal. And law-enforcement agencies will fine businesses caught posing as consumers online.

A 2013 study titled “Fake It Till You Make It: Reputation, Competition, and Yelp Review Fraud” [PDF] found that one out of every five (20 percent) of all Yelp reviews is written by someone who claims to be a customer but isn’t.

Committing this type of fraud is quite easy. According to New York Attorney General Eric T. Schneiderman, a business owner typically pays freelance writers $1 to $10 for each phony review. Why? One extra star on a Yelp page could reap up to 9 percent in additional revenue, making the potential return on a small investment quite large. However, in 2009, the FTC banned undisclosed paid endorsements, making this practice illegal.

In September, Schneiderman released the results of Operation Clean Turf, a yearlong undercover investigation that resulted in 19 businesses agreeing to cease publishing fake reviews on websites like Citysearch, Google Places, and Yelp and to pay a combined $350,000 in penalties.

Nonetheless, as consumers increasingly rely on review sites and what they believe are legitimate consumer reviews, some businesses are going to great lengths to control what’s said. For example, according to another study, 85 percent of the most active reviewers on Amazon are part of Amazon Vine — a group of trusted reviewers who often receive free products from manufacturers in exchange for a (presumably positive) review.

In other words, you’re not only up against the fraudulent reviews, you’re battling big businesses that have the power to (legally) encourage positive feedback.

How to Stay Ethical

Of course, you don’t want to be the next business on some attorney general’s target list. But gaining legitimate, positive exposure on review sites is good for business — and it’s going to take more work than merely hoping your customers speak kindly of your business online.

Here are five tips for keeping your activities legit.

1. Read each website’s terms and conditions. Yes, reading legalize in tiny print is boring, but you can’t afford to do anything that could be considered fraud. Online review sites are based on trust, and if you break that trust, your reputation is shattered. The Terms of Service page not only tells you what is considered unethical and illegal, but also gives you instructions on how to address malicious activity directed toward your business.

2. Ask for a review. Tell happy customers that your business relies on positive word of mouth, and you would appreciate good online reviews on your behalf. Make this request as often as you’d like, but don’t try to influence their responses (see #3).

3. Don’t offer gifts or coupons. You may not offer any type of compensation in exchange for a Yelp review. Other review sites, including TripAdvisor, follow similar policies.

4. Use Referlia. For $79 per month, you may hire a third party to encourage your customers to follow through with their commitment to write a review on your behalf. Referlia will send your customers an email thanking them for their recent purchase and offer simple options for writing a review of your product or service on various review sites and social media networks.

Worried about a site like this not complying with the terms of service of sites like Yelp? According to Rob Ellis, founder and CEO of Referlia, “We make sure that our platform complies with the Terms of Service, both letter and spirit, of all of our partners.”

5. Manage the haters. Along with ethically encouraging your customers to write reviews, learn to manage your detractors in a productive way. First, understand that even the best businesses receive negative reviews, so resist the urge to take any criticism personally. Second, respond to the review by offering to address the reviewer’s concerns through a refund or other means. Remember: The customer is always right, especially when you’re discussing the issue in the public eye.