What states have no sales tax, and should you operate there? 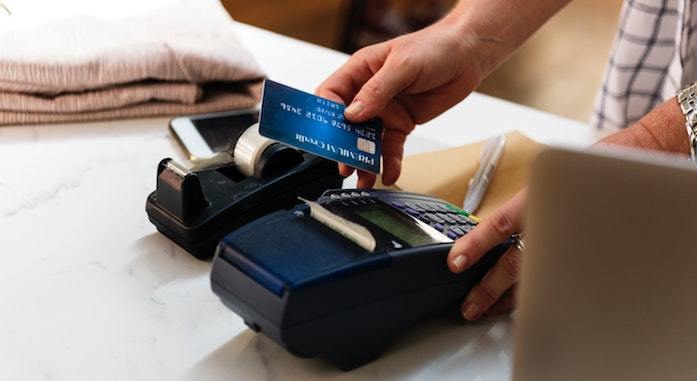 Taxes aren’t a favorite topic among business owners or anyone for that matter — unless you’re the IRS. (Gross receipts tax? More like “Gross, receipts tax.”)

While state sales tax can result in additional cost being tacked onto a purchase, it also means more work for business owners. You need to get a sales tax license and stay current on the sales tax rate for your state or states of business. Otherwise, you risk hefty fines.

Wouldn’t it be great if there were states with no sales tax? Well, as luck would have it, there are. Five states, known as the NOMAD states, have no state sales tax. While you may not be in one of these states right now, avoiding a sales tax could be a nice perk for those of you considering a move. Read on to see which five states have no sales tax.

The term “NOMAD states” might conjure up images of roaming people. While the NOMAD states happened to be known for their beauty and hiking locales, the term itself actually stands for the five U.S. states without a sales tax: New Hampshire, Oregon, Montana, Alaska, and Delaware.

In each of these states, there are no state-level sales taxes. But that doesn’t make them entirely tax-free. You still need to consider property taxes before you uproot your business and move, as property taxes can be a huge cost when it comes to your home and business. So before you plan your big move, read over this list and see which states have the best balance of tax rates for your situation. Then, we’ll look at some other states that have low rates in general.

Let’s start off with New Hampshire. There’s no sales tax in New Hampshire where the official state motto is “Live free or die.” But you will see meals and room tax on your bill if you are dining out, staying in accommodations, or renting a motor vehicle in the state. The New Hampshire meals and rooms tax rate is 9%, as is the vehicle rental tax. The property tax is 6.3%, the second highest in the United States.

Oregon does not have a sales tax, but some cities have a food and beverage tax that applies to the sale of prepared food and beverages. The state also has a bottle deposit fee and an E911 fee, which is a 75 cent tax applied to any device capable of dialing 911. These fees are charged to end consumers of certain canned or bottled beverages and prepaid calling cards. The fees help support recycling initiatives and the E911 state-wide call system. The property tax is 3.6%, the 16th highest out of the 50 states.

Montana, known for its mountains and often called “Big Sky Country” is another state that does not have a sales tax. Certain Montana communities and areas that meet specific population and economic conditions, however, can implement a resort tax of up to 3%.

There is also a state lodging and facilities sales and use tax. Because this tax only applies to lodging, it’s not considered a general sales tax, which means Montana is still considered a no sales tax state. The property tax is 2.8%, or rank 24 in the U.S.

Alaska is a state that does not have any state-levied sales tax, but there are many local municipalities and boroughs that impose a sales tax. Some of these local jurisdictions only administer the local tax for part of the year, while others have higher rates during popular tourist seasons.

At the end of the day, while there is no state-leveled sales tax in Alaska, there are plenty of local sales taxes, and the property tax is 2.9%, or rank 22 in the U.S.

Delaware, our last NOMAD state, does not have a sales tax but, as you have probably guessed by this point, has some other taxes. You will find an 8% lodging tax in Delaware as well as an E911 fee that applies to any prepaid wireless service in the state. The property tax is 1.6%, or rank 43 in the U.S.

Now you know which states do not have a state-level sales tax and you can easily remember them using the acronym NOMAD. Keep in mind that your small business may still have the obligation to collect local sales taxes or other similar types of taxes in these states, especially if you’re selling online to customers in other states. And again, the cost of property taxes can’t be ignored.

Next, let’s take a look at some other low-tax states that could be appealing for business owners.

Colorado, land of great skiing and beautiful mountains, has a nice low sales tax rate of 2.9%. They do have a higher cost of living than most of the United States, however, meaning you’ll still have to pay a pretty penny to live and work there. The property tax is 2% of income, or rank 36 in the U.S.

While Louisiana, Alabama, Hawaii, South Dakota, Georgia, and Wyoming all share a 4% sales tax rate, Louisiana takes the cake here for having the lowest property tax rate. The property tax is 0.45%, the lowest in the U.S.

New York shares the same 4% sales tax rate as Louisiana and company, but has the added perk of being located near one of the largest business hubs, New York City. While prices in the city may be out of reach for many small business owners, the low sales tax rate and proximity to such a huge business hub could make it appealing to startups. The property tax is 5.02%, or rank 6 in the U.S.

North Carolina has more than just beautiful beaches. They have the low sales tax rate of 4.75% and property taxes that fall into the lower half of the United States. Their state income tax rate falls right in the middle of the spectrum as well at roughly 5%, making them an appealing spot for those wanting a coastal location without the high cost of New York. The property tax is 2.16%, or rank 34 in the U.S.

We’ve covered those at the low-end of the tax rate spectrum. But what about states with higher state sales taxes? The following states have some of the higher sales tax rates in the United States.

From there many of the remaining states, like Idaho, Maryland, Pennsylvania, Kentucky, and Florida, fall into the 6% and below range.

Taxes: Worth the move?

The appeal of a state with no or low sales taxes is easy to see. Sales taxes can frustrate travelers visiting your state, and create headaches for business owners trying to make sure the good, old tax organizations gets their cut.

But before you make any drastic moves or think about planting your business elsewhere, remember that you always have to consider things like excise tax placed on items within a state, and how friendly to new businesses the local governments are.

Every state has something unique to offer. Whether you simply need to know about sales taxes for curiosity’s sake or you want to move your business to Maine, Maryland, or Massachusetts, remember that every state has the potential to be a great place for business.

Network with other small business owners, ask them about their experiences, and in time you can find the perfect state for you and your business.