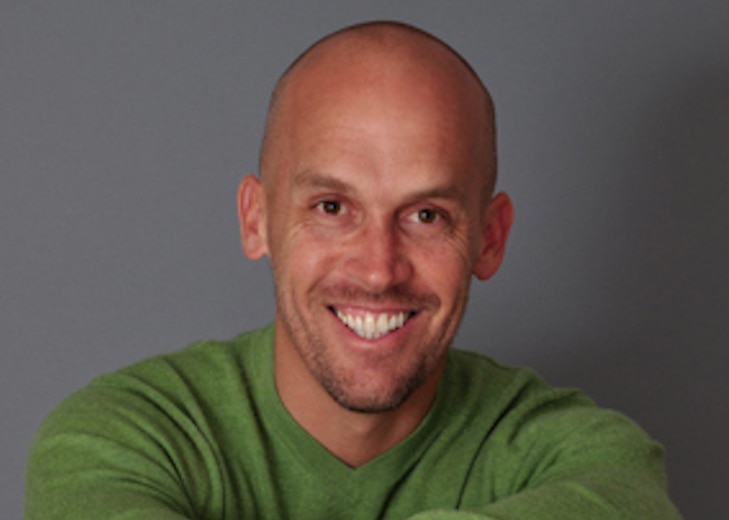 Matt Theriault got his first paying job in the music industry at age 17 and started producing records a year later. By age 23, he had his own hip-hop label, Ill Boogie Records. After several years of increasing success, market forces sent his business — along with much of the record industry — into a tailspin. He traveled far down the scale but, at his lowest, found the inspiration that pointed him to toward a new shot at entrepreneurship and a new approach to business.

At his record label, Theriault handled everything from recording and mixing in his own studio to packaging and distribution. He sold CDs to record stores out of the trunk of his car until he turned the task over to a small distributor. Sales increased tenfold. Then music behemoth EMI picked up distribution and his business burgeoned.

That was in the mid-1990s. By 1999, digital downloads on sites like Napster started eating into his CD business. “The returns started coming in like crazy,” Theriault says. “In six months, I had zero money and had to go back to the label for an advance.”

In hindsight, Theriault says he can see the errors he made as his first business faltered. “I just sold CDs and didn’t think the party was ever going to end,” he says. “I was resistant to change. I was resistant to the internet.” He used the $50,000 advance to create a new album that “hit the market with just an absolute thud,” he says. By 2001, at age 34, he was out of business — and money.

From Real Estate Agent to Investor

Without a college degree and in competition with thousands of other laid-off music industry workers in Los Angeles, Theriault struggled to find his footing. “I tried selling insurance,” he says. “I tried multilevel marketing. I ended up bagging groceries. It was very humbling, to say the least.”

The turning point came one day on the checkout line. As a customer juggled her cell phone, two children, and her purse, an ATM receipt fell out of her wallet. When Theriault handed it back to her, he noticed the receipt showed a balance of $256,000. He had earned a seven-figure income a year earlier and he thought he would never see that much money again. “That felt like somebody socked me in the stomach,” he says. He left the store and sat in his car and cried. He had built his music business so effortlessly that he didn’t know what to do when it ended. “I was waiting for it to be easy again and it never happened,” he says. That day, he realized “this giant pity party I was hosting for myself” had to end.

On that day, an unlikely mentor appeared. The store manager, sensing something was wrong, pulled Theriault into his office to talk. The bagger told the manager his whole story. The store manager, who was approaching retirement, laid out all the ways he invested for it, buying apartment buildings so that he could live comfortably once he stopped working. He told the younger man that “real estate is the final frontier where the average person has a real shot at creating wealth,” Theriault recalls. He thought, “If this is the best shot the average person has, this is what I have to go learn.”

Within two days, Theriault was enrolled in a course to get his real estate license. After four years as an agent, he had moment of realization: “If real estate is the final frontier where wealth is created, I’m sitting on the wrong side of the desk.” He decided to move into real estate investing.

The next thing the entrepreneur did was something he had not done with his first business: educate himself. He found a two-year real estate investment course and took out a loan to cover the $22,000 tuition. He founded Epic Real Estate, and he has never looked back.

Learning the Skills for Success

In his days in the music industry, Theriault says, “I was focused on making piles of money.” Now, influenced by the book Rich Dad, Poor Dad, he has shifted his mindset to diversifying his revenue streams. From his Epic Real Estate Investing podcast, he has built a membership website where he offers online real estate investment training. He also hosts Body Do Over, a podcast about fitness and bodybuilding with his personal trainer, and the two will soon begin selling a protein supplement through that platform.

These days, Theriault doesn’t take much for granted. He focuses on learning the skills he needs to succeed in business and surrounding himself with like-minded successful entrepreneurs. He spent $20,000 to join a Mastermind Group of real estate investors and, in a year in a half, he says his business has made a quantum leap forward. “Whenever things aren’t going well, stop focusing on what’s happening and focus on what you want to have happen,” he advises. “It just changes your actions.”

This article currently has 6 ratings with an average of 1.8 stars