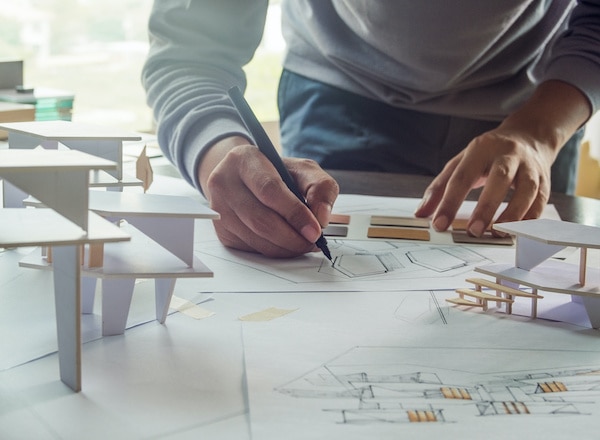 In the midst of a pandemic and nationwide quarantines, many people have taken up hobbies—macramé, decoupage, Paul Hollywood-level pastry work.

Skyler Kogachi is no exception. In his spare time, the Los Angeles-based business owner has become a master baker. It’s a bright spot in an otherwise challenging point in history.

Skyler decided to make the recipes, film himself in the kitchen, and post the results online. His website, Alone Together Baking, is a nod to the isolation of COVID times and the connections we make virtually. Some of his mouth-watering recipes include Shokupan and olive oil cake with roasted balsamic blueberries.

“My friends know me on Facebook for posting pictures of what I make, and I love getting inspired by what other people are making too. Someone posted babka, and I’d never heard of that before, but I guess it’s a Jewish sweetbread. I decided to try and make it, and it turns out it’s easy to do, and it looks so amazing. So I bake, and then I give things to neighbors.”

But despite the fact that his confections look good enough to sell, Skyler isn’t a baker by trade. He’s actually a self-employed architect with his own firm: Schism Design. His specialties are modernist, contemporary, and minimalist designs, which he applies to various industry spaces.

“50% of my work is restaurant or hospitality,” he says. “The rest is mostly residential, but there’s some commercial too.”

In the past, Skyler’s worked on a variety of restaurants—from high-end dining to celebrity chef passion projects and multipurpose cafes.

“Especially with hospitality, you have to really understand how to represent their goals in the project. One of the restaurants I did was called GameHaus—it’s a board game cafe. They had, I don’t know… 3,000 board games? I had no idea there were so many board games out there. But we came up with a look for how to display the games, and it really worked out.”

Like all his projects, Skyler’s restaurant designs are a thing of beauty. Unfortunately, since the coronavirus pandemic took hold in early 2020, those designs have also largely been put on hold.

“Business has been terrible. Who wants to open up a restaurant right now?” Skyler says.

Since coronavirus restrictions went into effect, Skyler says, numbers-wise, he’s lost about 50% of his normal work.

“I’ve had one new restaurant client during COVID-19, and it’s because a car ran through their storefront, and they needed to renovate,” he says.

Other factors have affected Skyler’s work as well.

“All the building departments closed down. So things I used to be able to do face-to-face now require a separate process. Then, when I drop off drawings, those drawings have to be quarantined for three days. I used to be able to spend maybe four hours in the building department, going from counter to counter to get issues taken care of or to get clearances. But now, it’s four weeks.”

For Skyler, the change in process hasn’t just been an inconvenience—it’s drastically affected his income.

“I’m paid by the milestone,” he says. “I work in phases. So if it takes me four weeks to get a client’s clearance done, that’s four times longer than before. I can’t move on until it’s done.”

To cope with the change in pace and income, Skyler knew he needed help. And while he certainly could make a killing on baked goods, he decided to invest his time in another direction: applying for a loan. Initially, Skyler was going to apply for a Paycheck Protection Program (PPP) loan through his bank.

“I wanted to be prepared, so I went to a few webinars. People were asking all these questions like, ‘What is this thing? How do I calculate this?’ By the end, I was really prepared for all that stuff.”

But the first round of PPP loan money went fast, and Skyler wasn’t among those who finished their applications in time.

“So when the second round came up, that’s when I decided to go through Intuit,” he says. “It literally took me 10 minutes to fill everything out. I submitted my application, and 20 minutes later, I got an email saying I was approved. I was like, ‘What? This is nuts.’”

But that wasn’t the only good news Skyler received. His loan also funded faster than he thought possible.

“The Monday after I applied was a holiday, and the loan was funded on Tuesday. I didn’t even realize I had that money until Friday when someone from the Small Business Administration called and asked about it. He said, ‘So you already got funded, right? It should be in your account.’ I’m like, ‘It is?’ So I looked it up and was like, ‘Oh, my God, the money is all there.’ It was just a complete surprise.”

Since receiving his PPP loan, Skyler says the benefits have been two-fold—both mental and financial.

“I don’t have employees, but the PPP loan covers my own salary, which is one of the reasons I’m not panicking. That money really helps. It’s allowed me to say, ‘OK, just keep working on what you have, and ride it out. Don’t worry about the business going in debt or not being able to pay yourself.’”

What’s more, Skyler says getting financial support may help couples—including him and his partner—put less stress on their relationship.

“I was reading an article that said COVID-19 is going to increase the divorce rate,” he says. “Not just because you might be with your partner or spouse 24 hours a day but because there’s financial strain and other worries. Luckily, we don’t get on each other’s nerves. But on top of that, this loan means there are no money problems right now. So there’s no arguing or anything like that.”

For Skyler and so many small business owners, work isn’t normal right now. But that little bit of financial assistance can make a big difference in feeling like “normal” isn’t such a long way away.

“I think, in general, architecture always has ups and downs,” Skyler says. “When we had the Great Recession in 2008, the restaurant side of the business completely shriveled up. It took a while for business to get back to normal.”

So in the meantime, Skyler is waiting. And while he waits, he bakes in a best-in-class panda apron and a pristine kitchen. He carefully kneads bread and rolls dough with the same care and precision he puts into his designs. Each new creation is the next most delicious recipe you’re likely to find on the internet. It’s a small reminder that even when we feel alone, we can still be together. 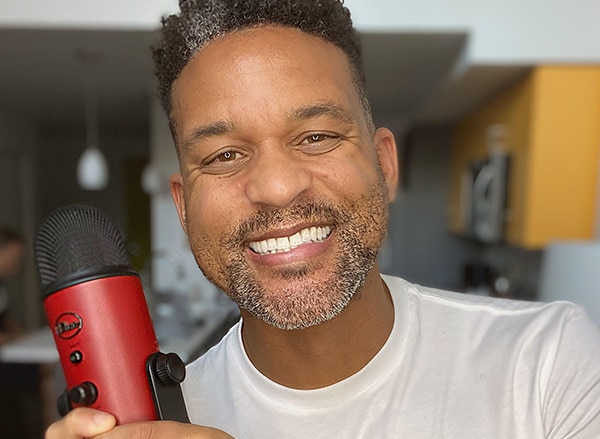 Ask the expert: How can business owners thrive in challenging times?
Rate This Article
★ ★ ★ ★ ☆

This article currently has 3 ratings with an average of 4.3 stars

Danielle Higley
Danielle Higley is a copywriter for TSheets by QuickBooks, a time tracking and scheduling solution. She’s been a contributor to MSN.com, FiveThirtyEight, and a variety of HR and business blogs where she can put her affinity for long-form storytelling to best use. Read more
Up next

Ask the expert: How can business owners thrive in challenging times?

10 ways to access debt relief for your small business

6 essential skills CFOs need to be effective leaders in 2020

Federal emergency loans: Who is eligible and how to apply

How one bookkeeper helped small businesses survive amid COVID-19