Customer’s choice: Does pay-what-you-want work as a pricing model? 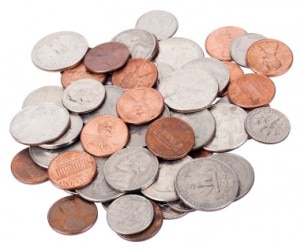 Have you ever considered letting your customers decide how much they’ll pay for your products or services? It may sound like a radical concept, but pay what you want (PWYW) pricing, sometimes called pay what you can, has actually been used by a number of companies. But, does it work for everyone? And, is it as simple as letting people pay whatever they want?

Before ripping the price tag off your products, it’s important to understand what the pay what you want model is. It’s also useful to know where this model has succeeded before, as some of the real-world examples may come from businesses that mirror your own.

What is pay-what-you-want pricing?

Quite a few U.S. businesses have experimented with pay-what-you-want pricing strategies and achieved mixed results. Under this scheme, customers opt to pay the price they want, including nothing at all in some cases. Companies will also sometimes have a suggested price to guide customers in the right direction.

It’s a little different from the sliding-scale model in that customers choose what to pay, rather than the business assigning a price based on the customer’s income or other circumstances.

If this pricing model sounds a little risky, that’s because it is. There’s always the chance that a large majority of customers decide to pay nothing or pay way less than what the product or service is worth. But, there are some cases where the PWYW model can benefit the business.

To illustrate where it works, let’s first look at some real-world cases for context.

The PWYW model has picked up steam in recent years, being used by more and more companies as time goes on. There are a number of use cases spanning various industries. Below are some of the more prominent cases where PWYW has been used to varying degrees of success.

Back in 2010, Panera Bread began using the PWYW model at its five Panera Cares locations, allowing customers to pay whatever they choose for every item on the menu. These nonprofit “community cafes,” which the company used to raise hunger awareness and implement job-training programs for needy populations, brought in about 70% of a traditional Panera store’s revenue. The Panera Cares locations fed every person who walked through the doors, even those who couldn’t afford to pay at all.

In early 2013, Panera tried a variation of the Panera Cares model, offering turkey chili with a PWYW price plan at 48 Panera Bread locations in the St. Louis area. A suggested price of $5.89 gave customers a benchmark for determining how much they’d pay.

Despite a flurry of initial interest, Panera dropped the campaign four months later after providing about 15,000 turkey chili meals. Panera spokespeople stated the campaign was a success, but still not giving back in a way they felt was sufficient enough.

In 2019, Panera closed their last Panera Cares location, as the profits for the restaurants had dipped too severely. Still, their PWYW experiment does show that the model can work for large chains, even if the success isn’t everlasting. The PWYW model can be especially great for established businesses that simply want to generate a buzz, as the Panera campaigns undeniably garnered media attention.

Java Street Cafe introduced a more successful PWYW model in the midst of the recession in 2009. The restaurant allowed customers to pay whatever they thought was a fair price for their order. Customers continued to pay amounts similar to what the business had charged before the campaign. The cafe was already established in the community, and its loyal customers wanted to see it stick around.

While Java Street Cafe actually saw a 13% increase in sales after the move, it was forced to close its doors later that year — but because of previous financial circumstances, not because PWYW didn’t work. In a press release, owner Sam Lippert says PWYW is a successful business model, and even mentions plans to reopen after clearing up some financial obligations.

PWYW pricing can be implemented in other industries too. The band Radiohead offered its “In Rainbows”album using a PWYW model in 2007. Overall, about 38% of fans chose to pay, while the rest opted to download it for free. The average price paid in the U.S. was $8.05, or $3.23 when factoring in the free downloads. The effort did capture attention, however. In just 24 days, the album had 2.3 million downloads, with 400,000 via BitTorrent on the first day.

In the same year, “Paste Magazine” ran a one-year subscription as PWYW for a two-week period. The magazine’s effort resulted in 30,000 subscribers, which typically would have required 2 million pieces of direct mail.

At the time, “Paste Magazine” was fairly new and in need of subscribers and brand recognition. This PWYW campaign resulted in that large subscriber boost, and nearly all of those subscribers stuck around afterward.

Humble Bundle, a digital video games storefront started in 2010. From the beginning, they utilized a PWYW model, allowing users to choose how much they wanted to pay for curated bundles of PC games.

What sets Humble Bundle apart from other PWYW brands is their pricing slider. This slider allows customers to choose how much they pay and how much of the money goes toward the Humble Bundle store, the developers of the games, and a charity being promoted.

Another unique feature of Humble Bundle is their tiered pricing. As users pay more, they unlock more games within the bundle. As more people buy the bundle, the average price will increase. If you choose to pay the average or beyond you’ll unlock bonuses, giving customers an incentive to give more.

Humble Bundle continues to lead the PWYW charge, still selling bundles that allow customers to donate to charity and pay the developers of the products whatever they want. They’ve also branched out into eBooks, development software and beyond. Some of their bundles have seen sales in excess of $1 million, so it’s safe to say the PWYW model has worked very well for the company.

Wikipedia, the giant online encyclopedia, has used the PWYW model for years. Wikipedia is free to access, but always allows users to donate any amount they want to support the hosting and editing of the pages. They also run donation drives a few times each year where they prompt users to pay whatever they can to help keep Wikipedia running.

For Wikipedia, the PWYW model has been a tremendous success, helping them raise more than $112 million during the 2018-19 donation run.

Pay what you want isn’t just for big business

PWYW pricing is fairly commonplace in the small business world. If you’ve ever noticed a donation button on a blog or within a mobile app, you’re witnessing PWYW in action.

Tons of apps deploy this strategy, relying on loyal fans and users to throw a few bucks toward continued development. But, it’s not usually a good stand-alone strategy to fund your business.

If you set some parameters, PWYW can work. Carol Tice of MakeaLivingWriting.com uses PWYW for freelance writing courses, setting a minimum price as well as a higher suggested price. “We usually have several people pay the higher suggested price ($79 on the recent $47 sale we did), and quite a few will pay more. We had many $50 and $55 purchases on PWYW over the $47 asking price,” Tice explains.

These sales are offered on a limited-time basis at deep discounts, making the PWYW price point more in-line with a traditional sale in this case. Her PWYW courses often outsell those offered at a set higher price point, so she actually makes more money using this model.

How to do pay-what-you-want right

The experiments above suggest a few PWYW best practices. While these aren’t hard and fast rules, the following best practices can help you avoid a heavy loss when using the PWYW model.

PWYW can be a great way to drive sales when utilized properly. Keep in mind that it isn’t going to be a great fit for every business, but it is great for those with low overhead costs or a charity to partner with.

Succeed where you want

Is PWYW an effective long-term pricing strategy? Panera made it work with the Panera Cares cafes because the company’s overall revenue was sufficient to balance out any losses, which often isn’t the case for small businesses. For most businesses, having a fixed price that you as the owner set is the way to go.

But, as these examples suggest, PWYW can be a useful short-term means of gaining traction and visibility — if you plan carefully and work to minimize potential losses. And, for other businesses, like Humble Bundle, it can be a winning on-going strategy.

This article currently has 11 ratings with an average of 3.5 stars

Angela Stringfellow
Angela Stringfellow is a freelance writer who covers all aspects of business and marketing, crafting stories that educate and engage audiences on topics like social media, content marketing, business productivity, and leadership. You can find her at TruthInTeaching.com or CODAConcepts.com. Read more